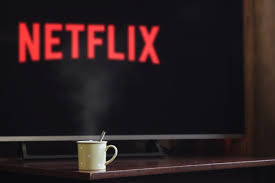 As competition and lower-than-expected subscription numbers caught up to the company, a previously bullish analyst at Pivotal Research cut his price target from $515 to $350. Netflix closed at $254.59 on Tuesday, the lowest closing price the company has seen all year.

The analyst, Jeff Wlodarczak, cited higher than forecast costs of content and increased competition. He specifically pointed to the multi-billion-dollar deal WarnerMedia’s HBO recently struck to get exclusive rights to “The Big Bang Theory.”

“Against this backdrop of accelerating industry spend we believe the right move for NFLX management is to also materially accelerate their spend…to keep its sizeable content lead on its peers,” Wlodarczak said.

Competition has been heating up for Netflix. Apple announced earlier this month that its streaming service Apple TV+, which is expected to roll out November 1, will cost $4.99 per month and will include a free subscription for a year with the purchase of any new Apple device. Disney+, Disney’s streaming service, will be released on November 12, and will be offered in a bundle with Hulu and ESPN+ for $12.99 per month. NBCUniversal’s anticipated streaming service, which the company named “Peacock” this week, will launch in April. WarnerMedia is also expected to release a streaming service in the spring, which will cost between $15 and $18 for a subscription. Netflix’s basic streaming plan costs $8.99 while its standard plan is $12.99.

Netflix’s second-quarter earnings report this year showed that the company lost over 100,000 subscribers in the U.S. during the quarter. The company also missed estimates for its international subscribers, adding only 2.8 million over the quarter instead of the 4.8 million analysts surveyed by Factset had expected.

Neil Macker, a senior equity analyst at Morningstar, said Netflix is overvalued, and its problems are far from over.

“Competition is here and it’s going to continue to expand, not only in America, but internationally,” Macker said.

He said the company will have to invest in subscribers internationally, which likely means adding to its content slate.

Netflix blamed its content slate for its lower-than-expected earnings last quarter, and said it will continue to focus on original programming both domestically and internationally.

“We think it’s been very important to the business to continue pushing down that road, so the more international, more global, more original film,” Chief Content Officer Theodore Sarandos said during the company’s last earnings call.

“The company is going to continue to burn cash,” Macker said.