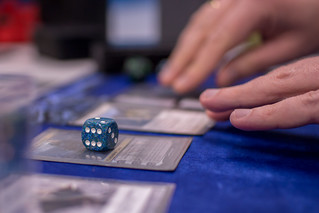 The release of the game, which has been out in a beta version this past year, not only marks the toymaker’s continued push into digital gaming for traditionally tabletop games but new ways to market products to people.

The company is setting its sights on e-sports, streaming, and influencers as ways to expand the reach of its popular brands “Magic: The Gathering” and “Dungeons and Dragons”.

“Stories power our games, and people tell our stories,” Wizards CEO Chris Cocks said Wednesday, during a Goldman Sachs conference on the future of e-sports and video games. “E-sports has been a big new way for us to expand how we tell those stories.”

E-sports includes competitive tournaments with huge cash winnings for players. It brings a sports mentality of gameplay for Magic: The Gathering, Cocks said. Influencers, such as sports stars and comedians, will be a part of the future of how the game is marketed, too, he said.

Streaming gameplay of games on services like Twitch is part of that modern outreach push, too.

Voxy, a Twitch user who has 10,000 followers, has been streaming “Magic: The Gathering Arena” games since last year. It’s a social game, but it’s not always easy for people to travel to their local games stores to play, so the PC version is the perfect mix of being able to play the game at home while also playing against real people, she said.

“I have absolutely seen MTGA grow since last October and I expect the numbers to keep climbing,” she said. “I absolutely love the game.”

Wizards sees major growth opportunities in the digital space and the company is investing in it accordingly. It’s expanding its long-standing brands like Magic: The Gathering and Dungeons and Dragons into new domains, including video games, mobile games, alternate and virtual reality.

This comes at a time when toy sales are projected to pick up this year, with the strongest growth coming from action figures, dolls, and games and puzzles including strategic trading card games, according to a report by The NPD Group. “Magic: The Gathering” is among brands that have pushed growth in trading card games. NDP Group expects growth to continue under consumer trends like people staying home for entertainment and social media sharing of noteworthy games.

Branded franchises drive Hasbro’s revenue. “Magic: The Gathering” led a 14% increase, to $576.7 million, in franchise brands in the second quarter over last year. It was thanks in part to the release of new Magic card sets, which the company has been pumping out each year. The digital version will free, with in-game options to pay for enhanced play.

Hasbro CEO and chairman Brian Goldner said during the company’s second-quarter earnings call the brand’s performance was driven by growing engagement and monetization of tabletop and Arena.

Shares were flat at $117.40 a share on the “Magic: The Gathering Arena” release day.

It’s a “powerful emotional motivator” to play games face-to-face at a time when society is more accustomed to spending more and more time looking at screens at work or in free time, he said.