With New Hire, Gap Banks On Athleta To Pull Up the Company 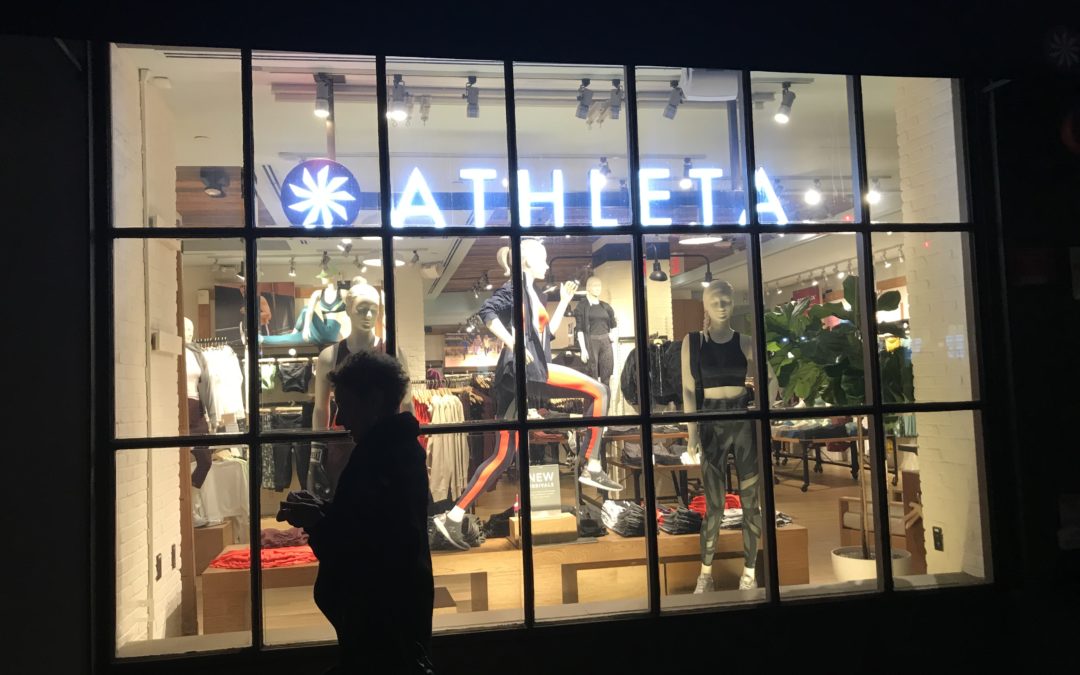 It looks like Gap Inc is upping its game in the women’s activewear market.

The company appointed Mary Beth Laughton as president and CEO of its Athleta brand on Tuesday, September 24, hiring an executive experienced in both sportswear and women’s products. With the company set for a noticeably different profile after Old Navy spins off in 2020, Gap Inc appears to be grooming its women’s athleisure brand to play a major role in future growth by finding a leader from outside.

Laughton comes over from beauty products giant Sephora, where she was executive vice president of omni-retail. She also previously served at Nike in several different roles.

“She is the right leader for Athleta, with a proven track record in driving consistent results in multiple growth markets, including performance apparel and beauty,” said Arthur Peck, president and CEO of Gap Inc.

With Old Navy leaving the portfolio of brands, Gap Inc. needs Athleta to remain a strong performer to turn around company performance. Gap Inc. stock value has dropped 40% in the past year. Old Navy and Athleta have traditionally been two bright spots for the company, while figures from other high-profile assets, such as Gap and Banana Republic, have dragged it down. Comp store sales for Gap Global – which comprises data of several brands including Gap and Athleta – are  down 9% so far in fiscal year 2019, despite Athleta’s positive growth. Comp store sales from the Banana Republic chain fell 3% in the same period. Even Old Navy has seen its comp store sales slip so far this fiscal year – down 3% after years in positive territory.

Laughton’s hiring is the second major news item coming from Athleta in recent months. In July, Gap Inc. signed a clothing sponsorship deal with Olympic gold medalist Allyson Felix following her split from Nike. The sponsorship is Athleta’s first, and Felix is set to figure prominently in Athleta’s “The Power of She” campaign aimed at empowering girls and women. Through its deal with the popular and outspoken track star, the company has found a role model to showcase Athleta as a brand for independent women.

Both Felix’s sponsorship and Laughton’s appointment show that Gap Inc. recognizes the current strength of the women’s athleisure market and its need to capture a larger market share in order to reverse its year-long slide. These investments in Athleta put the brand on stronger footing to effectively compete against Lululemon, a leader in the activewear sector that has consistently grown the last five years.

Lululemon’s current market cap value stands at $24.72 billion, an increase of almost 15% from the same point a year ago.

“I’m pleased with the acceleration of the Athleta business from Q1 as we clear through the softer swing categories and the momentum we see as we head into the second half of the year. We’ve reinvested in marketing at the brand, which drove increased demand and healthy customer growth” he said.

That reinvestment includes opening 25 new Athleta stores by the end of the year, bringing the total number to 185.

Gap Inc. is not alone in capitalizing on the popularity for women’s athletic clothing. Dick’s Sporting Goods, whose customer base has traditionally been male, is increasing its offerings for women. The retailer also plans to produce more female athleisure products in its own private label, DSG.

Following the announcement of Laughton’s hiring, Gap Inc stock closed Tuesday at $17.18, down from $17.57 at opening.