Harley Davidson’s $30,000 Electric Motorcycle May Not Be Enough to Fuel Growth 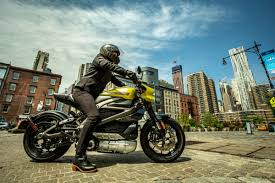 The iconic tough-guy motorcycle maker has entered the niche electric motorcycle market in an attempt to appeal to a demographic that is the opposite of its traditional cult following. Their goal is to add one million new riders by 2027. Analysts are skeptical that it will attract coveted younger riders they have repeatedly failed to reach, and stem its persistent decline.

“This is their way to draw a new crowd,” said Brian Yarbrough, senior analyst of equity research at Edward Jones. “We are skeptical. Harley brand has a cult following that doesn’t translate to younger consumers.”

Harley Davidson’s bread and butter has been its big, loud and heavy motorcycles like the Road King and the Heritage Classic, popular with their aging demographic of Baby Boomers. Consequently, Worldwide and domestic retail sales have both declined by over 8% each in the last year. Most baby boomers aren’t buying motorcycles, and younger riders buy small and nimble bikes and are not lured by the Harley brand or even know of it.

Riders who have twisted the throttle on the LiveWire said that it rides better than gas-powered traditional bikes – no shifting, electric-cooled and very torquey . It still isn’t enough to make them go electric or buy Harley. Many younger riders are not lured by the company’s image or the price tag.

“No way,” said Michael Thursby, 40, who has been riding motorcycles for 20 years and owns his own machine shop outside of Philadelphia. “It’s faster and more nimble and a blast to ride, but not at a price tag of 30 grand for a bike that only goes 100 miles.”

LiveWire does 0 to 60 in three seconds and around 100 city miles per full charge. Plugged into the wall, the battery takes approximately 12 hours to fully charge.

Harley’s biggest competitor in the electric bike market is privately owned Zero Motorcycles, which will release a new model this fall with a 200-mile capacity. Zero has been selling electric motorcycles for over 10 years. Zero’s premium bikes are one-third less expensive, can reach a full charge in 2.5 hours and travel 20% farther on a full battery.

The LiveWire may miss the mark, but Nathan Weber, sales associate at the Milwaukee Harley Davidson dealership, called it the “crown jewel of electric bikes.” He thinks that in time electric motorcycles will catch on.

“I think electric is definitely the future,” said Corinna Mantlo, 39, motorcycle custom seat designer and curator of the annual New York moto film festival. “But I put 13,000 miles on my gas bike this season so far and maybe a mile on the electric.”

Harley Davidson stock prices continued to be relatively unaffected by the LiveWire hitting the streets. Share prices closed at $35.97 per share, which was one-quarter of a percent up.