Verizon Vying to Bring 5G Quickly Across America, But Reality Moves Much Slower 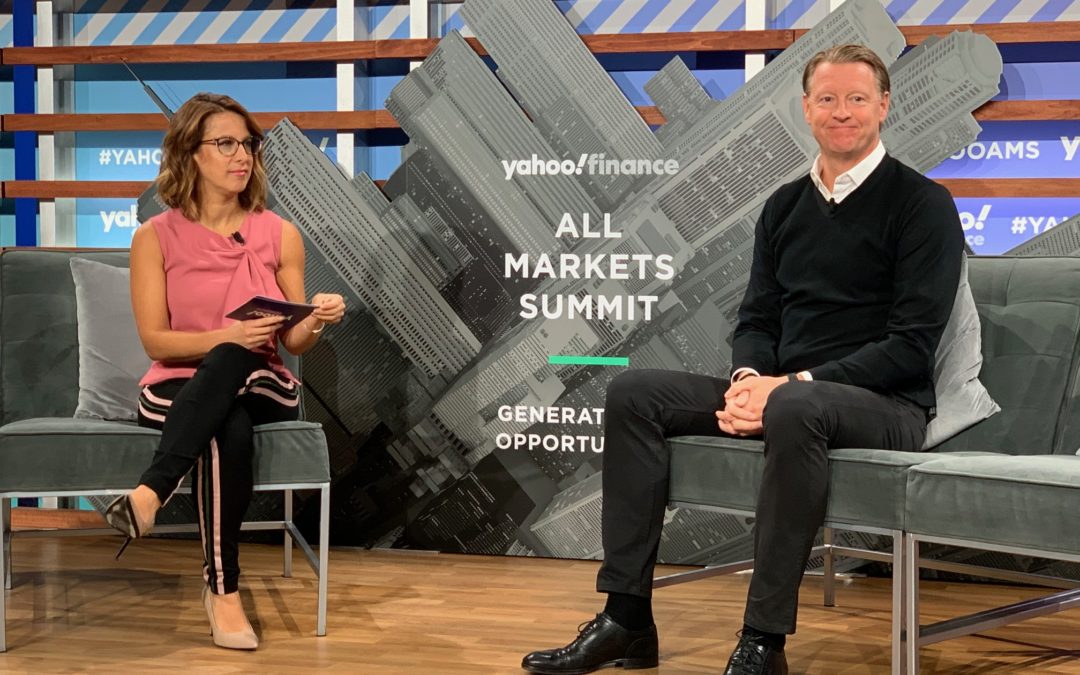 Verizon has dived into the race to provide 5G, and no one is more gung-ho about 5G’s potential  than its CEO.

In an interview at the Yahoo Finance All Markets Summit, Hans Vestberg – who has been among 5G’s biggest cheerleaders since he started his tenure at Verizon in 2018 – touted the transformative possibilities of the higher speeds, and he said Verizon is set to invest in it, no matter how the economic winds might be blowing.

“If there’s going to be a recession, we would build it anyhow because we are in the long term in networks,” Vestberg said.

But 5G’s rollout has hit road bumps in the U.S., with some technology analysts saying that 5G is not ready for a leading role on the technology stage.

Verizon had announced ambitious plans to bring 5G to 30 U.S. cities by the end of 2019. But so far the service had only reached 13 of those areas by the end of the third quarter. And where it is available, consumers have complained about spotty service, something which Vestberg attributes to growing pains of installation and rollout of a new network.

In addition to bringing 5G to mobile users, Vestberg also said Verizon had plans to bring 5G speeds to homes – which it began in 2018 – and to business customers. The launch of Verizon’s mobile edge computing centers is expected to bring the cloud network out and provide 5G to businesses. The first such center is set to debut before the end of the year, but a date still has not been announced for it.

While there is promise in what 5G can provide, some analysts see all the attention and platitudes Verizon and its rivals are lavishing on the service more as a tool to promote their companies, with 5G currently having little effect on most users.

“I think we’re still a pretty good distance away from 5G being a truly relevant technology for consumers,” said Michael Hodel, director of telecommunications and media research at Morningstar.

While every telecommunications provider may be touting their 5G potential, the technology is still early in development.

“I would say until you see Apple putting 5G chips in its phones, it’s hard to say that 5G is a truly mainstream technology,” Hodel said.

Businesses will see the benefits of 5G far before the mobile subscriber when it finally rolls out in a meaningful way, said James Ratcliffe, managing director and analyst at Evercore ISI.

“I think a lot of the initial applications are going to be more commercial, industrial, rather than on the phone or traditional devices because for consumers today – in terms of –  if I hand you a 5G phone, the experience is not going to be meaningfully different than a quality 4G network for the sort of things we use our phones for today,” he said.

While 4G has two types of capabilities – known as currencies – it can use, 5G has eight currencies. Vestberg plans to have Verizon utilize all eight of them to bring it to every type of customer, regardless of where the economy or consumer sentiment will swing – something he does not think all his rivals will do.

Verizon stock price has held steady this year, gaining a little under 5% since January 1. Its stock closed Wednesday at 59.22.

While 5G may still be far away for most of the public, Vestberg is nonplussed about Verizon’s charge toward it.

“There’s going to be ups and downs in consumer sentiment. It wouldn’t change how we would do it,” he said.