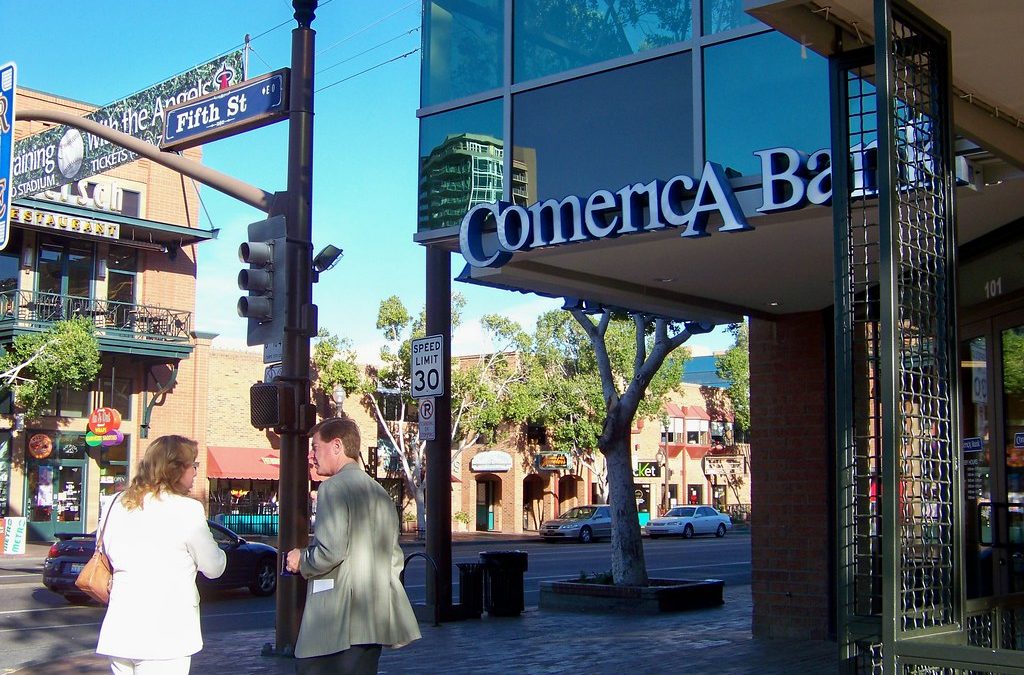 Falling interest rates are putting serious stress on Comerica Inc., but the regional lender is doing its best to downplay the impact on its profits.

But the bank’s most recent earnings include reduced revenue forecasts. A key revenue source,  net interest income, fell by $13 million between July and October from the year-earlier period. The hit is projected to be $35 million if the Federal Open Markets Committee lowers rates as expected at its December meeting.

“When you look at where they’re at with net interest margin declining, net interest income is declining, and that’s a slippery slope,” said Marty Mosby, a bank research analyst at Vining Sparks.

Lower interest rates often lower bank profits because they put pressure on the net interest margin, or the difference between the interest charged on loans and that handed out on deposits.

Comerica’s decision to estimate the impact of a December rate cut, rather than at the meeting later this month, is also telling, analysts said. Fed funds futures, which investors use to bet on interest-rate policy, showed a 78% likelihood of an October rate cut just after Comerica’s earnings were released.

“An October cut should be somewhat proportional to that, but at this point we’re not providing specific guidance on that October cut,” Farmer said.

Comerica stands out among its peers because of the outsize effect a quarter-point rate cut by the Fed has on its net income. The Dallas-based bank’s balance sheet include a large share of commercial and industrial loans, which are the most sensitive to changes in short-term rates.

“There is potential earnings at risk if the Fed continues to cut rates, and deposit balances continue to run off, which could hold the shares back this year,” Brian Klock, an analyst at Keefe, Bruyette and Woods wrote in a note.

Earnings per share of $1.96 topped analysts’ expectations of $1.90 and edged the $1.86 reported for the same period last year.

But the lower revenue and weaker growth prospects weighed on the stock, analysts said. Comerica shares fell $1.09, or 1%, to close at $65.49 Wednesday before ending the week little changed kat $65.45.