Thinking about home caregiving for your aging parent? Make sure you know the costs 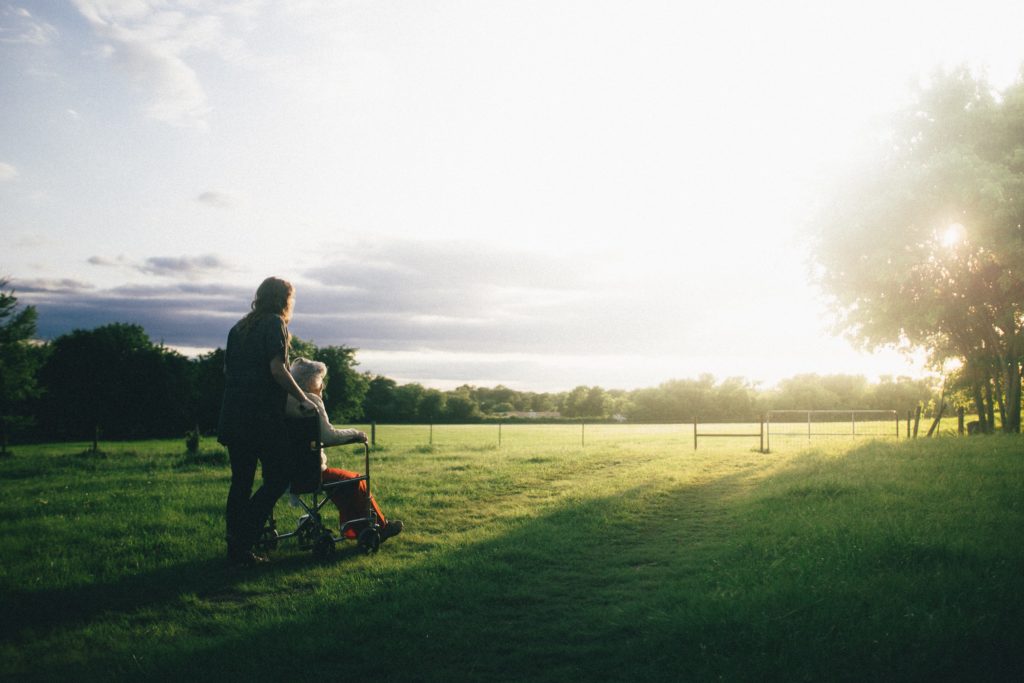 With an ever-aging population and longer life expectancies, adult children are being forced to make tough decisions about their parents healthcare. The U.S. population is approaching areas where home health care services are in extreme demand, with no signs of slowing. Weighing the cost of home caregiving versus assisted living communities provides a wealth of challenges to quality of life and financial stability.

Brittnai Long, a 31 year old from Lithopolis, Ohio, a suburb of Columbus, began taking care of her father full-time after he suffered major injuries from a horse racing accident in 2015. Major surgeries were required to fix a dislocated knee, broken ankle, and shattered hand with lacerations. After the accident Long quit her full-time job as a medical assistant to take care of her father while her mother worked during the day. Long then took a job working a night shift at a fulfillment warehouse at L Brands in order to make ends meet.

Many caregivers who maintain other jobs report that the burden of care has adverse effects on their employment. In a 2015 survey by AARP, 49% of caregivers reported that they had to go in late, leave early, or take time off, while 6% reported having to give up work entirely. That number increases to 12% for individuals spending over 21 hours providing care.

Caregiving can begin simply with tasks like preparing meals, giving medications, and setting up appointments. But as parents’ conditions deteriorate, the level of responsibility and time commitment increase. Many individual’s instincts would have them considering nursing homes or assisted living facilities to handle the burden of care.

But due to the intimate nature of the care many “people prefer to get care from family members,” said Gal Wettstein, research economist at the Center for Retirement Research at Boston College.

In Long’s case, taking care of her father was a full time job in itself. He couldn’t walk without assistance for over 3 months and required full time supervision because of a high fall risk. With his dominant hand shattered, Long was responsible for almost everything — like bathing him, brushing his teeth, and preparing all of his meals.

“You just have to sacrifice a few things,” says Long. “I probably didn’t have to do everything that I did, but I didn’t need to put any more stress on my parents, because they have their own lives going on.”

Long would take care of her father from 7 a.m. to 4 p.m. while her mother worked a full-time job during the day. She would then commute 30 minutes to her night job and work until 5 a.m., return home briefly to sleep for an hour, then travel back to her father’s house to start the cycle again.

The burden of full-time care may be too much for adult children to bare, and many consider putting their parents into a home or assisted living facility in order to return to work. But often these alternatives grossly outweigh the cost of home care.

A study by Genworth Financial reveals that the average monthly cost of a private room in a nursing home is $8,517, totalling over $100,000 in yearly expenses.

An option for parents and caregivers to get ahead of costs is to sign up for long term care insurance, which covers formal care services. Regular health insurance and Medicaid fail to cover home caregiving services, which comes as a surprise to many. This insurance must be purchased by the individual who needs care, requiring children to consult with parents early on in the decision making process. But an individual may fail to qualify for this insurance if they already have a debilitating condition.

Long’s father had decent insurance as a state employee, but the actual costs of caregiving can leave individuals stunned when having to max out their credit cards. “There are so many things that insurance doesn’t cover that people don’t realize at the time,” says Long. “You don’t think of upfront money that you have to use at that time.”

The costs of copays, gas, and food add up over the course of caregiving. And in the case of Long’s father, extra equipment like a wheelchair and wheelchair ramp were required  — and were not covered by insurance.

Many government programs provide financial assistance for caregivers of veterans or individuals with disabilities. Long said she applied for help from the state, but wasn’t eligible for any assistance, despite having to pay for both her own bills and her father’s.

During the time she was caring for her father, Long maxed out all of her credit cards and depleted much of her savings. And now almost five years after the accident, Long still has a ways to go emotionally and financially.

“It’s still a struggle because I’m still trying to catch up and get back to where I was,” she says.