Data the key to dating? Maybe, but not so fast, Facebook 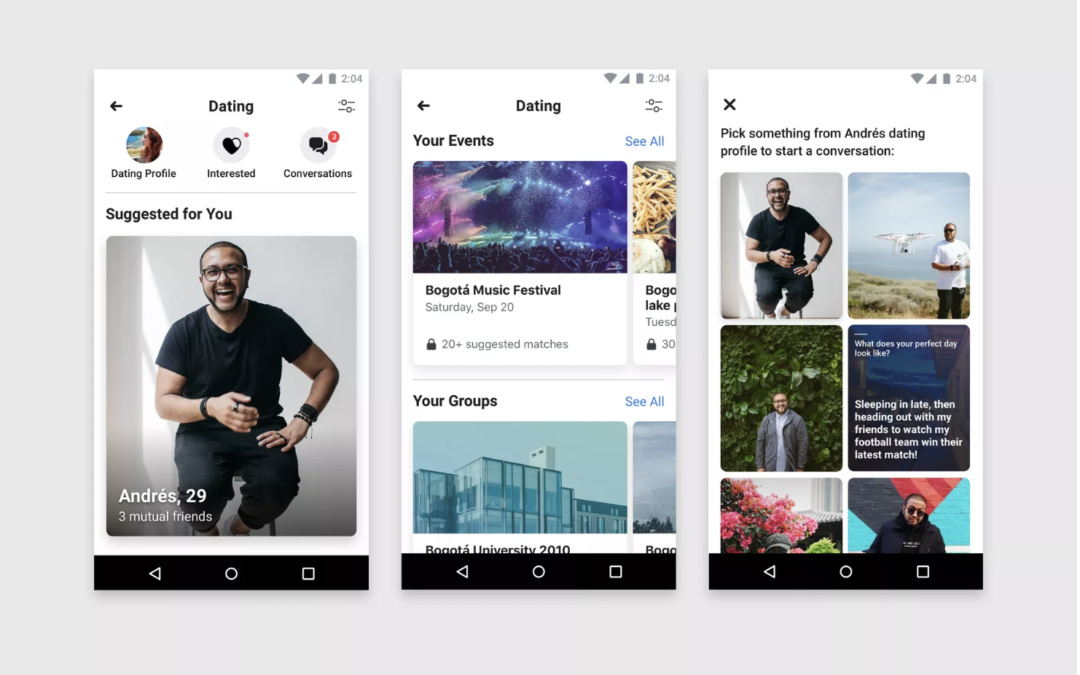 When you think of jeans, your mind instantly goes to Levi’s. The same with orange juice and Tropicana. Breadsticks and Olive Garden.

Likewise, Match Group’s Tinder has become synonymous with online dating. It’s managed to stay resilient in the face of competitors like Bumble, while other legitimate rivals – OkCupid and Plenty of Fish – aren’t rivals any longer, because they all belong to Tinder’s parent company. Match truly has a monopoly on monogamy. (Or polyamory, depending on how you roll).

Enter Facebook. The social media giant’s latest foray is into romance. Facebook Dating launched in Colombia in September, and rolled out in Canada and Thailand in November.

The main reason Facebook could become a love behemoth is data. As we’re all too aware, Facebook knows some stuff about us. And these days, dating needs data. Apps want to know your interests, location, and favorite hangouts to reveal your most compatible match. Facebook already has gobs of that information, and can exploit it in its algorithms, in order to find your most poke-worthy.

Despite Facebook’s rich data and unique features (including Second Look, whereby you can reconsider options you previously discarded, eliminating the eternal fear that you accidentally clicked away your future boo), Match Group is ostensibly unfazed. During Match’s most recent earnings conference call on Nov. 6, CEO Mandy Ginsberg said that Tinder is still the number-one dating app in Colombia. “Tinder users aren’t going to leave Tinder to go to Facebook,” Ginsberg defied.

She added that Match’s reliance on Facebook, for both sign-ups and in-app advertising, was diminishing. More than 70% of Tinder subscribers now choose to sign up via SMS text rather than via Facebook, Ginsberg noted during the call.

Match has debunked the notion that Facebook Dating will cause a significant disruption, said analyst Brandon Ross, from financial services firm, BTIG. He admitted that it’s only when it launches in the US that we’ll truly know the impact, but “it’s not a real overhang on the stock anymore.”

Facebook’s access to our data is just as much a curse as a blessing. Public wariness of Facebook has grown in the wake of the Cambridge Analytica scandal, according to a Reuters survey conducted in March. While 66% of Americans trusted Amazon and 62% trusted Google, only 41% trusted Facebook.

While dating is merely another notch on Facebook’s belt, it is the defining product for Match, and therefore the recipient of all its resources and brainpower. Match is on the cutting edge of developing imaginative features, such as this year’s Tinder U, aimed at allowing college students to meet similar singles on their campuses. Ironically, Tinder U echoes what Facebook CEO Mark Zuckerberg intended in the halcyon Harvard days of Facebook: to connect people within those closed societies, granting social exclusivity simply with a .edu email address.

Contrary to what we may think, not everything Facebook touches turns to gold. There are caskets full of products that have bitten the dust, most notably the copycats. Take Lifestage, its attempt to imitate Snapchat, which the company quietly scrapped in 2017 after it never took hold. The Snapchat generation equates selfies and filters with Snapchat, not grandma’s platform, Facebook.

By the same token, for millennials, Tinder is synonymous with dating. Perhaps audiences will split by demographic; as Facebook is increasingly becoming the older person’s platform, it’s possible that age group will flock to find love on Facebook.

But for a generation that’s grown up with Tinder, that receives all of Tinder’s marketing and product resources, and that is perhaps warier of an omniscient, fake-news-friendly Facebook, the advances of a covetous suitor pose little threat.