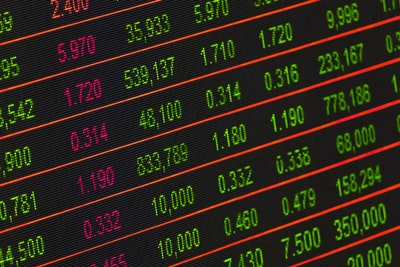 President Trump’s endless trade war with China and his administration’s threat to delist its companies from American exchanges is a threat to economic growth, says the CEO of the nation’s second largest exchange.

“We want to be seen as the land of opportunity for companies to get access to U.S. investors,” Friedman said at Thursday’s Yahoo Finance All Markets Summit. “We have to find ways to get past those trade issues and drive growth.”

She cited markets in London and Hong Kong as being ideal places for investors to turn if they continue to be deterred from U.S. markets due to the volatile trade war and unnecessary government scrutiny that keep companies from going public.

“Going public is such a huge Rubicon to cross,” she said. “It is in our economic interest to keep our markets open.”

Though the U.S. has made a strong recovery from the 2008 recession, she said this success is threatened by slowing global economic growth spurred by a cooling Chinese economy that Europe is heavily reliant on.

For these reasons, Friedman doesn’t think punishing China further is the answer to these economic concerns. She criticized President Trump’s previous threats to delist Chinese companies from U.S. markets.

“The good news is that the administration backed off of that statement,” she said.

Instead, she believes that both domestic and foreign companies should be allowed to join U.S. public markets earlier in their life cycles. Doing so would promote innovation and encourage both domestic and global growth.

“If we can make the public markets more inviting, a more normal experience, I think you’re going to find more companies that are going to want to come out and do it sooner,” she said.

In her three-year tenure as CEO of Nasdaq, Friedman has taken an expansive approach in her own corporate strategy, citing “global market expertise” as being one of the company’s greatest strengths.

In addition to owning foreign exchanges, Nasdaq has introduced its trading technology in markets around the world. Under Friedman’s watch, the company is no longer just a stock exchange, but a service provider that operates on a global level.

“She kind of made that transformation more known to the investment community,” said Owen Lau, an analyst at Oppenheimer.

Some analysts believe these changes were essential to the company’s continued success.

“They had to diversify and get into all these data, corporate governance-type compliance businesses and technology businesses for exchanges,” said Richard Repetto, an analyst at Sandler O’Neill & Partners LP.

Nasdaq highlighted a 10% increase in revenue from its non-trading business in its last quarterly earnings report. It also acquired the Center for Board Excellence (CBE), a provider of corporate governance and compliance solutions, at the beginning of October.

Friedman is optimistic about the company’s future.

“We’ve raised something like $27 billion this year alone on Nasdaq,” she said. “We are extremely proud of the performance we’ve had and the companies that have chosen to come to Nasdaq.”