A costly move: Etsy shakes things up with free shipping 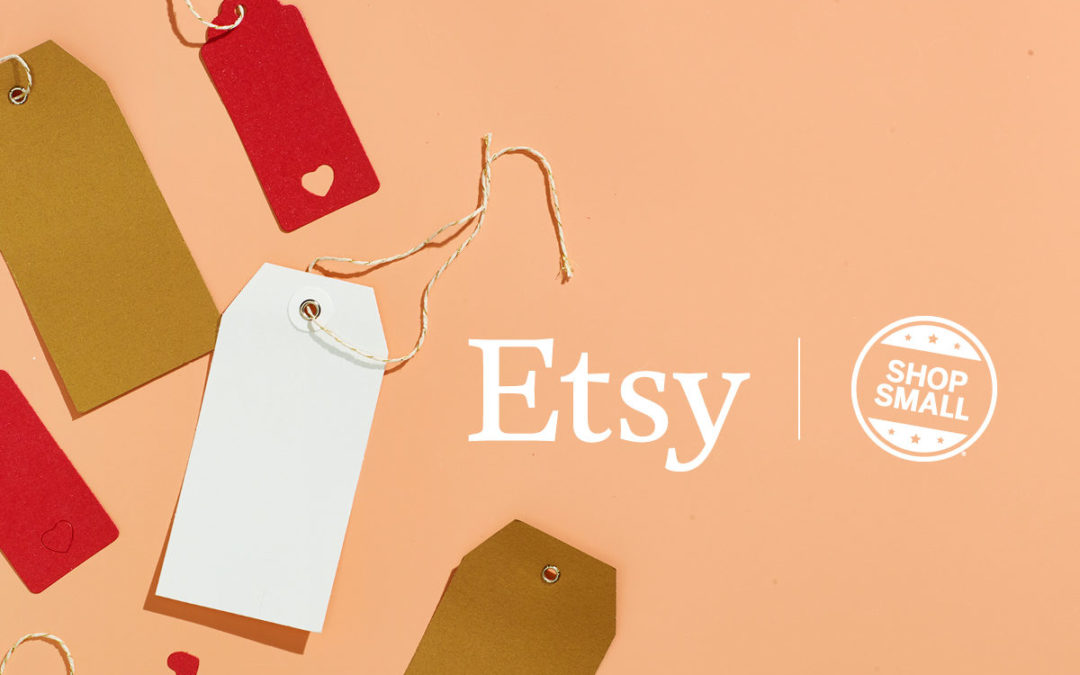 Etsy’s new chief executive, Josh Silverman, is betting its success on free shipping to compete with Amazon, but not without much opposition from the Etsy community.

In July, Etsy announced its Amazon-like strategy of free shipping. Sellers were encouraged to provide free shipping on orders over $35 and for those that did, they’d be rewarded with a boost in their shop’s search ranking. While those who didn’t, and were previously successful, would be suppressed in search, potentially leading to a loss in sales. Etsy introduced free shipping to reduce friction from buyers at checkout to increase sales volume. Instead, much of its costs has shifted to sellers.

75% of consumers now expect delivery to be free, even on small orders, according to a report from the National Retail Federation. 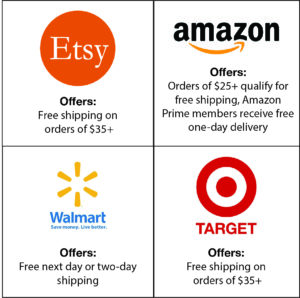 “As the realms of physical and digital shopping converge, retailers are offering more choices than ever in terms of how and when shoppers receive their purchases,” the report noted. “And consumers are embracing these new fulfillment options – as long as they’re free.”

Since Etsy’s adoption of free shipping, the company has noted that sellers are absorbing more of the costs than expected. The hope was that buyers would. However, Etsy’s chief executive still believes free shipping is a critical catalyst for its desired expansion and success.

“Breaking out the shipping costs and rubbing it in a buyer’s face has meaningful friction in the purchase process. I don’t know that we ever win on shipping,” said CEO of Etsy, Josh Silverman. “We’ve just got to stop losing.”

Independent sellers and small-business owners on the platform were left confused and frustrated with how they would move forward, following the announcement.

“I now try to avoid buying anything that will weigh over a pound because I know that it will cost me at least $8 in shipping and higher shipping costs will cut into your profit,” said Dargay.

She initially resisted when the rollover to free shipping began, but her June monthly sales took a dip. The following month she decided to make the change to free shipping.

“I had to re-research every listing, because to simply offer free shipping without any adjustments would have been an economic problem for me. That meant looking at other places selling the same or similar item and seeing what they are selling for and making sure my price is competitive without making me eat more in terms of profit,” said Dargay.

Etsy’s free shipping initiative follows a series of adopted company-wide strategies since the appointment of former eBay executive, Josh Silverman as CEO in May 2017.

“High shipping prices is one of the top reasons people don’t buy on Etsy. Most importantly, it’s the No. 1 reason they say they’ll never come back,” said Silverman.

After taking the helm of chief executive, Silverman shared in October 2017 his new vision as CEO under the ethos of “Keep Commerce Human” revealing a three-tier strategy he ensured would be fixtures to Etsy’s success. Its strategies, however, seem to prioritize capitalism over craft as pressures continue to mount around profitability and shareholder’s demands since the company went public in 2015.

Under the former and ousted chief executive, Chad Dickerson in Etsy sought after a B-Corp certification in 2012.

“We believe that business has a higher social purpose beyond simply profit,” said Dickerson in a news release.

In November 2017, Silverman announced the company decided to forego its B-Corp certification, a certification for companies with high standards of social and environmental performance, to maintain its existing corporate structure.

The stock price reaction to free shipping was drastic. Shares of Etsy fell down 16% to $44.99, amid fears of long-term sustainability, following the company’s Q3 earnings report. Despite concerns from investors around Etsy’s growth, analysts see no real issue.

“We don’t see a structural or fundamental issue in the marketplace platform for Etsy in terms of demand for sellers and buyers,” said Shweta Khajuria, analyst at RBC Capital Banks.

“The idea behind the free shipping is to improve the consumer experience, which has really become table stakes in e-commerce,” said Ygal Arounian, analyst at Wedbush Securities.

Amid one of the biggest dips in its single-day share price since 2015, Etsy’s revenue has continued to show strong growth.

The turn in revenue follows a tumultuous time for the company leading up to Silverman’s succession as chief executive. Expenses previously posed a strain on the company’s profitability.

Etsy reported a net loss of $2.5 million during its third-quarter in 2016, following reports of $88 million in revenue. Since then, Silverman has had much to do with the company’s boosted revenue and gross merchandise sales. In the fourth quarter of 2017, Etsy reported a record amount of $1 billion in sold merchandise. The company’s stock also saw a 50% uptick in Silverman’s first six months as chief executive.

The growth in revenue has also allowed the company to increase its marketing towards the heavy promotion of efforts such as free shipping.

In September, months ahead of the holiday season, Etsy launched its inaugural TV holiday advertisement campaign with free shipping front and center. Etsy worked with The Frank Collective, a creative branding agency, to bring the advertisements to life.

“It was less about saying to somebody, ‘Hey, you haven’t heard of Etsy? Here is what Etsy is.’ and more encouraging people who already knew Etsy to have more frequent purchase occasions,” said JJ Loonam, managing director at Frank Collective.

Free shipping’s revolutionary influence on the way consumers shop is not a one-size-fits-all for merchants who adopt the option, especially for smaller businesses trying to compete with the likes of Amazon.

Etsy, in particular, has a marketplace that functions off the strength of its sellers. Much of the company’s success has been due to its ability of honing in on what makes Etsy special in a seller’s eyes. But its adoption of free shipping seems to craft a different story. Most of the individual artisans on Etsy’s platform don’t have the resources to foot the costs of free shipping. And if Etsy isn’t careful, its latest shake-up with sellers could lead to the company’s demise.

“If Etsy tries to essentially scale and grow substantially while leaving their sellers behind, that could be its biggest detriment,” said Oweise Khasi, Gartner marketing analyst.

While the stakes have been high for Etsy since it’s free shipping debut, Khasi believes the company is doing a “good job” with maintaining its ethos and keeping up with the pace of retail consumer expectations through its growth efforts to scale.

E-commerce rivals such as Amazon are able to swallow the costs of free shipping. With Amazon’s multiple revenue sources including its movies, streaming service and web storage the company is less dependent on money from shipping.

Amazon spent $27.7 billion on shipping costs in 2018, up from $21.7 billion in 2017. And, many others including Walmart, Target and Best Buy have boosted their resources to offer two-day and next-day shipping to compete.

Although many sellers on Etsy aren’t sold on the platform’s adoption of free shipping, it’s not enough to stampede on Etsy’s success. Consumers expectations for free shipping hold the most weight and won’t be going away anytime soon.

65% of consumers say they look up free-shipping thresholds before adding items to their online shopping carts, according to a report from the National Retail Federation. A percentage that is projected to increase.

“Consumer expectations in terms of today’s retail environment is free shipping as the norm coupled with the speed of delivery,” said Khasi.

“Etsy is doing what they need to be doing, in terms of their growth. You will always have sellers who struggle to keep pace, but I do believe that essentially in the long-term this is a good strategy from Etsy.”