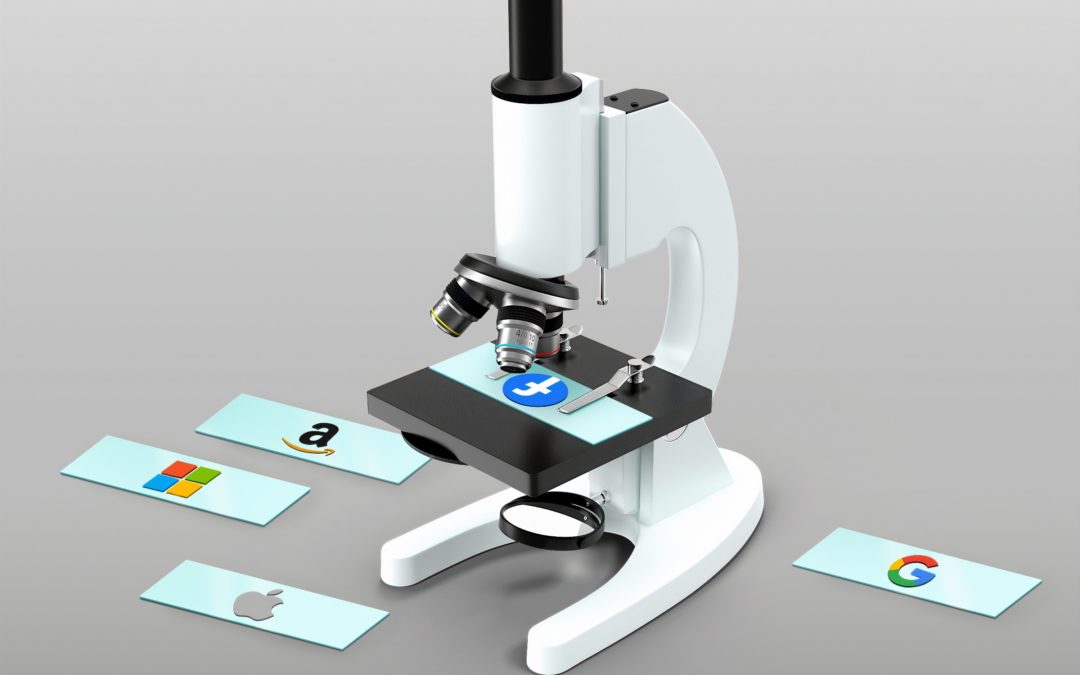 After soaring to record highs in August, shares of big tech stocks have driven markets lower this month as developing antitrust cases against four tech mega-caps stoke fears about the sector’s long-term viability.

The tech-heavy Nasdaq Composite, bolstered by investment in work-from-home winners, had just celebrated nine months of record gains, reaching 12,056.44 on Sept. 2, before it plunged over 10% to 11,458.10 the next day, entering a correction.

Tech sell-offs of Facebook, Inc., Apple, Inc., Amazon, Inc., and Alphabet, Inc. continued throughout the month and crystallized three straight weekly losses for all major indexes last Friday when the S&P500 finished at a 6-week low.

“If I look at the drop, Facebook experienced it, but so has Google and Amazon. It seems to be this rotation out of big tech,” said Michael Levine, Pivotal Research Group analyst. “Antitrust is certainly hanging over the stock; that’s for sure.”

The tech purge comes as federal and local governments have laid plans to pursue antitrust cases against four of the five FAANG stocks headlining the technology sector — Facebook, Apple, Amazon, and Alphabet. Only competitor-heavy Netflix has dodged a suit.

On Sept. 3, news leaked that The Justice Department planned to open an antitrust case against Google, possibly by month’s end, for its dominance in search and online advertising. The same day, Wall Street took its first nose dive since June — the S&P 500, led by a sell-off of Alphabet, Amazon, Apple and Facebook, fell 3.5% after closing at its highest-ever peak the day before.

Last week, the FTC said it would pursue an antitrust case against Facebook before 2021. In turn, Facebook shares slid throughout the week, slipping 7.3% percent from the announcement Tuesday and 5.27% over the past month.

Antitrust action against big tech, pioneered by the Obama administration and reprised under President Trump, is hardly the lone catalyst in the sector’s drop. The failing economy, missing stimulus package and ongoing trade disputes with China have each contributed to September’s bearish markets. Still, antitrust suits have piled pressure on an already-stressed sector and lit a fire under investor uncertainty.

“Antitrust concerns are going to continue to be there for large tech players over the coming year,” said Dan Ives, Senior Equity Research Analyst at Wedbush Securities. “I think it continues to be a black cloud on the sector.”

Before trading got shaky in September, shares of big technology looked resilient enough to shrug off antitrust action.

A congressional questioning of big tech CEOs in late July left the market unphased, if not perky. As the heads of Apple, Amazon, Facebook and Alphabet testified, shares of each of the tech companies jumped higher.

After Epic Games slapped Apple with antitrust filings in August, shares of the iPhone maker’s stock quivered for a day before surging through month’s end. The suit claimed Apple had violated antitrust law when it pulled the Epic game Fortnite from its App Store after Epic had tried to discount the game. In a month of legal proceedings, Apple refused to concede that its control of the App Store was anti-competitive and shares rallied as a result.

“Epic tried to capitalize on antitrust, but ultimately it was playing with firecrackers,” said Ives. “The whole thing was ultimately reassuring to Apple investors.”

Despite September’s decline, some big tech investors still view the stock’s value as a safe bet in the post-Covid world.

“I intend to hold through the dip,” said Reddit user Mill40, who bought shares of Apple to sit on as a long-term investment, adding: “I’m also not worried about how the election results could impact the stock market.”

Even if investors don’t have election-day jitters, analysts do. The election throws already-tumultuous tech into a season notorious for market fluctuations.

And some say a Democratic win could set off investor worries and sales. If Joe Biden becomes president or the Senate flips, either branch could make good on long-standing promises to break up big tech.

“If you had a full blue wave, that would be scary to larger tech players from an antitrust perspective,” said Ives.