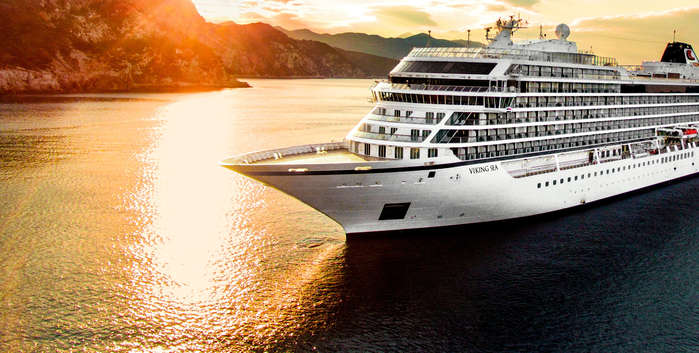 After plunging at the beginning of the pandemic due to travel restrictions, shares of cruise lines have been on a rebound through the summer.

Shares of Royal Caribbean (RCL) and Norwegian Cruise Lines (NCLH) have done better than the S&P 500 in the last six months, though Carnival (CCL) still trails. The S&P 500 Hotels, Resorts, and Cruise Lines Index is up 23% since April.

Carnival (CCL), which also owns Princess Cruise Lines, is up 77% from its lowest point in April, while Norwegian is up 95%. Royal Carribean leads the pack, up 174% from its low of $7.77 per share in March.

The rising tides of cruise stocks reflects investor optimism that consumers will return to the seas, as evidenced by short sailings that have restarted in Europe. Cruise lines already have passengers booked for next year, and expect the number of bookings to return to normal in late 2021, especially on luxury vessels. The long term outlook depends entirely on the development and success of a coronavirus vaccine.

“In our view, cruise shares have ridden up and down over the past few months on rising and waning hopes of restarts or re-openings domestically and abroad,” said Macquarie senior research analyst Paul Golding.

As lockdowns began rolling out across the country back in March, cruise lines quickly found themselves in rough waters. Early in the pandemic, ships were forced to quarantine sick passengers onboard for weeks after they were scheduled to disembark, which presented a logistical and medical nightmare for the ports where they were docked.

That same month, the CDC issued a No Sail Order, which prevented cruise ships from operating in U.S. waters. The order has been extended through September 30, 2020, and analysts believe it will be extended again.

Rising coronavirus cases in Florida also remain a concern. “Florida is the most important market for cruise departures and exponentially increasing Covid cases there is another strike against sailings resuming anytime soon,” said Truist analyst Patrick Scholes. Florida has over 674,000 confirmed cases, with nearly 20,000 new cases in the last week as of September, 18, according to New York Times data.

There is hope on the horizon – an increase in demand for luxury and river cruises. This is surprising considering that luxury cruises are more expensive and usually attract older customers.

This bodes well for Norwegian – around one-third of their ships are considered luxury, followed by 10% of Royal Caribbean’s fleet.

Jordan Allen, 34, decided to buy shares of Norwegian during the pandemic because he believes in the company. “NCLH has a solid, updated fleet and stellar reputation that will allow them to bounce back to their previous position,” said the treasury management specialist. “My hope is that increased quarantine and limited travel will fuel the fire to make 2021 the most profitable campaign yet.”

Carnival announced in third-quarter earnings that it would be selling 18 of its cruise ships, accounting for 17% of its fleet, citing low demand as the reason to cut some supply.

Analysts say there could be some good news for cruise fans once sailing resumes. In order to attract customers back, travel agencies and cruise lines might offer steep discounts on near-term voyages.

“These deals will be for sailings a month or two out at most as the hope is that such price-driven interest in cruising will also help stimulate longer-term bookings,” said Scholes.