In The Pandemic, Grocery Stocks Are Thriving – But How Long Will That Last? 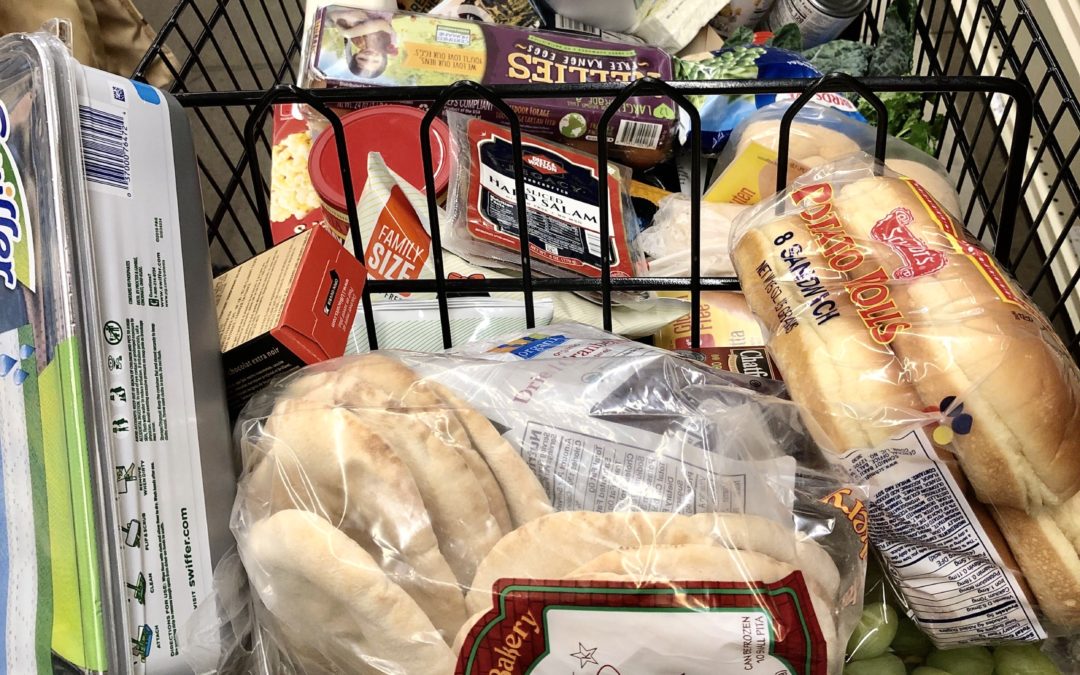 Stock prices for three of the biggest grocery stores in America have soared over the past six months, outperforming the S&P 500. But with changes sweeping the grocery business, those gains may not hold.

“I think it’s always better for business when the economy is doing very well,” said Michael Baker, managing director and senior research analyst at D.A. Davison & Co. “But [food retail] business will hold out more than most in the time of not as positive economic growth. You might even see an increase in traffic.”

Grocery store stocks have indeed been soaring in recent months as COVID-19 keeps most Americans from getting back to their pre-pandemic habits of dining out.

Analysts point to the stay-at-home orders as well as food retail stores’ competitive pricing and convenience when explaining why these stocks have come out ahead during the pandemic. Some advantage is not something they see going away any time soon.

“We expect this environment to endure as the industry changes, with an omnichannel experience likely to prevail as customers use a combination of deliver-to-home, click-and-collect, and in-store shopping, particularly since most American consumers drive past grocers on their commutes and home delivery can be inconvenient for buyers with uncertain schedules,” Zain Akbari, analyst at Morningstar Equity Research said in a note on Kroger Co. on April 5.

Walmart is one of the stronger players in the grocery field. Its low prices lead to robust performance during economic downturns such as the one the U.S. is currently experiencing.

The end of the pandemic is nowhere in sight, but in the meantime, new, direct-to-consumer options for grocery buying are popping up and threatening to eat into grocery stocks’ profits.

Community supported agriculture (CSA’s) — the subscription model where consumers promise to buy weekly or bi-weekly boxes of produce from farms in their area at a set cost — immediately grew in popularity when the shutdown began in March. Some CSA’s cited membership doubling or even quadrupling this spring as consumers became desperate for fresh produce and preferred food delivery rather than going into a store.

Producers like Beyond Meat – a company that produces plant-based meat substitutes and sells them to restaurants and stores – are starting to ship products directly to shoppers with delivery windows as short as two days, bypassing grocery stores altogether.

And even restaurants have begun selling grocery items during the pandemic. Spurred on by closing to all but takeout and delivery service this spring and the breakdown in grocery supply chains caused by the pandemic, restaurants like Panera Bread are selling their stock items like milk, eggs, cheese, and paper goods straight to customers.

Despite these looming threats, expected revenue this year is looking up for grocery stocks. The average estimate for Costco is $165.15 billion, up from $111.75 billion last year. Target is estimated to make $88.18 billion, while Walmart is estimated to earn $549.73 billion.

Kroger Co. stock appear to be increasing at a slower rate than their peers – just 6.85% since the post-pandemic rebound. Its competitors have seen stock price growth rate of up to eight times as much as Kroger.

The company has a P/E ratio that’s half that of Target and Walmart, and nearly four times smaller than Costco’s. That indicates that investors don’t have as much faith in Kroger’s future growth.

Another reason for this difference in stock growth could be that investors perceive new food delivery formats are making a dent in the company’s potential profits, and that Kroger isn’t pivoting to the new normal quickly enough. Kroger is soon going to open a “dark store,” as is Whole Foods, which will only offer delivery and curbside pickup.

Innovation in the food retail business in the coming months will continue to be closely tied to the needs created by the pandemic. The U.S. is seeing around 40,000 new cases per day, and hit the grim marker of 200,000 deaths from the virus just days ago.

Israel entered a second shutdown last week after a spike in cases, closing down schools, restaurants and other businesses. Some health experts are suggesting the U.S. follow suit.

Such measures could put even greater pressure on grocery stores to reach consumers where they are – at home.