Recreational stocks spiked this summer as lockdowns eased and Americans scrambled to escape their homes into the great outdoors. 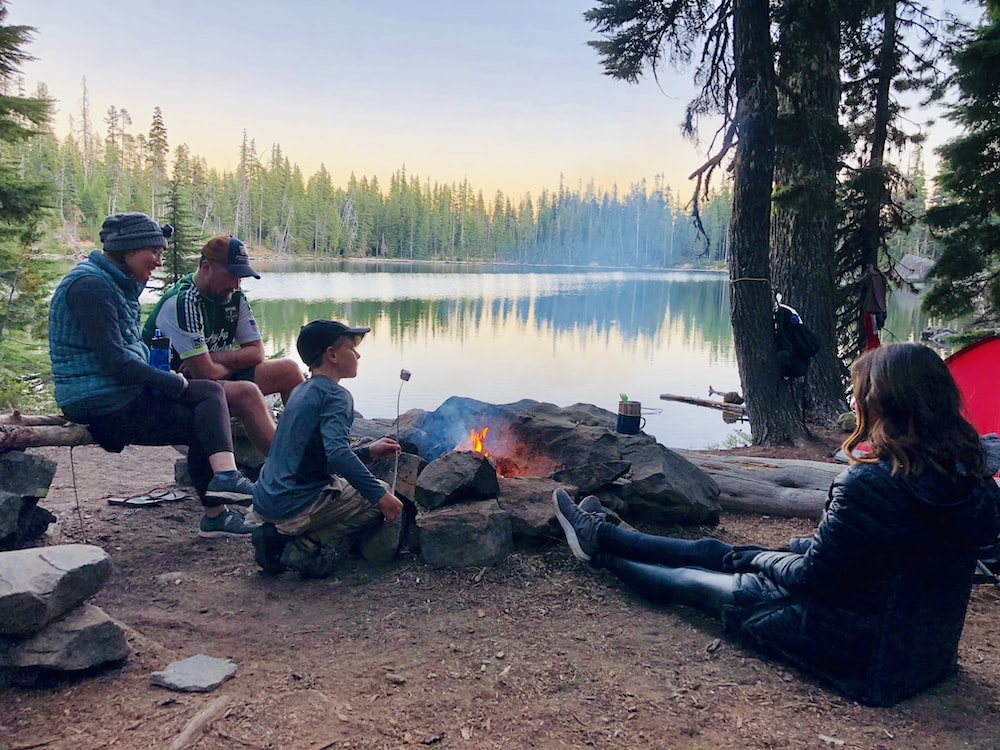 Dick’s Sporting Goods, YETI, and Camping World Holdings Inc. leapt in share price over the past six months. Dick’s Sporting Goods has surpassed pre pandemic valuation of $16.81 in March, and is currently $58.44 per share, while Camping World Holdings has nearly quadrupled, since September 2019, growing from $8.65 per share to $30.06 today. At peak growth during August, shares soared as high as $42.29, far outpacing the S&P 500.

The coronavirus left flights grounded, hotel rooms empty, and theme parks closed, but Americans were determined to make the most of their summers after being locked inside for the spring, and in anticipation of a second fall wave. Consequently, consumers were forced to think of ways to vacation that were not only safe to do, but cost-effective against the backdrop of widespread economic chaos. Many turned to camping, with the North American Camping study reporting that 46% of all leisure travelers said they considered camping the safest way to travel. 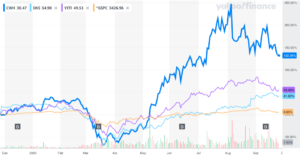 “We think Dick’s is well positioned for what’s going on in the world with the pandemic and, for lack of a better term, ‘the new normal,’ said Michael Baker, senior retail analyst at D.A. Davidson Companies. “The way we characterize it is that consumers are going to stay, play, learn and earn from home.”

YETI, a cooler and drink ware brand that went public in 2018, has also experienced a bump from pandemic purchases, as direct-to-consumer sales jumped 61% in the second quarter, far outpacing analysts’ expectations. For a brand that was originally created for fishermen and hunters that was navigating how to market a 30 oz. mug costing $34.99 to consumers, the catalyst was welcome.

“It moved away from being a cultural niche fad, to being a lifestyle item for all people,” said Alex Maroccia, an analyst at Berenberg Capital.

But the recent plateau of a rebound in retail sales, which make up about a quarter of consumer spending may be a sign of things to come as economic stimulus runs dry and another deal before the election appears unlikely. About 25 million Americans who are currently collecting unemployment benefits lost $600 per week in federal benefits at the end of July, when the aid from congress’ CARES act expired. Though President Trump signed an executive order ensuring an additional $300 per week in aid, it is unclear if Americans will still feel comfortable spending the cash on leisure activities.

As temperatures drop, Americans are starting to head back inside. It’s uncertain if their newfound fascination with the outdoors will extend to investments in winter items like ice skates, snowshoes, and skis.

“It is true that there’s this outdoor tailwind and they’re certainly benefiting from that,” said Steven Marotta, an equity research analyst at C.L. King & Associates who analyzes Columbia Sportswear. “But there’s still things that are acting as headwinds as well.”