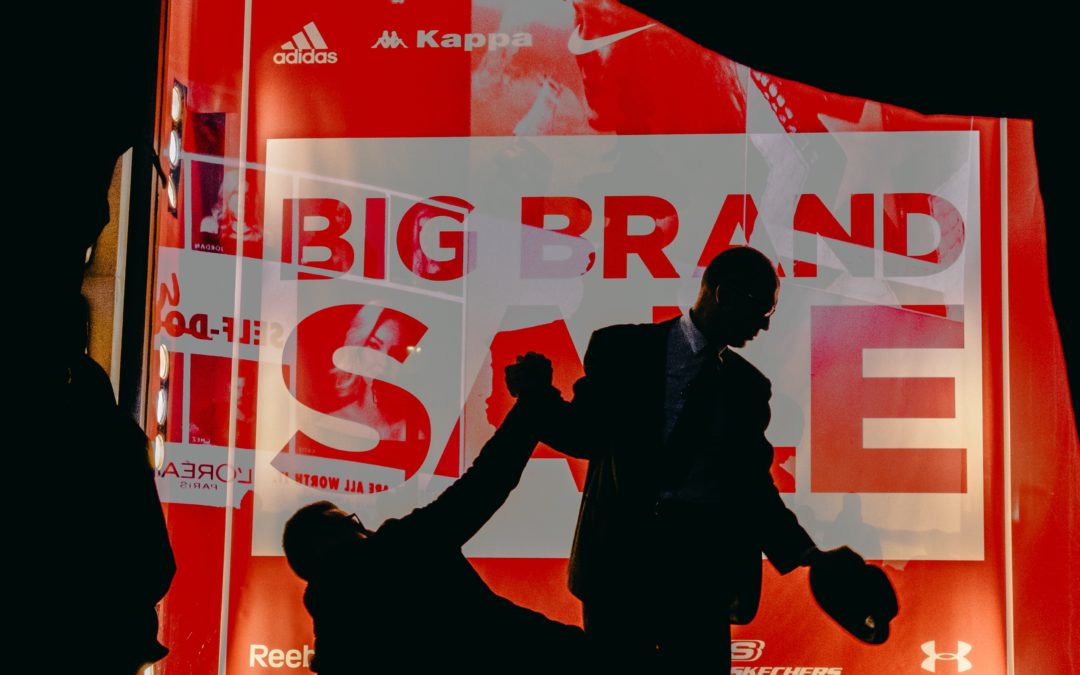 Key players in the off-price retail sector are showing signs of a mid-pandemic rebound as investors bank on the economic crisis spurring long-term demand for discount goods.

Burlington is leading the pack, up 77% from its lowest point on March 18. Ross is next in line, rising 54% since it first had to close its stores, while TJ Maxx, which operates Marshall’s and HomeGoods, is up 37%. The S&P 500 falls somewhere in the middle, lifted 39.99% by booming e-commerce and tech businesses but weighed down by concerns over a sluggish economic recovery.

The discount clothing sector is bouncing back from its mid-March lows.

The off-price numbers reflect investor optimism for what’s to come as consumers get more comfortable with returning to stores and as department store competition wilts away.  Volatility may strike during the holiday season ahead. Still, investors say the long term outlook is favorable, even if these brands don’t pivot to e-commerce.

“The off-price outlook is rather upbeat when looking 12 months out,” said Tim Vierengel, senior equity analyst at Northcoast Research. “The sector’s stocks have been mostly resilient as investors look at the future growth opportunity.”

Big names like Neiman Marcus, Century 21, Stein Mart, JC Penney and Lord & Taylor have filed for bankruptcy in 2020, and some are liquidating merchandise and closing up shop. This signals an opportunity for TJ Maxx, Burlington and Ross to gain market share.

“I think that off-price is gradually taking an increasing share from the department store channel,” said Simeon Siegel, a markets analyst at BMO Capital. “I think off-price is going to emerge the winners on the other side of the pandemic.

Institutional and individual investors alike are hedging their bets on a post-COVID scenario that mimics fallout from the Great Recession. The housing crisis forced shoppers to embrace penny-pinching. Despite crippling unemployment rates during the downturn, TJ Maxx, Ross and Burlington reported rising sales in 2009.

When TJ Maxx share prices dropped abruptly in March with the forced closure of over 4,500 of its stores, Marecya Burton, 29, opened a Fidelity Investments account and bought the dip, entering the stock market just as her older family members had during the housing crisis.

The school teacher bought three shares at $37 each, and after seeing that price rise over the next few days she put down $460 for a second round.

“I bought in because my cousin said it’s looking a lot like 2008 the way these stocks are going downhill. And she promised they were going to bounce right back,” Burton said. “I focused on TJ Maxx because there was comfort in knowing it made it through those difficult times and even expanded afterward.”

Although there’s strong confidence across the category, TJ Maxx is better positioned to bounce back sooner than the other two if America undergoes a second wave of temporary store closures.

All three companies took an earnings hit in the second quarter. TJ Maxx dropped 31%, Burlington fell 39% and Ross saw a 33% decline in May, June and July.

But TJ Maxx has growth opportunities overseas with stores across Europe and Canada. It’s also substantially bigger than the other two, with a market cap that’s 5 times the size of Burlington and double the size of Ross. TJ Maxx is also set to benefit from its selection of home decor and small appliances.

“Everything we’re seeing right now is that the environment is great for home,” said Janine Stichter, equity analyst at Jefferies LLC. “People are spending money, not so much on clothing but on refreshing their home, and TJ has more exposure to that than Ross.”

Ross is also the only one that has never had an e-commerce business. Burlington shut down its online channel right before the pandemic. TJ Maxx says online sales aren’t significant to its business.

Still, none of the off-price stores are in the clear just yet.

Volatility is expected through the holiday season, which is usually a catalyst for rising attention on retail but plays a lesser role in the stay-at-home era. And if a vaccine takes longer to find, Americans could start to reel in discretionary spending once again.

“If consumers decide it’s not worth the risk to go to the stores, off-price is going to have another problem going into the holidays,” said Jenn Redding, senior equity research analyst at Wedbush Securities. “If a vaccine is found, or if COVID fades, then they shouldn’t have an issue.”