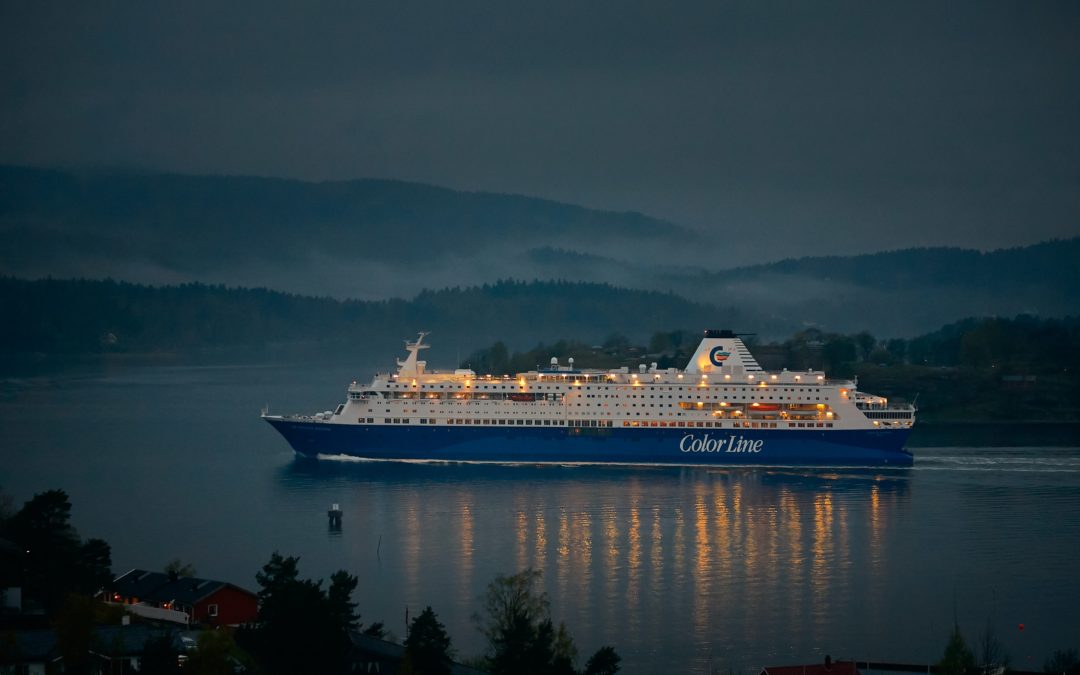 Hyper-volatile cruise stocks are in limbo right now, as investors struggle to see how the industry can cope with mounting regulatory hurdles, a frightened customer base and a pandemic that is still threatening most of the globe.

After losing much of their value throughout the beginning months of the COVID-19 lockdowns, the three major cruise stocks did see a resurgence in mid to late summer, only to lose steam by early fall.

Carnival Cruises (CCL) plummeted from $51.90 a share in January to $7.97 in April, only to shoot back up to $24.91 in June, before closing at $15.34 on September 18th. Carnival’s chief competitors, Royal Caribbean Group (RCL) and Norwegian Cruise Lines (NCLH) went through similarly violent ebbs and flows. 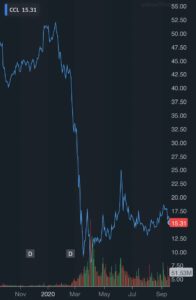 This is in contrast to the S&P 500, which has gained 2.09 percent this year despite a nearly 30 percent drop in the spring. 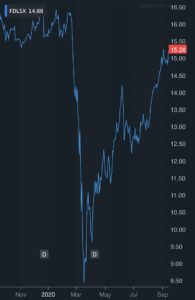 Initially, cruise stocks were some of the rally’s biggest winners, out pacing many major hotel and resort stocks. But, as the broader stock market began to sputter and COVID-19 progress remained vague, investors took note of the unique challenges facing cruise companies and slowed their buying.

Cruise’s face steeper virus related obstacles to resuming operations than most other leisure and hospitality companies. In addition, it is hard to predict what the true customer demand will be for cruising once those obstacles are overcome.

Most importantly, the virus’s path is still too unpredictable to inspire investor confidence.

“We continue to observe that leisure and hotel stocks trade on progress/speculations of a vaccine as progress or setbacks are trumping everything else when it comes to daily/weekly stock performance,” said analysts C. Patrick Scholes and Gregory J. Miller in a cruise line sector report for Trust Securities.

Health and regulatory burdens are especially worrying for investors. The CDC extended its no sail order through September, and analysts expect another extension after that. While cruising has resumed in parts of Europe, ships have been forced to greatly reduce capacity, test passengers and constantly monitor social distancing and hygiene. And since cruises dock all over the world, just one outbreak could spread throughout any host country.

Once the regulatory issues are overcome, it is still extremely difficult to gauge how willing passengers may be to go aboard a cruise again. Even if a vaccine is developed and proven effective in the next few months, as is hoped, it may not immediately translate into pre-pandemic consumer confidence.

Daphne Gerson, a retired social worker from New York City, is eager to resume traveling after six months of lockdowns. And while she would love to take a cruise, as a senior with high blood pressure she is especially wary of being confined in tight quarters with thousands of strangers in the middle of the ocean.

“It’s constrained, a lot of people are on top of each other, I’d be worried about the virus,” says Gerson.

The fact that most cruise goers need to take a plane to their ship adds a whole other layer of consumer stress and uncertainty. For many, the idea of air travel plus a long voyage at sea may be too daunting for the foreseeable future. This is one of the reasons some analysts prefer leisure and hospitality stocks that rely on private transportation rather than planes.

“We cover regional (amusement) parks and we have a more positive outlook on these stocks. They predominantly are drive-up activities that you can do on a relatively ad-hoc basis,” says Paul Golding, Senior Research Analyst at Macquarie Capital.

Despite these unprecedented challenges, cruise stocks could be a long term value. Customer reservations for 2021 have been surprisingly strong, indicating there is stored up demand. And if any of the three major cruise stocks can reach their 2020 highs, an investor buying now would more than double their money.

But, most experts don’t expect cruising to resume pre-pandemic level operations until 2022 at the earliest. Both Golding and Scholes have downgraded the three major cruise stocks from Buy to Neutral, and few analysts are more confident than that.

Barring a sudden change of fortune, any investor looking to make a big return on cruise stocks will have to be aboard for the long haul.