Tech selloffs a blip on the radar for growing semiconductor industry 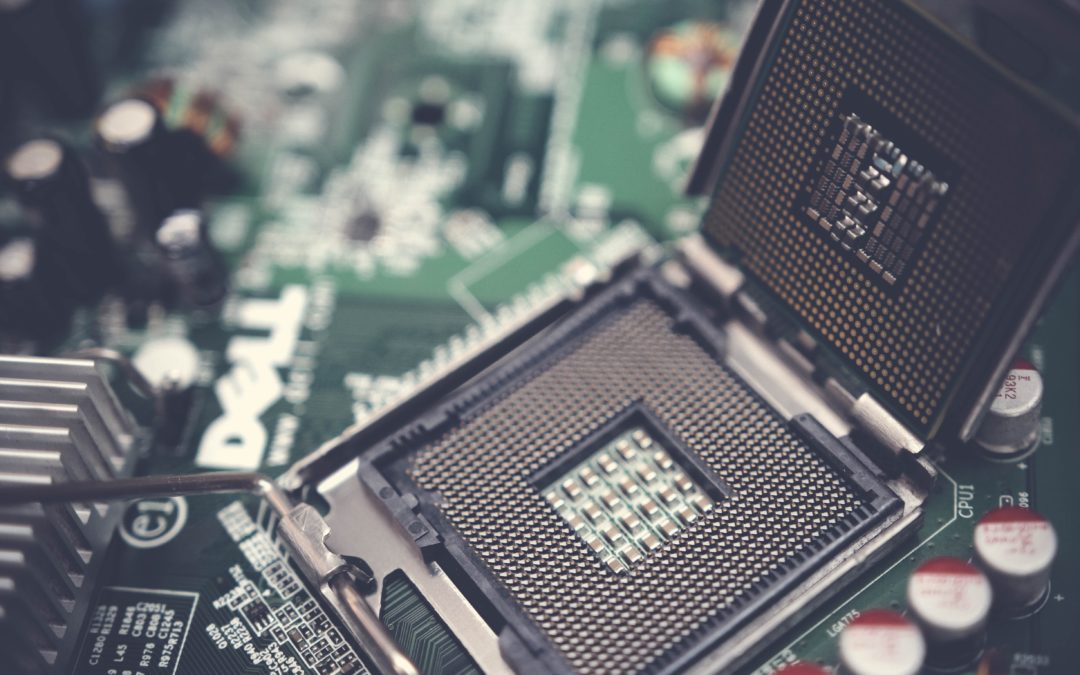 Despite September’s tech stock selloffs, share prices for semiconductor stocks are expected to continue to grow as more sectors move to integrate hardware chips into their products.

VanEck Vectors Semiconductor ETF, the top index for semiconductor companies rose 66.5% since hitting its low in March of 2020 due to the coronavirus pandemic. The sector has seen a gradual increase since the beginning of the year, up 17.7% since January. The NASDAQ rose 18.9% for the same period, while the S&P lagged behind increasing only 2.25% since the beginning of the year.

Semiconductor stocks remain ripe for long-term growth as an increasing number of sectors are integrating the computing hardware into their products including for vehicles, fitness hardware, home entertainment, 5G and artificial intelligence. The COVID-19 pandemic has helped accelerate the growth as billions of people worldwide increase consumption of home-based entertainment products and companies turn to technology solutions to enable employees to work from home. 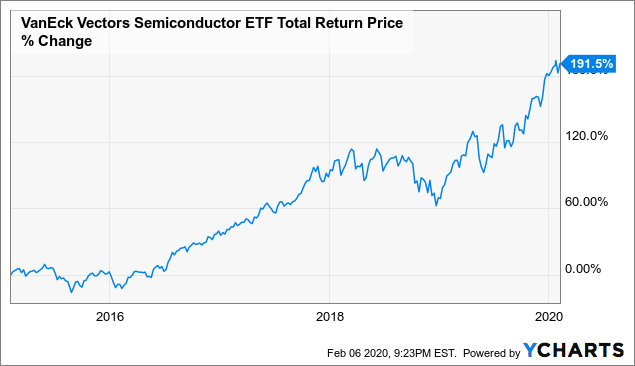 “There is some GDP plus type growth for semiconductors in general, largely driven by the increased silicon content across various industries in particular automotive, internet, and data centers where it’s less about up and down cycles and more about demand,” said Logan Purk, senior analyst at Edward Jones.

The sector’s top U.S. manufacturers are expected to see a collective stock value increase of 11% over a five-year period according to Jim Kelleher, CFA from Argus Research Co., an investment research firm.

NVDA has seen demand for its product soar because it manufactures semiconductors primarily for PC gaming. Stay at home orders particularly for school children drove significantly higher gaming activity and demand for gaming products since March. Friday’s stock closed at 514.95, up 3% since Monday.

NVDA was experiencing steady growth even before stay-at-home orders went into effect because of its strong position in supply gaming chips. The company’s shares increased 116% in 2020. Additionally, the company’s big announcement of a $40 billion buyout of U.K.-based Arm Holdings, a semiconductor and software design company owned by Japan’s SoftBank Group spiked shares on Monday by 5.8% following the announcement of the deal.

AMD is also set to continue benefiting from the gaming industry. The company’s stock has increased by 55% since the beginning of the year to close at 77.15 on Friday. Microsoft and Sony will use the company’s chips in their upcoming gaming boxes, setting the company up to gain a larger market share in 2021, potentially increasing its stock shares by up to 30% according to Bank of America.

Globally, the demand for semiconductors has been increasing. Sales in the second quarter surged by 5.1%, based on data from the Semiconductor Industry Association.

However, some investors worry that the growth will not be long term. The boom on demand for technology due to the coronavirus pandemic may lead to a bust after things begin to return to normal. The burst would impact companies that underwent rapid expansion to meet the temporary demand.

NVDA is one example of a company that may be overstretched. Its buyout of Arm increased its market share substantially, but the company may have overpaid. In 2016, SoftBank purchased Arm for $31 billion. In less than four years the company’s purchase price increased by $9 billion. The deal also means the company will pay $21.5 billion of its stock to SoftBank, or 6.7% to 8.1%, diluting NVDA shares.

“On the surface the acquisition of Arm is a very shrewd move by them,” Purk said. “However there is significant regulatory risk, in particular from China so it is not yet a done deal.”

Even as demand for chips continues, the leading manufacturers may not be the beneficiaries of that demand. Companies that manufacture products that require semiconductors are increasingly manufacturing chips internally. Last spring, Tesla stopped purchasing chips from Nvidia for its self-driving computer within its S-model vehicle and began manufacturing the products on its own. A trend that may be increasingly witnessed from other companies as they grow.

“Customers like Google are designing their own AI chip’s. Amazon and Microsoft also have their internal development,” said Abhinav Davuluri, a sector strategist for Morningstar. “It will be a fragmented space range of established companies and startups.”

Additionally, trade tensions have hit the sector directly. Restrictions have been placed on major manufacturers both in the U.S. and on those who bid for U.S. contracts from selling chips to Huawei. The restrictions may not end there. Discussions are still continuing as to whether more Chinese firms such as Semiconductor Manufacturing International Corp will be added to the list. Investors worry the list may continue to grow, which would further reduce demand from major Chinese importers.

The uncertainty and tensions caused by the trade wars has led China to accelerate its plan to manufacture its own chips. The country aims to domestically manufacture about 70% of what it currently imports by 2025, making any negative impact from trade tensions to likely become permanent.