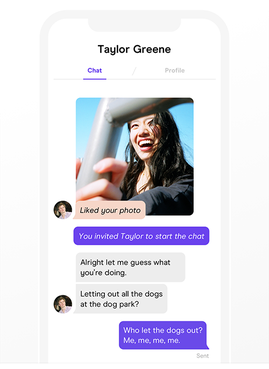 The online-dating industry is heating up after a summer of sustained growth in subscribers in a Covid-19 world.

In an interview with MarketWatch on Sept. 22, Match Group whose brands include Tinder and OkCupid estimated a threefold increase in revenue this year for its lesser-known dating app Hinge.

Since the social isolation brought upon by  the Covid-19 lockdown, Match has been innovating its dating service. Its introduction of video chat, games and ice-breakers across brands such as Tinder and Hinge to keep its 10.1 million subscribers engaged has provided opportunities to increase revenue.

The dating app Hinge which markets itself as a platform for forging long term- relationships was founded in 2012. Match acquired Hinge in 2019 when it had limited revenue generating features such as letting users buy an unlimited number of likes and access to information on whether their ‘matches’ want to have children.

Amarnath Thombre, chief executive of Match’s North and South America businesses said that Hinge was keen on monetizing its service. But he didn’t lay out a clear plan.

“We’ve got a lot of users, and I think there’s more we can do with them,” said Gary  Swidler, Match’s chief financial officer, in an interview with The Wall Street Journal in August, following Match Group’s 12% surge in revenue from $497 million in second quarter sales in 2019 to $555 million. “And ultimately there’s more we can charge them for by giving them more to do on the platform.”

Tinder and Hinge drove the uptick in subscribers in the North American market to 4.7 million, a 4 percent increase from 2019 per the company’s second-quarter earnings report.

Match is “looking at continuing growth in app downloads, which is indicative of future subscriber growth,” according to Mogharabi. “More users are likely to become not only subscribers but also some pay more for à la carte features,” he said, referring to in-app features that help users easily find their mates.

He also pointed that Hinge’s increasing popularity was due to Match’s aggressive marketing. According to MarketWatch’s report Hinge has been growing its appeal in international markets in Europe and Australia.

Just as Match is growing Hinge, its biggest rival, Bumble is preparing for a reported IPO, seeking a valuation of $6 billion next year.

Match stock gained 116% from its lows of $51.2 in March following the coronavirus outbreak to $110.7 a share in September.

On Sept. 15, Lauren Cassel, an analyst at Morgan Stanley, estimated that Match stock would rise to $151 a share and expressed enthusiasm for Hinge based on its elevenfold growth in subscribers.

“We believe Hinge is Match’s next major revenue and earnings growth driver,” she wrote in a note, highlighting its increase in subscriptions from 35,000 before Match’s acquisition to 400,000 in 2020.

She also estimated that Hinge could generate 8.4 million subscribers in 2030, more than Match’s subscribers base in 2018, and contribute 30 to 54% of Match’s revenue growth over the next decade.

“Hinge’s focus on urban millennials should allow it to charge a premium,” Cassel wrote.