Yeti Can’t Keep Up a Winning Streak Forever, but Hopes to by Expanding its Brand 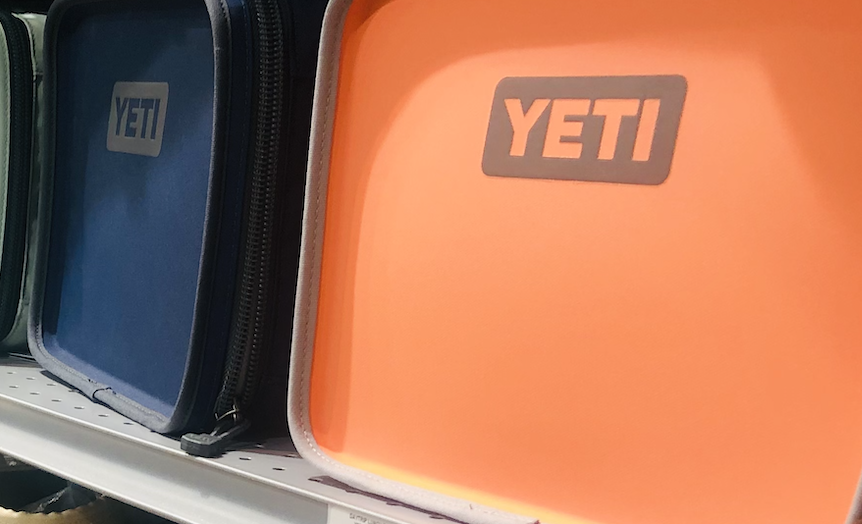 Outdoor-brand YETI hopes to head off Q4 seasonal slowing and stock selloff at the pass by expanding brand awareness and online sales.

Yeti Holdings Inc. (YETI) boomed this year as buyers stocked up on outdoor gear to last coronavirus quarantine, seeing shares jump even as the market slowed down in August.

The company is now overvalued, according to analysts, and headed for a slowdown due to lack of its coolers or cups being needed for tailgating or corporate holiday parties. YETI is doubling-down on its winning products and key brand deals to get new consumers directly to buy from their site.

Yeti saw about 57% of its latest sales coming from its signature steel drinkware line, some of which ranges near $100 per item. The Texas-based company released a new line of its Rambler tumblers on October 1st. It also now sells a line of Whataburger-branded drinkware as well. The company has expanded its brand into luxury status with a variety of product colors and even sponsoring adventure films, to close at 159% above expectations since March.

“Their commitment to quality along with building a really loyal community of enthusiasts are both huge selling points. I think it’ll be a generational brand,” said Dave Nemetz, an investor, and the founder of BleacherReport.

Stock is still high on reports of 7% year-over-year sales increase, and 40% ROE, pacing well with other consumer discretionary brands like the ever-popular Lululemon. It also much more highly priced than competitors like RTIC, which sells nearly-identical items at a quarter the cost.

YETI compared to LULU and the S&P 500 in the last 6 months, Yahoo Finance.

Direct-to-consumer became a focus when the company went public a few years ago, as margins were better than through wholesale partners.

In Q2, the most recent release, Yeti’s “direct-to-consumer net sales surged 61% to $133 million, compared to $82.5 million in the same period last year, driven by strength in both Coolers & Equipment and Drinkware,” said Paul C. Carbone, Senior Vice President and CFO.

Investors noticed. It’s now valued 59% over P/E ratio, accounting for overall pullback from recent market slowing and lessened consumer demand. Into Q3, the company normally relies on corporate sales, as well as brick and mortar holiday sales. With lockdowns still in place and large parties canceled, the company is recalibrating.

“People are going to continue looking for potentially interesting activities to do, and these products work really well for that… the product mix just provides it an inherent benefit to Yeti versus other brands that are out there,” said Alex Maroccia, an associate at Berenberg Capital Markets, a market holder in YETI.

If shutdowns return fully in the fall in North America, as they already have begun in parts of Europe, Yeti has other strongholds in wholesale partnerships with places like Lowe’s that are considered essential, although that might not hold off share selloff. Some executives sold off hefty portions of their stock in recent weeks, a sign of lost confidence.

“They benefit from selling at Lowe’s whereas a lot of these other discretionary companies don’t have that potential,” said Maroccia, “… great brand, but it just looks expensive as a stock.”