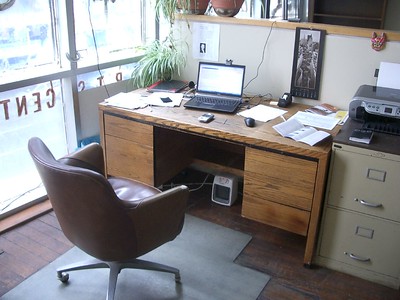 Permanent layoffs are becoming more common more than half a year into the pandemic, but some companies are continuing to use short-term, temporary furloughs to avoid more drastic budget cuts.

The University of Massachusetts and American University have both announced one to two- week furloughs without pay for staff and faculty. Employees can take at their own will over the next few months.

Even Bill De Blasio, the mayor of New York City, is taking a one-week furlough this fall or spring, along with thousands of the city’s staff.

If you’re given a short-term, temporary furlough from work, it can be tempting to write it off as a small loss, or just lean on your credit cards a bit more heavily. But in the long-term, you may find yourself unable to make your bill payments as usual. What are the best ways to prepare before your furlough starts? And if you’re given a choice about when to take it, how should you decide the best time to do so?

Jennifer Page has worked at the University of Massachusetts in Amherst for eight years, ever since she took a buy-out at her last job in 2012. Now, she’s preparing for her second furlough of the pandemic – the first one was over the summer.

When she learned about the first furlough she would have to take earlier this year, Page said she was disappointed, “But I understood that it was something we needed to agree to in order to ward off layoffs,” she said.

She applied for unemployment for her week of furlough, and with the $600 per week bonus that the federal government was adding to state unemployment checks at that time, she ended up making slightly more than she usually did that week.

Now that she’s facing a second furlough – this time of two weeks – she’s feeling that this one is “much harder to deal with.” The $600 per week federal stimulus is over, and a new relief bill is nowhere in sight.

According to financial advisors and experts, when someone first finds out that they’ll be facing a short-term furlough, the first thing they should do is verify the terms of the furlough. How long will it last? Are employees allowed to take paid vacation time during the window allotted for taking the furlough, or will that be discouraged? What about benefits?

“In the case of a short furlough like that, usually benefits would be paid during that time, but we can’t assume anything,” said Sefa Mawuli, wealth advisor at Citrine Capital in Washington, D.C. “So I would say, make sure to check in with the employer about benefits. Does the responsibility for paying those benefits fall on me now? Or is the employer going to continue to cover the part of the benefits that they covered before?”

Alvin Carlos is a financial planner and managing partner at District Capital Management in Washington, D.C. “I think in general, the preparation really begins even before you get furloughed,” he said.

It’s crucial to have a three to six month emergency savings fund, according to Carlos and others. You don’t want to be caught without that.

But experts don’t recommend going straight to your savings during a short furlough if you can avoid it.

Instead, find places to save money and increase the amount of cash in your bank account quickly. Take a look at your spending, and determine what’s absolutely essential, and what can be reduced or eliminated. “Wherever you are, just start from that and just look at all [your] expenses,” said Carlos.

Carlos offers pro bono and discounted advising through his firm and partnerships with local organizations. He does one-time advising sessions with families through Child Care Counts, a non-profit that helps families afford childcare.

“So in those types of situations, we really go down to the granular level in terms of… ‘okay, this is your internet bill. Is there a way we can reduce that?’” Carlos said. “Maybe you can call Comcast to negotiate. If not, maybe you can switch to a lower cost provider.”

And you should also apply for state unemployment benefits. In most cases that will cover about half of your usual income.

Adjusting the timing of your furlough can also be helpful if that’s an option. Experts recommend taking a look at your calendar and your seasonal spending habits to make that call. For example, if you typically spend extra money around the holidays buying gifts for family members, you may not be able to reduce that spending by much, but you can try to defer your furlough until after the holidays have passed.

In addition to filing for unemployment benefits, Page has taken a few other steps to make it through the next few months. She’s making the minimum payment on her credit card through the end of the year, and then plans on increasing payments again after her furlough is up.

She’s also deferring a quarterly payment on her property taxes until next calendar year. She knows that will mean more interest to pay in the spring, but it will get her through the rest of 2020 at least, and she’s planned to be able to catch up quickly in 2021.

Page is an avid budgeter, planning out her budget a year at a time. In 2019, a third of Americans were operating without any budget at all. She also dislikes consumer culture. “I feel like people should buy less of everything,” she said.

Page already reduced her discretionary spending earlier in the pandemic, and has become more frugal with her grocery shopping as her second furlough nears. But like many Americans, she has little in savings and not many other areas she sees where she can cut down.

It can be tricky to find ways to increase the amount of cash in your bank account when you’re faced with a sudden furlough. Mawuli recommends calling your credit card company to let them know you’ll be furloughed, and see if they will allow you to not pay for a certain number of months and then start paying again without reporting it to the credit bureaus. That will protect your credit score.

Avoid racking up additional credit card debt during this time that will be harder to pay off in the future.

Most importantly, you don’t want to put off so much spending ahead of the furlough that you end up being further in debt down the line. If you are deferring big-ticket payments, make sure that you are still finding ways to put away money to save for when you do need to pay them off.

Savings are still important during this period. “Try as much as possible not to stop your 401(k) or 403(b) contribution,” said Mawuli. “Try to cut expenses first, before cutting savings, so that [there aren’t] a lot of far reaching consequences of this.”

“I think the danger is really, if you sort of just don’t prepare for it,” said Mawuli.