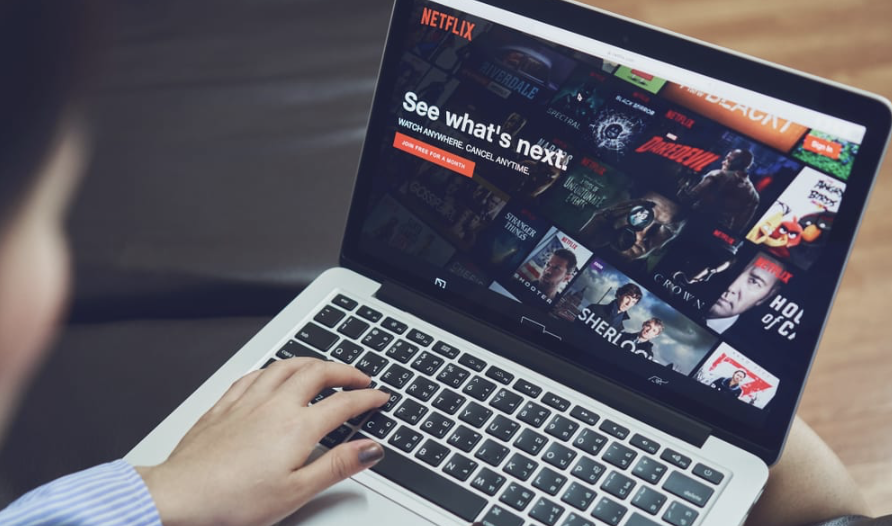 Although the coronavirus aided Netflix’s 2020 subscription growth, its performance against unprecedented competition in the past year showed that the novel ‘streaming wars’ will not be fought domestically but in expansions abroad.

Netflix’s subscription growth has eased off the surge it experienced at the peak of lockdown mandates more than analysts predicted, according to Netflix’s third-quarter earnings report released Thursday. Netflix also fell shy of analysts’ EPS predictions by $0.39. However, over 90% of its new subscriptions were outside the U.S.

“Consumers in the U.S. are increasingly purchasing streaming bundles of 2 or 3+ services, and Netflix is almost always one of those services,” wrote RBC Capital Markets Analyst Mark Mahoney in a letter to investors. “The quarter three subscription ads were disappointing, but they did expand in the right places.”

Out of the 2.2 million new paid subscribers in quarter three, only 180,000 (or 8%) of them were in the U.S. and Canada. Although global subscriptions fell shy of Wall Street prediction of 3.3 million subscribers, Netflix’s sustained consistent growth in the U.S. and Canada during a period of unprecedented competition from Disney+, Peacock, HBO Max and Apple TV+.

“The international component has been the driver, and it does seem to be adding up,” said Bank of America analyst Nathaniel Schindler. “That is the main growth driver.”

To continue its massive growth, Netflix has specifically targeted developing countries that are on the verge of making broadband more accessible to large populations. If its Q3 earnings have anything to say about it, Netflix’s strategy is working.

Nearly half of the streaming giant’s new subscribers came from the Asian-Pacific region, and 35% came from Europe, the Middle East and Africa. 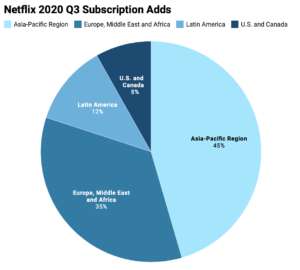 New subscribers in expanding markets are much more price-sensitive and thus raise the stakes among competition from Amazon and Disney. Unlike U.S. and Canadian streamers, streamers in developing countries generate less revenue per customer and will likely only subscribe to one streaming service, according to Schindler. Netflix does have an advantage over other streamers: it has the largest subscription base in the U.S. and Canada to fund its global conquest.

In Netflix’s latest earnings call, Gregory Peters, COO & chief product officer, announced that Netflix would be expanding promotions to understand Asian markets better. He specifically cited a promotion that will give Indian citizens free Netflix services for an entire weekend.