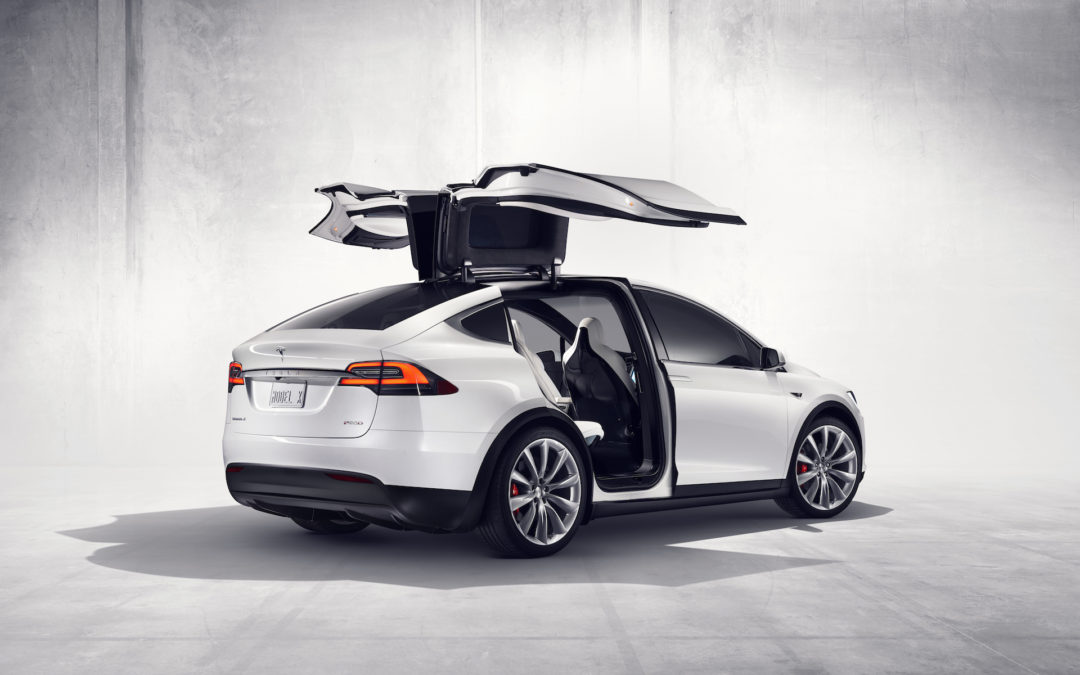 Tesla’s massive lead over other electric-vehicle makers leaves room for disruption, as the Elon Musk-led company approaches a milestone in the automaker’s history.

In its latest quarterly earnings report, the Palo Alto, California-based firm doubled down on its lofty plan to sell half a million electric vehicles (EV) by the end of the year, despite the ongoing pandemic.

Wall Street analysts reacted positively to the news, which would better secure Tesla’s dominant foothold in an expanding global EV market. But there are challenges up ahead that could steer Tesla in the opposite direction, including waning international demand for its vehicles.

Tesla sold 318,000 vehicles so far this year, and said reaching its target by the end of December hinges on quarter-over-quarter increases in production as well as logistical improvements and greater overseas delivery volumes.

In 2019 when there wasn’t a coronavirus outbreak sweeping the global economy, Tesla sold 367,500 cars total. If Tesla can fatten that number in the age of pandemic-induced uncertainty, it would signal to investors that the company has a good chance of maintaining its position as a market leader long term. 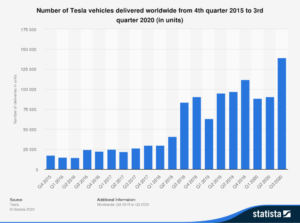 “That half a million number was a pipe dream for Tesla just six months ago, and to achieve this would be a major feather in the cap for Musk and Tesla,” said Wedbush analyst Dan Ives. “It’s still a lofty goal to hit, but I believe it’s achievable.”

While Tesla is hitting a milestone at home, it’s losing ground to its competitors abroad.

For the past few years, electric cars have accounted for roughly 2% or less of all vehicle sales in the states — a trend that’s not budging by much. Tesla has carried roughly 80% of that market and has a $428 billion market cap that grew this year to dwarf other automakers including Toyota, Volkswagen, Audi and Daimler.

However, Tesla is falling out of favor in Europe, a market that’s currently more pivotal than the U.S. where the demand for EVs is rapidly reaching new heights.

In August, EVs accounted for 1 in 5 new cars registered in Europe, and growth was driven by more affordable models by Renault, Hyundai, Volkswagen and Kia, according to JATO. Tesla’s chief financial officer Zachary Kirkhorn said on its earnings call that the company plans to address the European market issues by ramping up production.

“Tesla is getting crushed in Europe,” said Gordon Johnson, an analyst at GLJ Research. “So, competitors don’t have to be too concerned. ”

Still, Tesla’s headwinds are a blip in an otherwise healthy outlook for the company.

Overall, Tesla’s third-quarter earnings results blew past Wall Street’s expectations on Wednesday. The automaker captured $8.77 billion in sales, while analysts expected $8.26 billion. It ticked in with earnings per share of 76-cents versus the predicted number of 55-cents per share.

The headline numbers were accompanied by impressive gains across most of Tesla’s other reported metrics, and the news drove up Tesla’s stock price, which had already skyrocketed more than 400% this year.

“There were high expectations and Tesla checked every box,” Ives said.

The sturdy report marks the automaker’s fifth straight quarter of profitably and comes despite major setbacks, including the temporary shutdown of its factory in Fremont, California and the ongoing coronavirus pandemic that continues to rattle prospective car buyers.