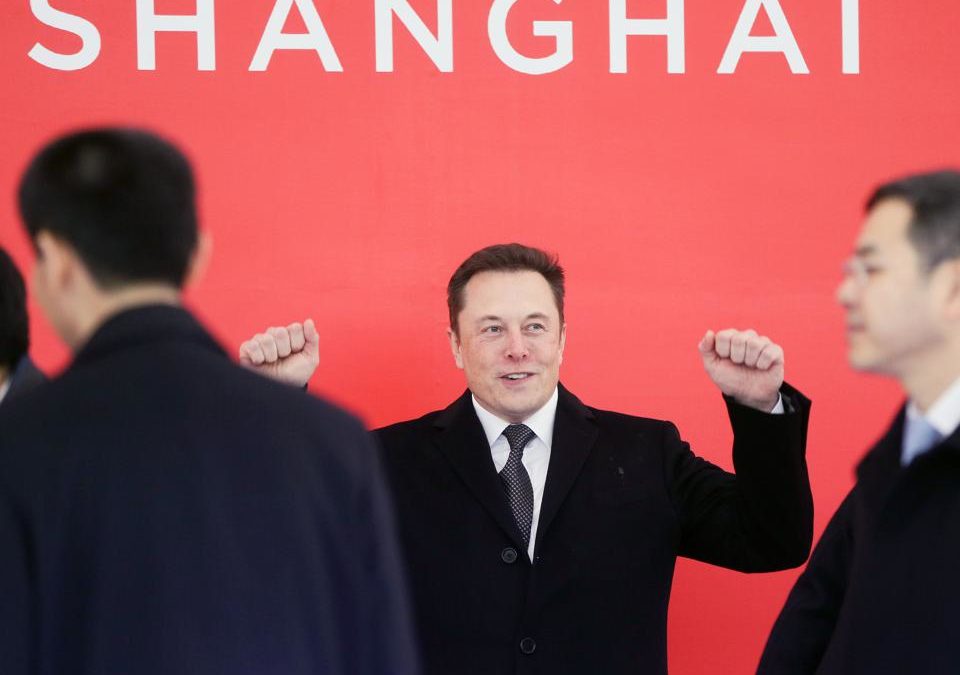 CEO Elon Musk called Tesla’s third quarter “our best quarter in history,” beating analysts’ estimates and more than doubling its profit over the same period year before. But the company’s target of delivering half a million vehicles in 2020 continues to be a challenge during the pandemic.

According to the quarter earnings reported Wednesday, Tesla generated revenues of $8.8 billion, with $331 million in profit. Earnings per share (EPS) was $0.76, higher than in any of the last four quarters. Tesla’s stock price has soared more than 400% this year, closing Wednesday at $422.64.

“Just really kickass performance across — throughout the world,” Musk said in the earnings call on Wednesday.

Even though Tesla delivered 139,300 electric vehicles, a record number that increased 39% over the second quarter, the company still worries about meeting its delivery target of half a million vehicles in 2020, according to its report.
With 180,000 vehicles still to be delivered in the fourth quarter to meet its 2020 target, Tesla is clear about the challenge. The report said increases in “Model Y and Shanghai production, as well as further improvements in logistics and delivery efficiency at higher volume levels,” are the key to reaching the goal.

Analysts agreed that Model Y production capacity is crucial to meeting the goal.

“The firm had a good quarter,” said David Whiston, a sector strategist at the financial services firm Morningstar, “given it reported third-quarter deliveries on Oct. 2 that showed a large increase in total vehicle deliveries, thanks to a rise in combined Model 3 and Model Y sales.”

To reach its 2020 target, the company continues to invest significantly in its product roadmap to produce more cars at its Gigafactories in Berlin, Texas, and particularly Shanghai. Model Y production in Shanghai is one of the company’s recent investments to expand capacity.

“The Shanghai factory is ramping up and commands a higher market share in the Chinese EV market,” said a report by a Zacks Equity Research team at Zacks Investment Research Inc. “The plant is operating at full capacity and will continue to generate solid revenues for the firm.”

Analysts said that they didn’t see Tesla having mass-market volume this decade, but that it has a chance to be the dominant electric vehicle firm because Tesla’s new battery product will make its electric vehicles more affordable, Whiston said.

Analysts warned that the high price of Tesla’s vehicles indicates that its product plans do not, for now, mean an electric vehicle for every consumer who wants one, and high prices won’t help the company develop.

So Tesla cut 8% of the price of its Model 3 in China to 249,900RMB ($36,805) in early October, making it more affordable. “I do not think we lack for a desire for our product,” Musk emphasized during the earnings call. Instead, he said Tesla lack affordability.