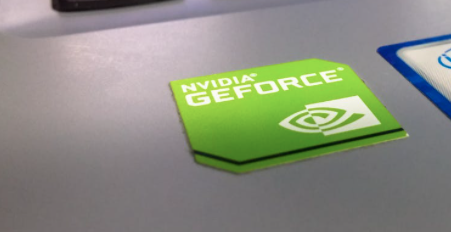 The heightened demand for technology that supports playing, learning, and working from home due to the coronavirus pandemic has yielded Nvidia record revenues and earnings, carrying the company through a year of growth even as some of its sectors take a hit.

On Wednesday, the company released its third quarter report, registering earnings of $4.73 billion, up 57 percent from this time last year, and beating analysts’ estimate of $4.42 billion. Earnings per share were $2.91, up 63 percent from a year ago.

At the center of management’s presentation was Nvidia’s release of its GeForce RTX GPU, a series of graphics processing units for gaming. Company executives dubbed it as the ‘biggest generational leap’ in technology, with double the graphical performance, making it so popular, it sold out within minutes of pre-orders going live in September.

“The RTX series drove our biggest ever launch and exceeded our fullest expectations,” Colette Kress, executive vice president and chief financial officer of Nvidia said on a company conference call. “It may take a few more months for product availability to catch up with demand.”

The gaming sector accounted for the majority of revenues at a record $2.27 billion, up 37 percent from a year earlier. The expansion reflects the growth gaming has witnessed on a global scale, which is projected to grow to $170 billion by the end of 2020, exceeding pre-COVID forecasts by 15 percent, according to Simon-Kucher, a global strategy consulting firm.

But with supply chains on Nvidia’s gaming products backed up for the remainder of 2020, investors are turning their attention to the company’s data sector, which saw the biggest leap. This quarter, it was up 162 percent from a year earlier, bringing in the second largest revenue haul at $1.9 billion. The drastic growth has investors solely focused on data.

“Data center performance and growth margins are what we are looking at. Other than that, there is not much to talk about,” said KinNgai Chan, managing director at Summit Insights Group.

Investors benefited from Nvidia shares, which did relatively well, surging 128 percent year to date and bypassing the tech-heavy Nasdaq’s 33 percent growth. However, Wednesday’s earnings release did not have a significant impact on the company’s shares, yielding only a .05 percent uptick in the stock price by the end of the trading day. The general consensus amongst analysts remains that Nvidia’s current ceiling averages around $500 a share due to potential competition from rivals and a COVID-19 vaccine that could arrive by early 2021, curving consumers appetite for gaming products.

The two products driving the company’s data sector growth were the Ampere Architecture, A100, the engine that powers data-center platforms, and the T4 GP, which accelerates diverse cloud workloads.

Nvidia has been diversifying its market access in the data sector by focusing on vertical integration. The company recently purchased Mellanox, a supplier of computer-networking products. It is also in the process of acquiring Arm Holdings, a semiconductor and software design company. Both Mellanox and Arm manufacture parts that are integrated into many of Nvidia’s client products, including data centers and supercomputers.

“The biggest overall expansion will come from the data side of the segment, driven partially by the acquisition of Mellanox, and investors are very focused on it,” said Ruben Roy, equity research analyst at The Benchmark Company. “Going forward, investors want to be sure this segment of the business is growing in the next few quarters and it is a big area of focus.”

Nvidia’s clients in the manufacturing, automotive and airline market, which use its GPU-powered compute capabilities for industrial inspection, took a big hit when shutdowns occurred and travel declined in March. Revenue for automotive was down 23 percent from a year earlier. Company executives briefly mentioned the lack of sales in those industries but assured investors that growth in COVID-thriving sectors, including data centers that support research in healthcare and other global issues, balance out these losses.

“It’s very clear that the inability to go to work is slowing down the adoption of technology in some of the verticals,” said Jensen Huang, CEO of Nvidia, on a conference call. “[but] we have seen rapid adaptation in some verticals such as healthcare.”