Hoping to rebound, Intel is making big bet on graphics 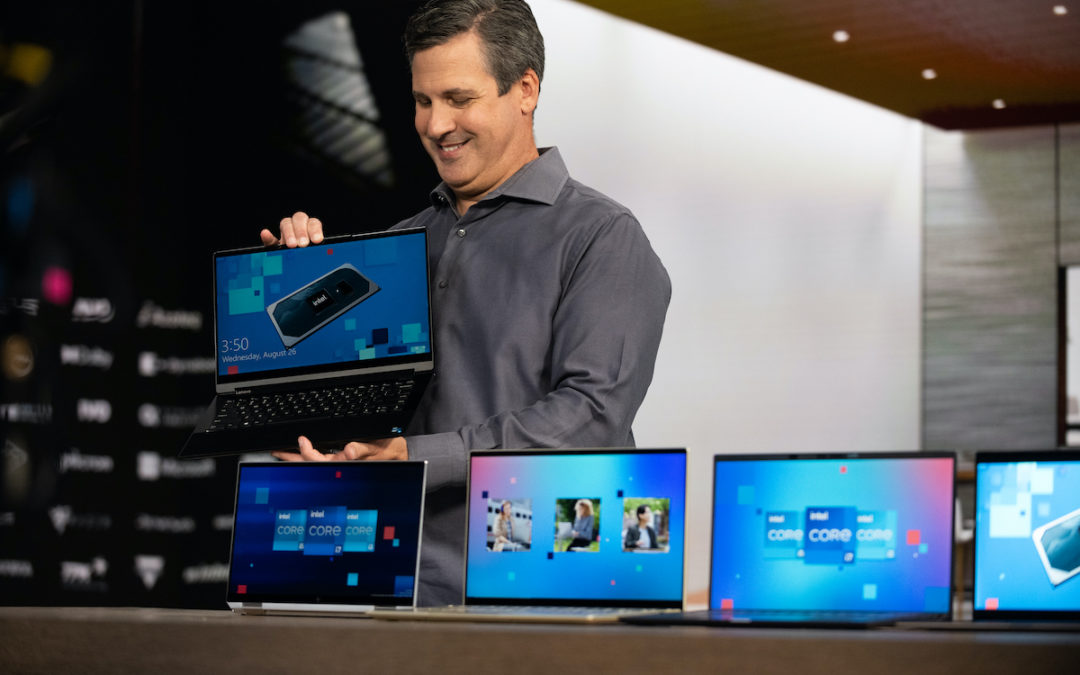 His glass-walled PC tower glows with LED lights while Andrew Christian uses three computer monitors set atop a motorized sit-stand desk. By day, Christian works from his Hoboken, N.J., apartment as an engineer for Amazon. But that’s just what he does for money. His real passion is building gaming computers.

Last year Christian, 26, spent over $1,600 on computer parts. The most important one, he says, is a piece of high-end hardware called a graphics card, or GPU.

“My dad doesn’t really get the obsession, but he’s probably spent like $20,000 on golf clubs over the years and he’s still no good,” said Christian.

Christian upgrades his GPU almost every year and has purchased models from both AMD and Nvidia, the only two companies who make high-end graphics cards. It’s what gives his computer the juice to play the newest games in super-sharp 4K resolution.

But this year, with another manufacturer set to join the fold, Christian is holding-off on buying a new one. “I want to see what Intel’s GPU can do before I decide,” he said.

In just a few months, Intel will start selling sophisticated graphics cards, a far cry from the cheap mass-market chips it has shipped for decades. Spurred by booms in gaming, video production and data crunching, demand for high-performance graphics cards has exploded.

Until recently, it was a niche business that Intel ceded to its rivals, Nvidia and AMD. Intel sat on the sidelines while its competitors rode the graphics wave to multiplying market valuations and skyrocketing sales.

Now its biggest businesses are treading water and the 52-year-old Intel needs to find new areas for growth. With a plan four years in the making, the company is charting a course into graphics.

“We at Intel are going through a major engineering and architecture transformation that sets us up for the next decade,” said Koduri, in a presentation during Intel’s August Architecture Day summit.

Koduri led Apple’s transition to the Retina graphics system now standard on its computers and, by offering better prices for almost-as-good performance, built AMD’s Radeon graphics division into a serious rival to Nvidia.

To carve out its share of the fast-growing market, Intel will need to impress a more discerning customer base than its accustomed to. But, loaded with talent poached from its competitors and a proven sales infrastructure, the company is primed to make-up ground quickly.

The company is in the strange position of being more successful than ever yet still needing to reinvent itself.

Intel cashed-in on the rapid growth of cloud computing over the past decade by its selling processors to data centers. And this year, with consumers working and studying from home due to the pandemic, its sales of computer chips ballooned. Investors and the company don’t expect either trend to continue.

“Investments in new technologies and products in the data center afforded the company significant growth opportunities,” said William Stein, an analyst at Truist Securities. “But we question how sustainable they can be.”

Since 2016 Intel’s revenue has grown 36 percent, reaching an estimated $75 billion this year. Future projections are less rosy, with analysts predicting a 6 percent falloff next year. Even with the cash injection from remote work, the company’s profits are expected to fall 8 percent this year to just over $19 billion.

Sales in its largest division, consumer computing, have plateaued and analysts worry the market for computer chips may be oversaturated.

Investors have become increasingly bearish on Intel’s prospects, with its stock down 12 percent this year. The company’s poor showing in the market hurts all the more considering the bull run on technology stocks and other chip makers in particular.

AMD shares have nearly doubled in value, Nvidia is up a whopping 126 percent and the industry-tracking PHLX Semiconductor Index has gained 50 percent in 2020.

Analysts say Intel needs to develop or acquire businesses in growing markets, like graphics and artificial intelligence, to protect its standing in the industry and breakout of the slump.

CEO Bob Swan is making a big bet on Koduri’s ability to do for Intel as he did for AMD: build a credible, growing graphics business.

Intel already ships over 60% of all computer graphics hardware, according to data from graphics industry research firm Jon Peddie Research, but it’s at the less-profitable low-end of the market.

Nvidia and AMD’s products own the higher end of the market, selling standalone graphics processors to gamers, professional digital artists and video editors.

Graphics had always been an afterthought for Intel. Its graphics chips, called iGPUs, only had enough horsepower for the basics – streaming a Netflix video in high quality or editing a short home video in iMovie. The chips would fail miserably when asked to play a new video game or add computer-generated effects to a film.

Intel’s plan is to start competing with its rivals across the board, launching new graphics products for every type of consumer.

“We saw that the GPU market was many segments at many price points and performance levels,” said Koduri.

Intel’s relationships with PC makers, who have long bought the company’s flagship CPUs – the main processor of a computer – give it the advantage of immediately selling its new products at a massive scale.

In August, Intel launched its Tiger Lake processors for mass-market low-priced laptops, the first of its Xe graphics chips.

Though not setting any records for performance, the new chip’s low price and improved performance had manufacturers lining up to make their orders.

Demand for the chip pushed Intel’s laptop processor sales up 16 percent in the third quarter. Over 100 laptop models will ship with Tiger Lake chips by the end of the year and Intel expects 150 more will come in 2021.

Most importantly, it gave Intel’s Xe graphics line an immediate footprint in the market. That presence with users, Koduri said, forces software developers to optimize their code for Xe graphics.

“They’re not very motivated to optimize if your architecture is not pervasive up and down the performance range,” said Koduri. “This is why it was super important for us to keep our focus on integrated graphics which reached hundreds of millions of users every year.”

It’s an important piece of groundwork to lay before Intel tries to woo professionals and gamers who won’t bother purchasing a GPU if it can’t handle demanding software.

“Building a discrete GPU that will physically fit inside a thin and light notebook while keeping the power drain down is no simple feat,” said Jon Peddie, President of Jon Peddie Research. “Intel has demonstrated some great engineering.”

The biggest test will come next year when Intel releases its line of desktop GPUs. The company is hoping to win over gamers and professional content creators like Andrew Christian – Nvidia and AMD’s core customer base.

“Even if Intel doesn’t have state of the art GPUs, it will be a competitive force and take business away from AMD and Nvidia,” said Peddie. “It can do that with average to inferior parts.”

In its first foray, Intel’s chips may not match the power of AMD and Nvidia’s graphics cards. The company will, however, establish a foothold.