Netflix’s final frontier is in Asia, where untapped markets make up billions of potential subscribers 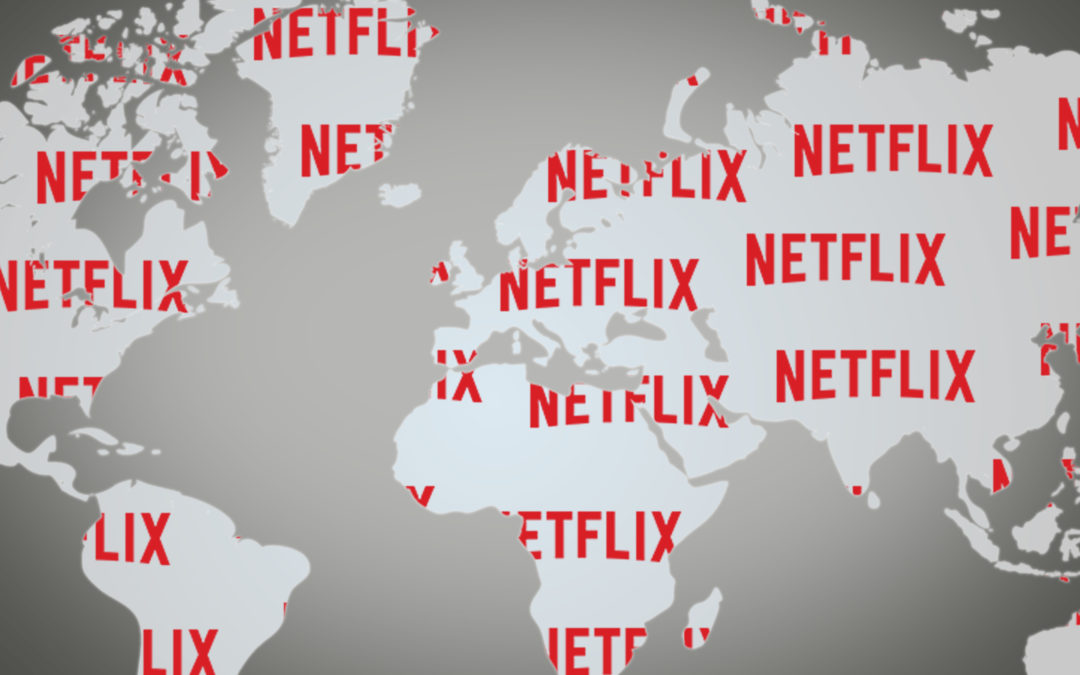 In the past four years, Netflix has rapidly expanded its reach, launching in over 130 countries since 2016, aiming to capture market shares in these countries before anyone else.

“The U.S. story played out years and years ago,” said Alex Giaimo, stock analyst for Jefferies. “The majority of growth now is coming from these international markets that look like the U.S. did 10 years ago.”

With 193 million subscribers in more than 190 countries in the world, Netflix is dominating the world’s streaming market.

But in a bid for global domination of the world’s streaming markets, Netflix is facing a series of challenges, from pricing issues to government roadblocks and new competitors hoping to capitalize on the global streaming industry.

The company needs to figure out how to put more distance between itself and its rivals as it continues to grow. Asia could be key.

The streaming company reported explosive growth in Asia this year, as the company’s long-term investments started to pay out in the form of additional viewers.

During the last quarter, 91% of Netflix’s 2.2 million global net subscriber additions came from markets outside of North America, but Netflix’s highest paid membership growth was in the Asia-pacific region, particularly in Korea and Japan, where the company reached double-digit growth this year as people stayed home during the pandemic and their appetite for accessible content grew.

Netflix’s stock price has increased more than 56% since the first lockdown in March and analysts estimate that Netflix will end the year with $24.95 billion in revenue and $3.14 billion in profits. Global sales for 2021 are projected to grow 18% next year, falling slightly from this year’s estimated growth of 23.8% as the world starts to open up and the demand for at-home entertainment falls. However, even with the slight slowdown in growth next year, analysts estimate revenue in 2021 will top more than $29 billion with $4.77 billion in estimated profits.

During the third quarter of 2020, the Asia-pacific region contributed 43% of Netflix’s total paid net membership additions and revenue year-over-year in this region increased by 66%. Netflix has said it plans to double spending on original content in Asia next year, in a bid to stay ahead of the competition and cement its stronghold in the region.

Netflix is taking a tailored approach to targeting both emerging markets and more developed economies like South Korea in the continent. The company is focused on producing localized content, developing country-specific pricing strategies such as mobile-only plans, forging local partnerships, and even delving into the world of broadcast.

Emerging markets, like Indonesia, Malaysia and the Philippines in the Asia-pacific region, will play a large part in Netflix’s future growth in the coming years.

The region accounts for roughly 60% of the world’s population but makes up around 12% of Netflix’s paid users. Additionally, young demographics, fast-growing and increasingly digital economies, and a burgeoning middle class with a growing income means this region has huge potential for future growth in streaming.

Man Chung Cheung, research analyst at Intelligence Insider, said he expects double-digit growth in Netflix’s viewership in the region for at least the next two years.

Thornton said that while other companies, like Disney, are pursuing a similar content strategy, it is an expensive undertaking that not many companies can compete with.

“Netflix went out and took on lots of debt and has operated at a deficit for quite some time, but they are going to turn free-cash-flow positive in a couple of years and will be free cash flow positive forever after that,” said Thornton. “For other companies to follow that path is almost impossible.”

Nathan Oh, a Canadian-Korean based in Seoul, South Korea, said that while Netflix has been in South Korea since 2015, its popularity only exploded in recent years as the company started pumping out Korean-related content like the popular stand-up comedy special, “Yoo Byung Jae: Too Much Information,” in 2018 and the Korean-period-zombie drama, “Kingdom” in 2019.

“[Kingdom] just exploded, like people went nuts for it and we watched it too, it’s great,” said Oh.

Oh said advertisements for the Netflix series were everywhere, from YouTube to taxis, to his cell phone service KT Olleh. The telecommunications company partnered with Netflix to allow users of KT’s IPTV platform Olleh TV to access Netflix content.

Oh said Netflix is so popular now that his uncle, his in-laws, and his parents all use it.

But while South Korea and Japan accounted for an estimated 57% of the paid subscriber growth in the third quarter of 2020 according to Media Partners Asia, emerging markets in Asia are where Netflix has the most potential to grow.

But Netflix faces hurdles in penetrating these markets.

It has struggled to price the service right in some regions where both international and local competitors charge less for their streaming services.

For emerging markets, ad campaigns and localized content are not enough to drive high subscriber growth. The cost of Netflix’s normal streaming plans in lower-income economies is too high of a barrier to entry for a large portion of the population who could access local content from local producers at a much lower cost.

However, populations in these markets rely heavily on mobile phones for internet usage.

For example, 95.4% of Indonesia’s more than 170 million internet users prefer to access the web via their smartphones, according to the Indonesian Internet Service Providers Association.

To capitalize on these trends, and to compete with lower-priced competitors, Netflix launched a cheaper, mobile-only plan in India in August 2019. Netflix subsequently rolled out plans in Malaysia, Thailand, the Philippines and Indonesia all priced at below $5 a month.

This is a significantly lower cost than most of Netflix’s basic streaming plans in other countries. In emerging markets, Netflix is willing to make less money in order to grow subscribers.

With these countries’ high population density and growing economies, there is huge potential for growth.

“It’s more important for [Netflix] to get the subscriber first,” said Jun Wen Woo, senior TV and online analyst at Omnida, a tech research and consulting firm. “So for now, they want to scale in this developing market.”

It’s starting to pay off.

In Indonesia and Malaysia, Netflix is beating out Amazon Prime Video in terms of market penetration, said Cheung. According to Media Partners Asia, by the end of 2020, Netflix will have 35% of subscription video-on-demand revenues in these areas versus 10% for Amazon Prime Video.

A partnership with a local telecom provider, Telkom, helped Netflix break into an emerging market it was previously locked out of: Indonesia.

The company also partnered with the Indonesian Education and Cultural ministry via the state-owned broadcaster, TVRI, to publish original documentaries, like Tidying Up with Marie Kondo, Street Food: Asia, and Our Planet, among other programs on broadcast T.V.

This partnership effectively gave Netflix the government’s seal of approval for both the public viewers and local production companies who might wish to partner with the company.

“The partnership with local government is a strong strategic move for Netflix as it will likely improve its relationship with the state and improve its brand image in the market,” said Wen.