Amazon may be forced to break up its e-commerce empire 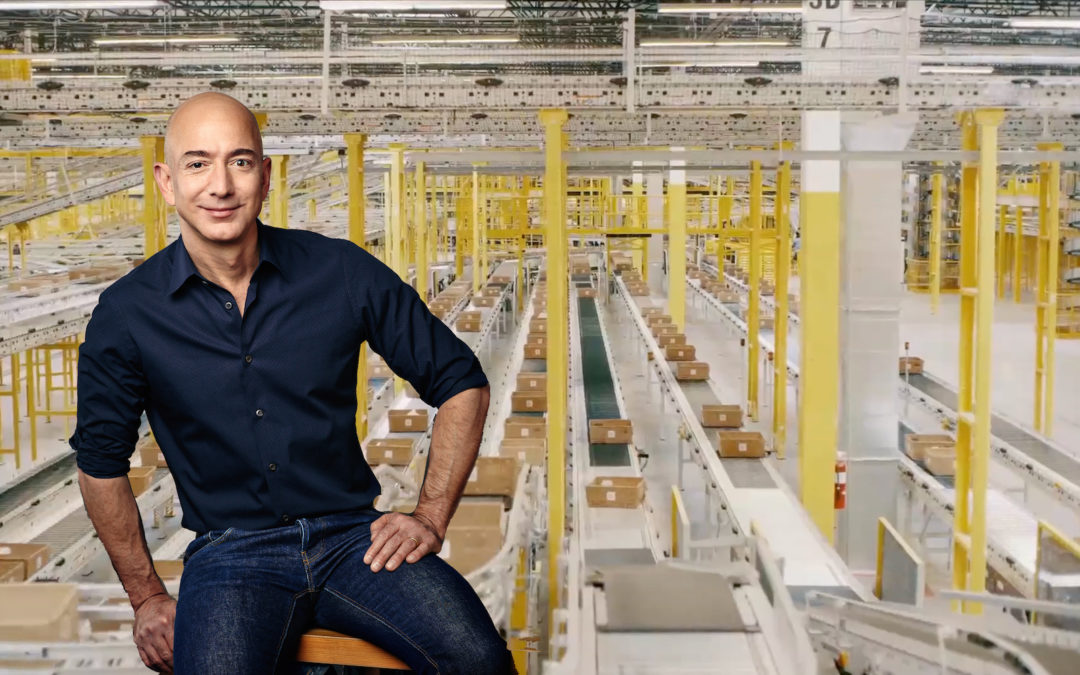 The numbers that describe Amazon’s role in the American economy are eye-opening.

More than 197 million people shop online at Amazon and more than 112 subscribe to its $119-per-year Prime membership program that offers perks like faster shipping.

The tech giant is on track to open 33 fulfillment centers this year, hiring over 400,000 employees to handle the expansion. It now boats over one million people on its payroll, making it the second-biggest employer in the U.S. after Walmart.

But the tactics Amazon has used to achieve that growth—appropriation of third-party seller data, predatory pricing, using its gatekeeper power to coerce partners—have pushed it into the Congressional spotlight and both the new attention from Congress and the incoming Biden administration are likely to consider legislation and other action that would curb its growth or even lead to a break up of the company.

“The evidence we’ve collected shows that Amazon is only interested in exploiting its monopoly power over the e-commerce market place to further expand and protect this power,” said Rep. David Nicola Cicilline during the hearing that Congress held in July. “This investigation makes it clear that Amazon’s dual role as a platform operator and competing seller on that platform is fundamentally anticompetitive and Congress must take action.”

If Congress succeeds in breaking up Amazon, it will hit the tech giant’s core business tactic: cross-market growth.

“We call it the Amazon Prime ecosystem,” said Brian Yarbrough, analyst at Edward Jones. ”It’s where people become Prime members and then they’re kind of hooked with the music and the videos, free shipping, and everything else that goes with the Prime membership.”

“As these vaccines for Covid roll out I wouldn’t expect all of the people that have shifted their buying patterns to online to stick with it,” said Yarbrough. “I also expect the growth to slow down in 2021 simply because they’re up against such tough comparisons from 2020.”

Amazon’s exponential growth combined with Congress’ scrutiny of the tech industry makes this a defining moment for the company’s future.

Congress went after Google in October and Amazon is next in line. The four tech giants –Amazon, Google, Facebook, and Apple– were scrutinized in a 16-month investigation led by the House of Representatives over concerns the companies abused their market dominance and gatekeeper status. Amazon is accused of exploiting third-party sellers on its online marketplace and developers on its fast-growing cloud computing segment, Amazon Web Services (AWS).

In the case of Amazon, proving consumer harm is tricky, because not everyone is aware that they are exchanging cheap services with their valuable personal data. In terms of market dominance, Amazon has been hiding behind broad definitions of retail in order to disguise their true market share.

“I think it’s pretty hard to establish first of all which market Amazon would have market power in and second of all that there’s actual consumer harm,” said Richard Geddes, Professor of Infrastructure Policy at Cornell University, pointing to two important tests in antitrust cases.

Rep. Neguse and Amazon’s CEO, Jeff Bezos at the antitrust hearing in July.

Amazon CEO Jeff Bezos’ core defense is that when you factor in restaurants, bars, and gas stations, Amazon is just a small part of the U.S. retail industry. But Bezos also told Congress that Amazon made up 30 to 40% of all online sales. He considers online sales a different channel, not a different market.

Amazon didn’t just build a marketplace, it built the largest e-commerce infrastructure, with fulfillment centers all over the country. But Amazon wasn’t able to achieve this by itself, it got a lot of help from state governments.

Amazon increased its lobbying efforts over the years. It spent almost $20 million last year and ranked among the top 10 spenders, spending more than other tech giants.

States have also outbid each other, offering generous sales tax discounts and subsidies, so that Amazon would establish itself there, providing thousands of jobs for their local communities.

Amazon used the taxpayer money it got in the form of subsidies and tax discounts to build more fulfillment centers and continue its expansion and dominance over the e-commerce industry.

Amazon collects all the data it can about what we do. It tracks items that go in and out of our cart even if we don’t check out, everything we stream, our contacts, and much more. Its vast information about us gives Amazon an advantage over competitors. A Wall Street Journal investigation also shows that Amazon uses third-party seller data to identify products that are performing well, then create its own version of the product and drive its competitor out.

Rep. David Nicola Cicilline at the antitrust hearing in July.

Despite its treatment of third-party sellers, online retailers say they can’t compete unless they’re on Amazon. A 2020 third-party survey of more than 1,000 Amazon sellers states that 37% of third-party sellers rely solely on Amazon to produce income. This gives Amazon a lot of negotiating power in terms of its contracts, its sales price, and the fees required to be competitive on the Amazon marketplace.

Amazon raised the fees it charges third-party sellers, which averaged at 19% of each sale in 2015, to 30% today. Bezos said this is due to the extra services that the sellers hire from Amazon.

The problem is that unless the sellers buy these extra services from Amazon, such as Amazon’s delivery services, Fulfilled By Amazon, they don’t get flagged as Prime-eligible or even get a fair chance to “win the Buy Box”, meaning getting selected to fulfill an order for a product that more than one seller provides.

Even when sellers comply with all of Amazon’s demands, some say their accounts get shut down without explanation, leaving them without income.

A third-party seller testimony played during the antitrust hearing in July.

Paul Rafelson started selling DVDs and video games on Amazon and other e-commerce platforms 17 years ago to pay for law school. Once his career as a lawyer kicked off, his online retail business became more of a hobby. Three years ago he was asked by a third-party Amazon seller consultant to write a blog post giving advice about a sales tax issue that several sellers were experiencing.

It was then that Rafelson felt compelled to do his part to help other online sellers that were being taken advantage of and founded the Online Merchants Guild. The guild represents a group of online sellers that have been affected by Amazon’s business practices.

“Every day you’re holding your breath,” Rafelson said. “Like you don’t know what’s going to happen. And when things happen Amazon is unresponsive. It’s like you’re losing your business overnight.”

Amazon did not reply to requests to comment. When Congress asked Bezos about this conduct he repeatedly avoided a straightforward answer saying he would look into it.

The European Union filed an antitrust lawsuit against Amazon in November focusing on the company’s unfair use of third-party sellers’ data to gain a competitive advantage over them. The lawsuit could result in fines amounting up to 10% of Amazon’s annual worldwide revenue, or $28 billion based on 2019 sales.

So far Amazon has avoided the antitrust and other anti-competitive lawsuits filed by the Justice Department and state attorneys general against Facebook and Google. While such lawsuits are always possible, proving harm against Amazon is harder than against the other tech giants.

The incoming U.S. administration also promised to go harder on big tech. According to Eleanor Fox, NYU Professor of Trade Regulation, the Biden Administration will be more aggressive but will still have a hard time limiting Amazon, because consumer harm is not as evident when customers think they’re getting a great deal at Amazon. “The law itself, the statute itself is not essentially limited. It’s what the courts have done to limit it and the Supreme Court in particular,” said Fox.

It won’t be an easy battle, not for Congress, which will have to become more knowledgeable on how e-commerce operates and update its metrics to determine what is and isn’t a monopoly. It won’t be easy for Amazon either, since it will have to show accountability for the accusations that are surfacing. Eventually, the tech giant may have to change its business tactics or sell parts of the company.