The movie theater sector will be one of the last to recover. Skittish investors agree. 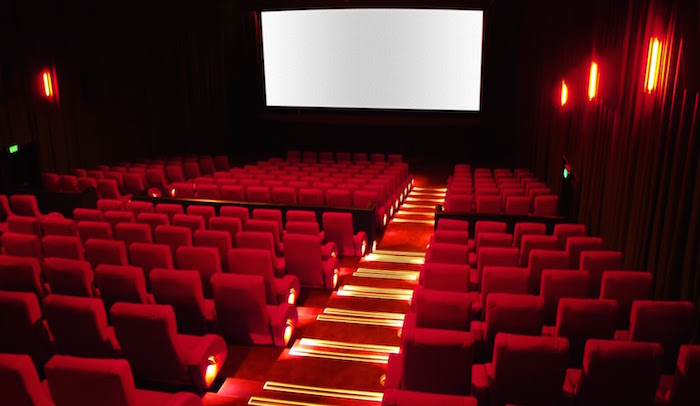 The movie theater sector continues to grapple with how to recover from the pandemic-induced devastation of the coronavirus as investors continue to think cinemas will be one of the last industries to recover.

Cinemark Holdings Inc. and Marcus Corp. are trading at only half of their pre-pandemic levels from two years prior. IMAX’s stocks have fared slightly better but prices have still been dampened due to the continuing economic downturn.

The movie theater sector continues to grapple with how to recover from the pandemic.

AMC Entertainment is the one anomaly among cinema stocks, with the meme stock seeing meteoric gains this year as individual investors drove retailers’ shares even higher. Since the start of the year, the stock is up 1800% to $40.29.

The falling stock prices reflect a continuing concern for public safety, which intensified this summer due to the emergence of the Delta variant. The onset of shorter windows for movies to play exclusively in theaters and the simultaneous release of films in cinemas and streaming services, coupled with the massive streaming blitz, have only made recovery more unlikely.

“Since the pandemic, most consumer-facing businesses have recovered at or above pre-pandemic stock levels,” said Chad Beynon, a senior analyst at Macquarie Group. “The movie theater sector has been one of the last to recover because there still remain questions around what demand will be, what the theatrical windowing will be, and that has hurt valuations.”

Major cinema chains shuttered thousands of U.S. locations indefinitely in March 2020 as the country went into a forced lockdown during the start of the pandemic in an attempt to quell COVID-19 cases and deaths. When these chains started to reopen their doors several months later in August 2020, attendance remained low, fueled by fears of poor ventilation, crowded spaces and the lack of vaccinations among patrons.

Moviegoers’ concerns have persisted in the following months – even as the two biggest movie markets in the country, New York City and Los Angeles, reopened – exacerbated when several theater chains, including AMC and Cinemark, announced in late May 2021 that vaccinated patrons would no longer be required to wear masks inside cinemas.

“Some people are still not masking in the theaters. They’ll wear it inside, and then take it off,” said Alicia Reese, a senior associate at Wedbush Securities Inc. “Others are nervous about going out, particularly if they have high-risk individuals at home like grandparents or children under the age of 12, who are not eligible for vaccination yet.

To compensate for the billions of lost revenue amid months-long movie theater closures and stalled blockbuster productions, studios tore up their upcoming release schedules, postponing high-profile feature films to next year and sending other, presumed lower-grossing titles to streaming services or digital rental platforms.

Shorter theatrical windows and day-and-date releases – when a film becomes available in theaters, DVD and video on demand all on the same day – flourished, as studios pivoted to boosting their in-home streaming services and compensating for diminished ticket sales to recoup some of their losses. This move provided millions of quarantined viewers the ability to watch content across various screens and providers, with new streaming video services from prominent studios like Disney, Universal and Warner Bros. joining Netflix, Hulu and Amazon.

“There’s been commentary from the big studios, indicating that there could be a change in the business model,” said Beynon.

Since September, movie theater stocks have experienced a slight uptick, spurred by the Food and Drug Administration’s approval of the Pfizer COVID-19 vaccine and a stronger-than-expected Labor Day showing, mainly due to the release of American superhero film “Shang-Chi and the Legend of the Ten Rings.”

“I looked at stocks like LiveNation, and it was clear to me that if concerts were coming back, so too were movies. I imagined that when it was safe to go back to the movies, people would be so sick of their homes that they’d use any excuse to go out and experience a film again,” he said.

Beyond the slight institutional and individual investor optimism, there’s some evidence the industry could be poised for a rebound following studios’ commitment to debut their remaining slate of films in theaters for 45 days in theaters before streaming for the rest of 2021.

Two weeks ago, Disney, which premiered many of its releases in theaters and on Disney+ in day-and-date releases, promised to exclusively debut the rest of its films scheduled for release this year in theaters first for the remainder of 2021. Warner Bros., which has released all of its 2021 films simultaneously in theaters and on HBO Max, has already pledged to revert to exclusive theatrical runs next year.

Therefore, Cinemark, Marcus Corp. and IMAX stock prices could experience an unexpected windfall heading into the fourth quarter and potentially 2022. But even with studios’ newfound commitment, much of this is still dependent on the profitability of the content released.

“As Disney and some of the other bigger studios, like Warner Brothers and Universal and Sony, stick to this formula, there’ll be good things ahead,” said Beynon.