Uber CEO: End of Its Current Model Is “The End of Flexibility” 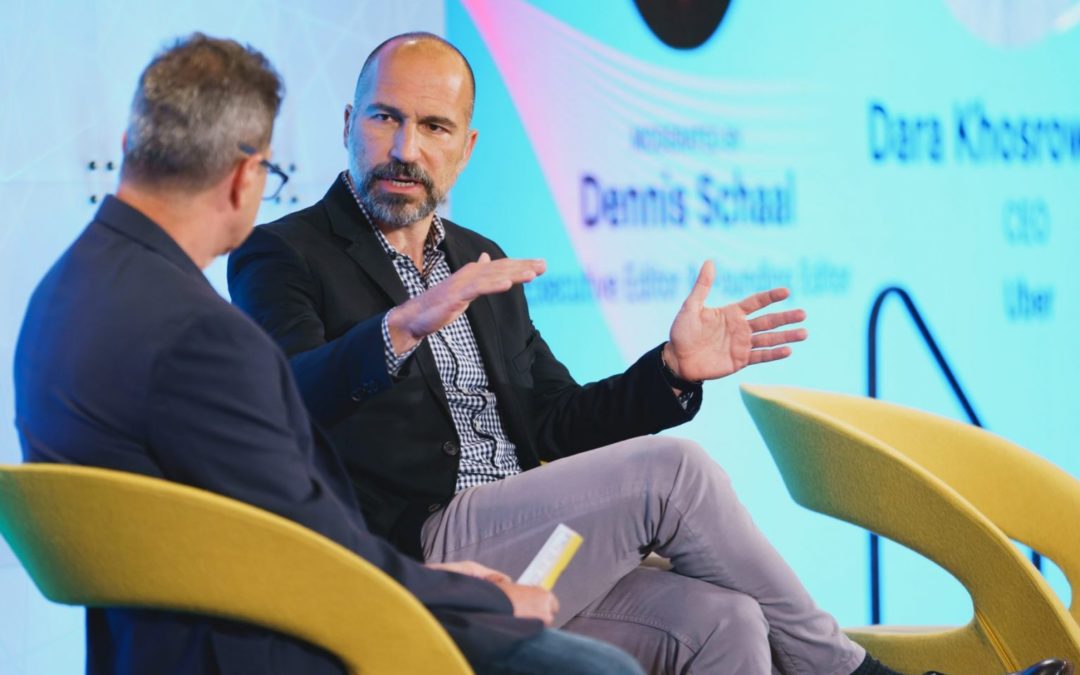 The CEO of Uber Technologies Inc. said on Wednesday that changes in how the company currently operates, which provides gig workers with limited benefits as independent contractors and not employees, will mean the demise of flexibility for the workers.

Dara Khosrowshahi said if Uber is forced to classify workers as employees, it would put the responsibility on the company to force hours worked and breaks on workers to match earnings.

“The cool thing about Uber is the more productive you are as a driver in the marketplace, the more money you make,” Khosrowshahi said. “This is the maker economy for blue collar workers. And instead of vilifying it, we should be celebrating it and we should be supporting it. And instead of trying to go back 20 years, we should try to take it to the next step, which is flexibility, earnings plus benefits.”

Gig companies like Uber and Lyft have resisted classifying drivers as employees but as independent contractors without the usual labor protections like minimum wage, sick leave, unemployment and workers’ compensation benefits.

In 2019, California passed a law requiring gig companies to employ their workers but the companies mounted an opposition in the form of a ballot measure, known as Proposition 22, that would allow workers to remain independent contractors. Proposition 22 passed with about 59% of the vote and successfully repealed the law.

However, the issue remains unresolved as a judge in California ruled the proposition as unconstitutional and the gig companies and their coalition, Protect App-Based Drivers and Services, have said to have plans to file an appeal.

Uber regards its IC+ model as a compromise between full-time employment and gig employment for its workers. The business model will still classify workers as independent contractors but provide more benefits, though limited, for workers than a typical gig worker.

Khosrowshahi’s remarks came during a conference at Skift Global Forum where he reiterated that drivers prefer the IC+ model over full-time employment because it provides shift flexibility. He noted plans to extend the business model across the country by pushing for legislation that would keep gig workers classified as independent contractors, citing New York and Massachusetts as an example. He expressed support for a Massachusetts ballot proposal, in August, that does that.

While employed as contractors, Uber is not required to provide health insurance and benefits to its workers. However, Khosrowshahi said the company has proposed a “Flexible Benefits Fund” where all gig companies would provide data on worker hours and earnings under the plan. Workers would qualify for the benefits fund only after they meet certain specific engaged hours per quarter, which would be aggregated across all companies in the gig industry. This plan has only been announced for Canada.

“The drivers can use those benefits however they want,” Khosrowshahi said. “So if they want to use it to buy healthcare, great! If they want to use it to pay for their next vacation, great! That’s ultimately going to be our approach and we’re having discussions on a local basis in New York and Massachusetts. If the conversations go well, we’re certainly ready to move forward with an IC plus model and hopefully legislation can follow as well.”

Khosrowshahi’s comment came a day after Uber announced in an SEC filing that suggested that the company could break even by the end of the third quarter.

The company had an adjusted earnings loss of $509 million in its last quarter, according to its last earnings report. Much of the loss was attributed to the company’s aggressive push to bring back drivers to the rideshare platform in that quarter through incentives. Having cut back on spending on incentives for the third quarter, Uber was projected to reduce its loss to $100 million by the end of the third quarter.

“The better outlook provided by the firm is a result of Uber’s network effect moat source remaining intact, which we think has allowed the firm to lower driver acquisition spending even as driver supply has continued to increase,” Ali Mogharabi, senior equity analyst at MorningStar wrote in a research note about the SEC filing.

On a separate note, Khosrowshahi also announced a vaccination requirement for its employees in order to return to the office, which is estimated to be sometime in January.