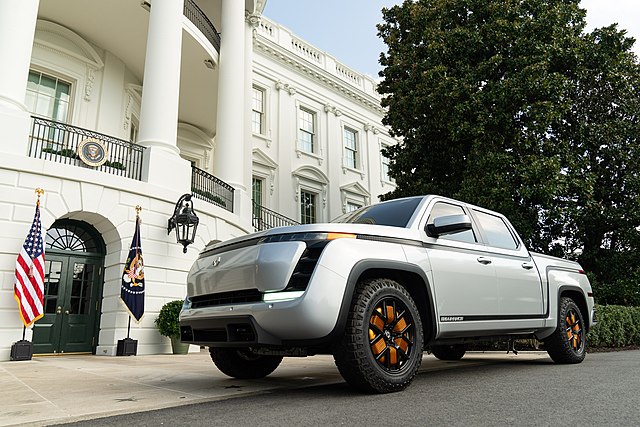 The market has soured on shares of electric vehicle startups — Wall Street’s embattled darlings that investors hoped would be the next Tesla — amid a series of federal investigations, corporate restructurings and production delays.

Stocks of Lordstown Motors (RIDE), Canoo (GOEV) and Nikola Corp. (NKLA) have tumbled significantly since they debuted on the stock market last year to investor fanfare.

Meanwhile, the broader market has been on the rebound since it hit bottom in March 2020. The S&P 500 is up 19% for 2021, buoyed by continued low interest rates from the Federal Reserve Bank and record-high corporate profits.

Electric vehicle SPACs have struggled to prove their worth to investors.

The retreat from once-hyped electric car startups underscores the make-or-break moment facing players in the sector as they race to “out-Elon” Tesla Inc.’s Elon Musk. They sold investors on the future of electric vehicles, but the question remains whether they can deliver products to customers. Ongoing company tumult, a global supply-chain crisis and increasing competition have intensified risk in an already volatile sector — and ultimately will shape who its winners and losers are.

“The market is now starting to take a much more discerning view about exactly how many of these companies are going to get products finished from a design perspective, manufacture them on time and on budget, and find people to buy them,” said Jon Lopez, an analyst who covers electric vehicle companies for Vertical Group.

Lordstown, Nikola and Canoo — and many other EV startups — skirted the traditional and much longer initial public offering process through deals with special purpose acquisition companies (SPAC), another way to bring private firms public. These startups trading debuts were met with enthusiasm from investors, who were bullish on the future of electric vehicles even though these companies’ hadn’t yet manufactured and sold any cars.

Since going public, the tides have turned against them.

Trouble began in March for Ohio-based Lordstown Motors, an electric-truck startup, when it was accused of inflating the numbers of its preorders, prompting the SEC to launch an inquiry in May. That same month, Lordstown admitted it missed production targets because it was out of cash, and its CEO and CFOs resigned.

The SEC is also investigating California-based Canoo’s SPAC deal after the company upended major parts of the business model it pitched to investors.

Both the SEC and the Department of Justice have opened investigations into Nikola, an Arizona-based hydrogen trucking startup, over allegations it exaggerated its technology.

“All these situations are quite idiosyncratic. But underlying them is the same recurring theme: When the EV SPAC community went public, there was this wave of euphoria,” said Lopez. “What companies are finding a year later is life has gotten in the way.”

The reality is it’s very difficult to mass produce a vehicle.

“One major advantage Tesla had when it was starting out was that it faced no real competition,” said Seth Goldstein, a senior equity analyst at Morningstar.

Today’s startups are in competition not just with Tesla and each other, but also industry powerhouses like Ford and General Motors, who bring with them huge factories , workforces and capital.

Lordstown, Nikola and Canoo each have expressed optimism despite recent blows to their businesses. But as these companies scramble to course-correct, other competitors are racing to gain market share.

EV startup Lucid made its trading debut through a SPAC deal late July and is up nearly 17% this month.

What separates Lucid from the pack is the new EV darling seems to be delivering on its promises, starting with its technology. The startup’s luxury sedan boasts more than 500 miles per charge, according to the EPA — meaning it beats out Tesla’s longest-range cars by more than 100 miles.

Lucid is also the only other EV startup that has pledged to begin production by the end of 2021, with the exception of Lordstown and Nikola; some competitors are months to years behind.

Fisker, Inc., another startup that went public in October, is up by 62% since its debut.

Rivian, an electric truck startup with a lot of social media buzz, is also gearing up for an initial public offering.

In a bright spot, Lordstown, Nikola and Canoo have shown early signs of a rebound in September after months of downward momentum.

Lordstown stock has surged more than 37% since the appointment of its new CEO Daniel Ninivaggi, who helped guide the rental car company Hertz through bankruptcy.

Canoo CEO Tony Aquila increased his stake in the company, which many Reddit traders see as a positive sign.

And last week, Nikola debuted the company’s first viable product since it was accused of fraud last year.

“I’m in a ‘wait-and-see’ mode,” said Jason Gutiérrez, a 32-year-old accountant from Houston, Texas, who invested in Lordstown in February after Tesla surged on the stock market. The appointment of Ninivaggi has eased some of Gutiérrez’s initial concerns.

“I think his ideas are probably a little more grounded in reality,” he said. “I think they can still turn things around.”