Rideshare apps struggle to regain footing after the summer of Delta 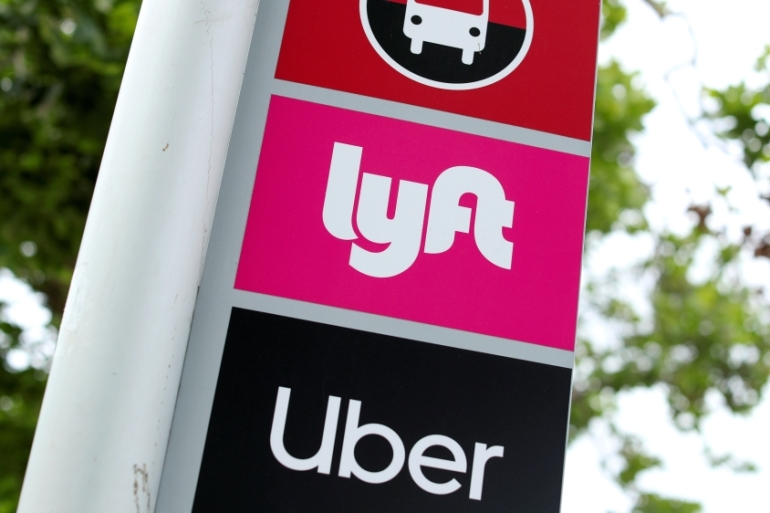 While travel, leisure, and hospitality stocks have all come back as more people get vaccinated, the companies responsible for getting consumers where they need to go– Uber and Lyft– are seeing some of their worst numbers since the onset of the pandemic.

Lyft’s stock closed Friday at $55.64, bouncing back from an August low of $45.89 spurred on by the presence of the Delta variant. The company is working to get back to its IPO price of $76.88.

The companies main competitor, Uber is faring far worse, currently priced at $46.63, a week removed from its worse Friday close of 2021 at $39.53. Which is the most immediate concern for Axel Hernborg, a modest investor who owns Uber stock.

“It’s tough to make sense of it, I expected stronger gains given the country reopening,” said Hernborg.

Hernborg initially bought the dips in April of 2020 and made additional buys at the start of the new year. Now those buys have turned into losses for him for the first time since the pandemic but he remains unconcerned. “The potential provides for optimism, I am tempted to buy more,” he said.

Both rideshare companies had fairly weak IPO showings, and less than a year after they went public they were forced to confront an economy where most of its workers and customers were unable to leave home due to COVID-19.

But they slowly recovered at the pace the US economy did as cases and deaths from COVID-19 began to come under control and consumers became more willing to go out. That growth continued into the start of the year as consumer and investor confidence returned with the vaccine becoming more readily available.

But as vaccinations began to stagnate and cases rose with the more contagious Delta variant the investor confidence has gone away.

Concerns over potential stay-at-home orders have caused these stocks to drop off again. With rideshare companies, in particular, having a tougher summer than other hospitality, travel, and leisure companies who would be equally devastated by another spike in cases and ensuing shutdown. So what is the cause?

According to Edward Yurma, Managing Director with KeyBanc Capital Markets Blank the growth potential which has remained through the pandemic is playing a role. “As long as the threat of virus is present, investors are going to look for other outlets, because they will have that opportunity for expansion to remain present,” said Yurma.

The two apps spent the last decade becoming staples in daily American society. Yet neither has managed to turn an annual profit in their short lifespan.

Lyft saw its first profit excluding interest, taxes, and depreciation (EBITDA) in its existence for the second quarter of 2021, earning $23.8 million in gains. Still, the company lost $18 million for the quarter including the excluded items.

Uber’s performance lags behind its top competitor. The company reported a loss of $509 million in EBTIDA, up 39% from the same point last year, but still a far cry from their standing before the delta variant.

Uber’s losses are coupled with the weight of their debt of $9.7 billion, far greater than Lyft’s figure of just over $1 billion.

Both apps have faced public outcry due to perceptions of the customer experience that have taken a hit amid the shuffle in the workforce as the national economy has reopened. Driver shortages and increased demand have led to a spike in prices, with the original appeal of the apps being convenience and affordability gone due to higher wait times and most taxi’s being cheaper options.

Uber and Lyft have distinctions in their overall growth sectors. Uber has invested heavily in grocery and delivery. The app’s grocery service specifically has analysts making the case that Uber could become profitable as more consumers use delivery services in place of going to the grocery store.

That potential, along with the lack of a serious competitor to emerge in the immediate post-pandemic economy. Ultimately that provides for investor optimism over the long term because the growth potential is very high.

“Uber has benefited from not having an additional competitor emerge, it’s why they haven’t had to react with changes given the negative headlines this year,” said Ivan Feinseth, Chief Investment Officer with Tigress Financial Partners.

Both apps have faced public outcry due to perceptions of the customer experience that have taken a hit amid the shuffle in the workforce as the national economy has reopened. Driver shortages and increased demand have led to a spike in prices, with the original appeal of the apps being convenience and affordability gone due to higher wait times and most taxi’s being cheaper options.

The presence of the pandemic has helped Lyft, as a result of investments the company made in helping patients get to medical appointments.

“Lyft’s investment in healthcare is what has helped its appeal in comparison to its main competitor,” said Feinseth. Lyft has had a better year than Uber, yet still felt the pain of the delta variant wreaking havoc this summer with the stock down $11.76 a share from its high water mark in March.

Hernborg initially had shares in both but moved his Lyft stock into Uber during the pandemic due to spikes in delivery, coincidentally Uber has fallen further than Lyft. He admitted he was not fully versed on Lyft’s healthcare upside that fellow investors saw.

Still, experts like Feinseth see both as a good long-term buy, as long as the investor is able to bear with the short-term uncertainty. “The pandemic is going to end at some point, and that will ultimately spur a broader economic recovery, that is a season where these companies will thrive.”