Telecom Companies and High Speed Network Are in an Unrewarding Relationship 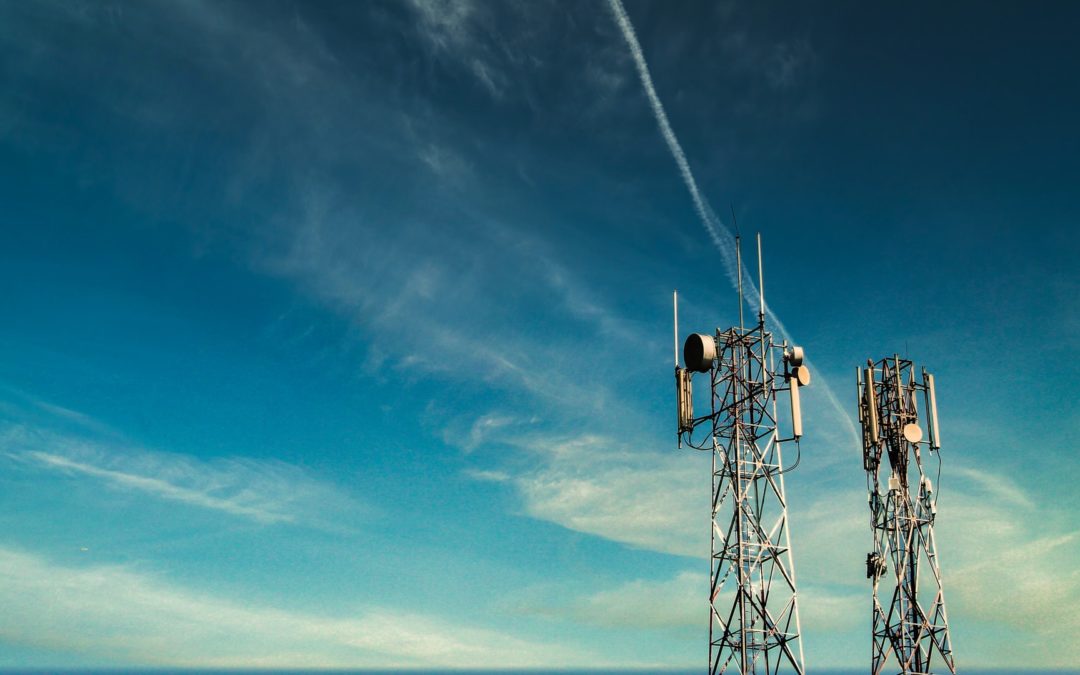 Despite spending billions of dollars on the rollout of the 5G high-speed network, investors are showing no love to the companies in the wireless communications sector.

The introduction of 5G, a successor to the 4G network, is an opportunity for these companies to boost profits as demand for a faster network, further exacerbated by remote work and remote learning, was projected to increase. However, these telecom stocks have been going nowhere, put off by a variety of reasons including disappointing gains in profits and new customers.

“Unfortunately, these stocks have significantly underperformed the market based on their low level of growth and a number of ongoing business changes and restructurings,” said Ivan Feinseth, chief investment officer at Tigress Financial Partners LLC in an interview about Verizon and AT&T.

Cell phone companies started deploying 5G worldwide in 2019 and earlier this year, Verizon, AT&T and T-Mobile were part of a government auction of mid-brand radio spectrum that took place in February. The spectrum is supposed to help enable faster and efficient 5G services. Verizon had spent $53 billion, including incentive payments to satellite operators and clearing costs. Along with T-Mobile and AT&T, the three companies won 90% of the 5,684 licenses up for sale.

AT&T has been hampered by the $170 billion it accumulated in a series of acquisitions, which it is unwinding with its decision to merge with Discovery. AT&T’s deal to combine its WarnerMedia subsidiary with Discovery will grant the company about $43 billion to help reduce some of the debt it incurred to acquire WarnerMedia. But, the stock has plunged since the company decided to slash its dividend payout ratio in half from 7% yield to about 4% in May in order to use the money to also reduce its debt.

T-Mobile’s stock has been pulled down by a massive data breach in August which affected about 50 million customers. The stock continued on a downward slope thereafter, erasing most of the gains the company had as a result of its Sprint merger and the government auction earlier this year.

Verizon continues to face intense competition from T-Mobile and AT&T and analysts and investors alike are worried that the company wouldn’t be able to turn a profit. In an effort to improve its 5G coverage, the company was able to install equipment to use its recently acquired mid-brand radio spectrum. However, even with its progress, the deployment of its 5G ultra wide-band could not come fast enough for consumers and investors alike. And so, its stock has been going nowhere. 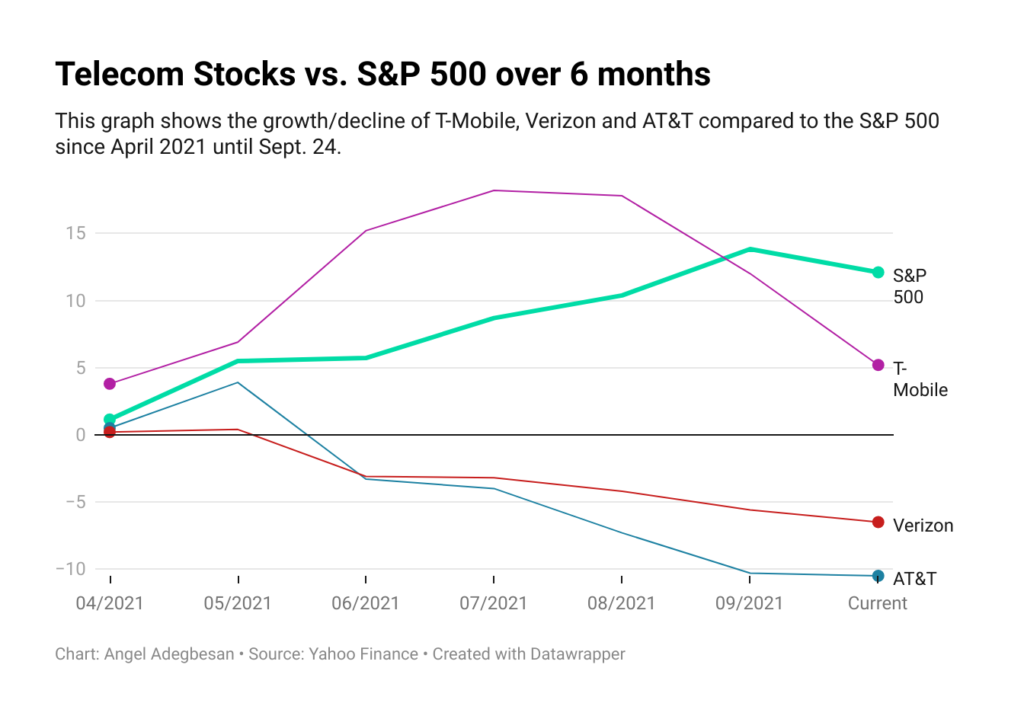 However, despite the downward and fluctuating trend of these communication stocks, many analysts still hold a strong buy recommendation for these wireless companies.

“(Verizon) continues to benefit from the ongoing rollout of its transformative 5G network as it will increasingly benefit from significant investments made in new wireless spectrum earlier this year,” Feinseth wrote in a research report.

AT&T’s announcement of its Discovery deal as it continues to invest in its ongoing 5G rollout, has also piqued the interest of analysts as an expectation that the company is about to have a turn around. AT&T will also expand content for HBO Max, its streaming service, and grow its wireless subscriber base.

“We believe AT&T management is now putting the firm on the right path, shedding assets in a structure that makes strategic sense,” Michael Hodel, an analyst at Morningstar wrote in a research note. “The remainder of AT&T will refocus on the telecom business, investing aggressively to extend its fiber and 5G networks to more locations, which we believe will build on the firm’s core strengths.”

Analysts are banking on the government’s investment to expand broadband access through President Joe Biden’s infrastructure bill to help revive interests in the telecom companies and their stocks. The proposed $1.2 trillion plan, already approved by the Senate, allocates $65 billion to improve internet access for rural and low-income communities. The bill still faces opposition in the House of Representatives from Democrats and Republicans alike.

Despite the possibility of an influx of money into the sector for the development of high speed internet, some investors are wary of the stocks fluctuating and are in turn, investing in the companies behind the technology, which tend to have solid growth.

Brad Kaellner, a self-employed investor in Oakland, CA, who currently has a youtube channel with over 10,000 followers teaching personal finance and investment, says even though he uses Verizon services, he would not invest in the company.

Instead, “I have a pick and shovel investment through (Micron Technology),” he said.

A pick-and-shovel play is an investment strategy that consists of buying stock in the tools or technology an industry uses to produce a good or service, instead of in the service itself. Investors use this strategy as a way to invest in an industry without having to endure the risks of the market for the final product. For example, Micron Technology is an American company that produces computer data storage and 5G capable devices usually require a significant amount of memory and storage to store data.

Kaellner says his Micron stock is currently the largest holding in his investment portfolio, according to a recent video on his Youtube channel.