Plant-based Food Sales Are Soaring While Some Plant-based Stocks Are Tanking. 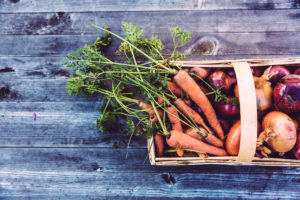 Photo by Markus Spiske on Unsplash

American consumers are buying more plant-based foods than ever before but some plant-based stocks are wildly underperforming the market. 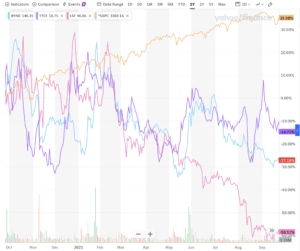 Plant-based foods are no longer relegated to the patchouli scented aisles of tiny health food stores, from 2018 to 2020 sales of plant-based products grew 43%, compared to just 17% for total retail food sales, but that new enthusiasm for plant-based products hasn’t always translated to booming stock prices. In the case of newcomers Beyond Meat, Laird Superfoods and Tattooed Chef the companies are expanding quickly without showing any profits.

“It’s too early to tell if Beyond’s first-mover position will result in a sustained market leadership position,” said Rebecca Scheuneman, equity analyst of Morningstar, in her note about the company.

In the past five years Beyond Meat has spent heavily on R&D as much as 36% to 8% which is much higher than the industry average of 1%-2%.

Part of the reason plant-based food companies have seen so much volatility is due to the market itself.  During the worst months of the COVID-19 pandemic shoppers stockpiled food and picked shelves clean.  Now that the economy has reopened consumers have returned to dining out again. Meanwhile producers are still grappling with supply-chain disruptions, inflation, and general uncertainty regarding the economy.

“Third-quarter revenue guidance of $120-$140 million is below consensus, driven by labor shortages, a July 4th shift, and decelerating foodservice revenue growth. aid John Staszak, CFA of Argus Research from his notes on the company. “Moreover, we expect concerns about the delta variant to have a negative impact on foodservice sales.”

Beyond Meat stock has dropped 27.19% in the past year despite an increase in net revenues of 32% year-over-year to $149.4 million.  Beyond has negotiated a partnership with Yum! Brands to sell menu items in Pizza Hut, Taco Bell and KFC stores.  It also garnered partnerships with Panda Express, Pepsico and a coveted deal to be the preferred supplier for McDonald’s upcoming McPlant burger.

All this growth at Beyond Meat has caused the company’s administrative costs to rise from 25% of revenue in 2019 to 34% for the first half of 2021.  Despite all of these promising future developments, Beyond lowered its third-quarter net revenue of $120 million to $140 million, which was substantially lower than analysts’ estimates of $153.3 million.

“Given the recent uptick of COVID-19 cases, which could disrupt demand patterns, we believe caution for the balance of the year generally remains appropriate,” Chief Executive Officer Ethan Brown said in a statement.

Tattooed Chef, a maker of frozen and prepared plant-based meals which went public in late 2020, has also fallen 14.72%. The company is fighting for space in the already crowded frozen food category.  So far it has agreements with Costco, Target, Sam’s Club and Kroger. In May Tattooed Chef acquired New Mexico Food Distributors at a cost of $37 million in cash.

All of this growth has lead to a a 75% revenue growth year over year in 2020 to $148.5 million. Although the latest earnings release for Tattooed Chef showed a decline in sales, quarter over quarter, despite a year-over-year growth of 45%.

Jose Najarro, a YouTube personality with 19,000 subscribers, and Tattooed Chef stockholder said this in a recent video he made about the company,

“Tattoo chef is definitely one of those growth stocks out there in the market right now. So, volatility is something that comes in the game. If you are not really prepared for the overall volatility in the stock market, Tattoo Chef is probably not the stock for you.”

Laird Superfood went public in September 2020. Its stock price shot to the moon when it was first introduced but has since plummeted to 58.51% in the past year. This May Laird acquired Picky Bars for $12 million and expanded their line. In what might be an ominous sign, the CEO and founder, Paul Hodge revealed he would be transitioning to a non-executive role on the same day as the company’s second quarter earnings statement was announced.

These relatively small niche companies face serious competition from established food producers. Industry leaders Tyson, Kellogg, Nestle, ConAgra and the Kraft Heinz Company also have their own plant-based food brands. These established companies have the ability to leverage their size and influence to get premium shelf space at supermarkets. If they are able to mimic recipes and market their products successfully they might obliterate or absorb these new startups.