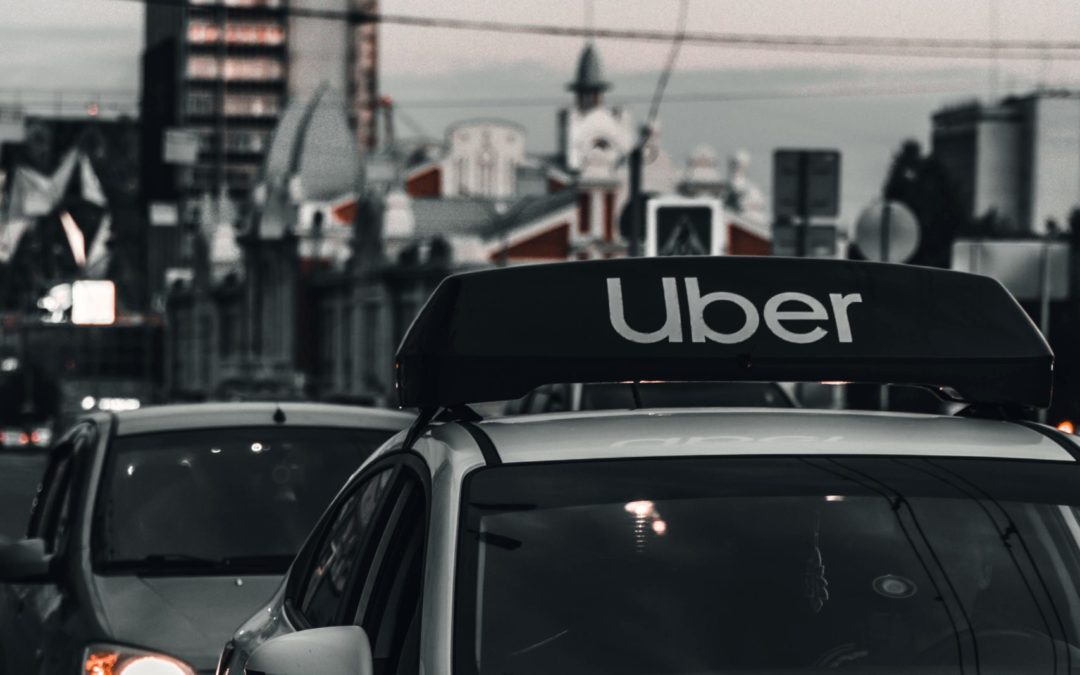 Uber Technologies Inc. said it could be achieving a measure of profitability by the end of its third quarter, a first for the company since its founding in 2009.

For the quarter ended Sept. 30, the company said it expects to report between a $25 million loss and a $25 million profit on an adjusted basis before interest, taxes, depreciation and amortization. The disclosure came in a Sept. 21 filing with the Securities and Exchange Commission.

Companies like Uber use an adjusted metric known as Ebitda to measure the profitability of the business’ core operations, and indicate potential profit in the future. The metric does not entail expenses like taxes and interest payments, because they do not relate to the business’ operations.

Following its second quarter’s earnings report, Uber had projected to have an adjusted loss of $100 million by the end of the third quarter. Now, the company has a forecasted improvement of up to $100 million adjusted profit in the fourth quarter.

“They say that crisis breeds opportunity and that’s certainly been true of Uber during the last 18 months,” said CEO Dara Khosrowshahi in the filing. “Thanks to the team’s tireless work we’ve not only grown our global leadership across both Mobility and Delivery; we’ve done so more profitably than ever before.”

The company’s stock reacted slowly to the news, increasing only by 4% on the day of the filing. Although Uber’s stock has gained 28% in a year, the stock has dropped 7% in the year-to-date, which could be attributed to the driver shortages and price surges that occurred earlier this year.

Analysts say Uber’s effort to merge its businesses on a single platform has aided in its successful reach to users.

“The integration of Uber’s mobility and delivery platforms will continue to ease cross-selling to not only consumers but also drivers, thereby lowering acquisition costs for both, which should result in higher take rate and further margin improvement,” Ali Mogharabi, senior equity analyst at MorningStar, wrote in a research note about the SEC filing.

Since its founding over a decade ago, Uber has racked up losses even as the company continues to expand beyond the ride-sharing business and into food, grocery and freight delivery services. The announcement marks a turning point for the company, which had suffered an $8.5 billion and $6.7 billion loss in 2019 and 2020 respectively.

Lyft Inc. the company’s biggest ride-sharing competitor in the U.S., achieved a measure profitability in its second quarter, with an adjusted Ebitda earnings of $23.8 million for those three months. For its second quarter, Uber had an adjusted loss of $509 million, according to its last earnings report. The company attributed much of the loss to its aggressive push to bring back drivers to the ride-share business in that quarter through incentives. It cut back on incentives in the third quarter.

Uber had setbacks with its ride-hailing business during the pandemic but rode on the wings of its food delivery business to make it through. Over the first six months in 2021, Uber Eats has contributed more than half of the company’s total revenue. In the last quarter, Eats brought in $1.96 billion, compared to $1.62 billion from the ride-share business.

Khosrowshahi said during a segment at Skift Global Forum last month that he expects Uber Eats to continue to grow even in a post-pandemic era and is setting a goal for the ride-share service to match its level.

He added that given the level of Uber Eats’ success, the opportunity has presented itself for other businesses in the company to match Eats. “I’ve told the team, the goal is to get to $50 billion. We got to a $50 billion run rate with Eats and we’re going to go beyond food,” Khosrowshahi said at the event.