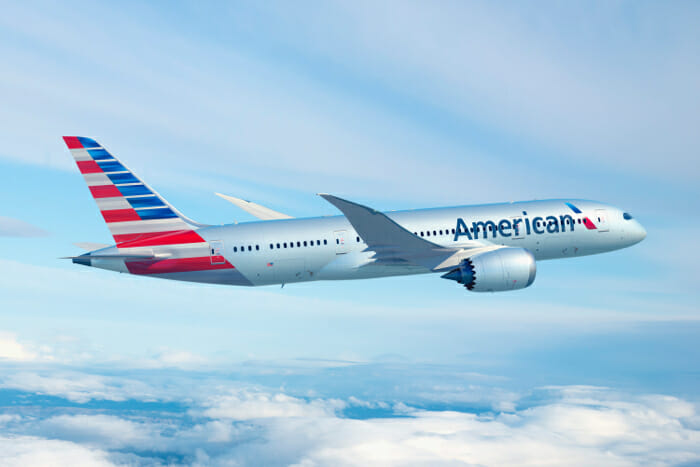 The president of American Airlines Group said on Tuesday that new domestic partnerships and more streamlined operations have positioned the company for a bounce-back holiday season.

Robert Isom believes the consolidation of the company’s fleet has the company ready to take advantage of new domestic opportunities into next year, which has been spurred on by alliances with competitors and a shift towards catering to leisure and vacation demand.

“American Airlines is the largest airline in the world, but we have reduced our fleet count by about 10 percent and are going to be able to fly nearly the same capacity,” said Isom on Tuesday in an interview at the Society for Advancing Business Editing and Writing conference.

“We have done all the right things to get the airline ready when demand returns, and I am confident that from a cost perspective, that we will be able to produce margins that are attractive.”

The airline began a fleet reduction program before the pandemic took hold, but was able to accelerate the process as a result of lower demand. That reduction included decommissioning older Airbus A330 and Boeing 767 aircraft mainly used for long haul and international flights. Phasing these aircraft out in favor of more efficient and similar capacity planes like the Airbus A321 and Boeing 787, which the company made investments in pre-pandemic.

The airline still must navigate the same challenges the entire industry has encountered, including maintaining its workforce to support its revamped fleet. After sudden layoffs in 2020, airlines are facing challenges to attract talent back, further exacerbated by changes in the flight experience during COVID-19.

Flight attendants, for one, have often found themselves acting more like mask-mandate compliance officers rather than service providers performing day-to-day responsibilities. A spike in early retirements also sent a chunk of their workforce away permanently. Still, leadership at American Airlines sees tremendous upside in the careers the company offers.

“These are really good jobs over the long run. I am very optimistic about attracting pilots and mechanics to the industry. If you put the time in to get trained you can make a great wage and advance for years,” said Isom.

Workforce issues are not stopping the company from moving to grow the carrier’s presence in markets where American Airlines previously underperformed.

American’s new relationship with JetBlue, called the Northeast Alliance, lets the two airlines sell tickets on each other’s flights. The agreement helps American Airlines reduce spending on gate space at airports where the airline is not the dominant carrier.

The airlines are in the midst of a lawsuit from the Justice Department over potential antitrust law violations. The agreement gives American Airlines a better footprint in the Boston and New York City markets. Before the partnership, the two airlines separately controlled 16 percent of the market share; together that has grown to 24 percent.

“In New York, from a competitive perspective, American has been a distant third or fourth in that region. So the [new] relationship with JetBlue has been really productive,” said Isom.

American Airlines also joined with Alaska Airlines in a west coast partnership, which gives  American a stronger presence in the Pacific Northwest. Alaska Airlines’ main hub is in Seattle, while competitors like Delta and United operate hubs in Salt Lake City and Delta, respectively.

These partnerships, along with a steady increase in leisure demand, have management optimistic about American Airlines’ prospects of a strong holiday season. The airline is set to fly 6,100 domestic flights per day in December, just “about 10 percent” short of what the carrier was operating in the same pre-pandemic period.

Isom also cites the airline’s re-alignment of flight routes to specific destinations which have flourished through the pandemic, which differ from a travel climate with more business travel demand. That has meant shifting planes and flight crews from transatlantic flight plans to more vacation destinations.

“We fly to the places that people want to go, and a lot of people have wanted to go to Cancun,” said Isom.