The High Cost of Deed Fraud and How to Handle it 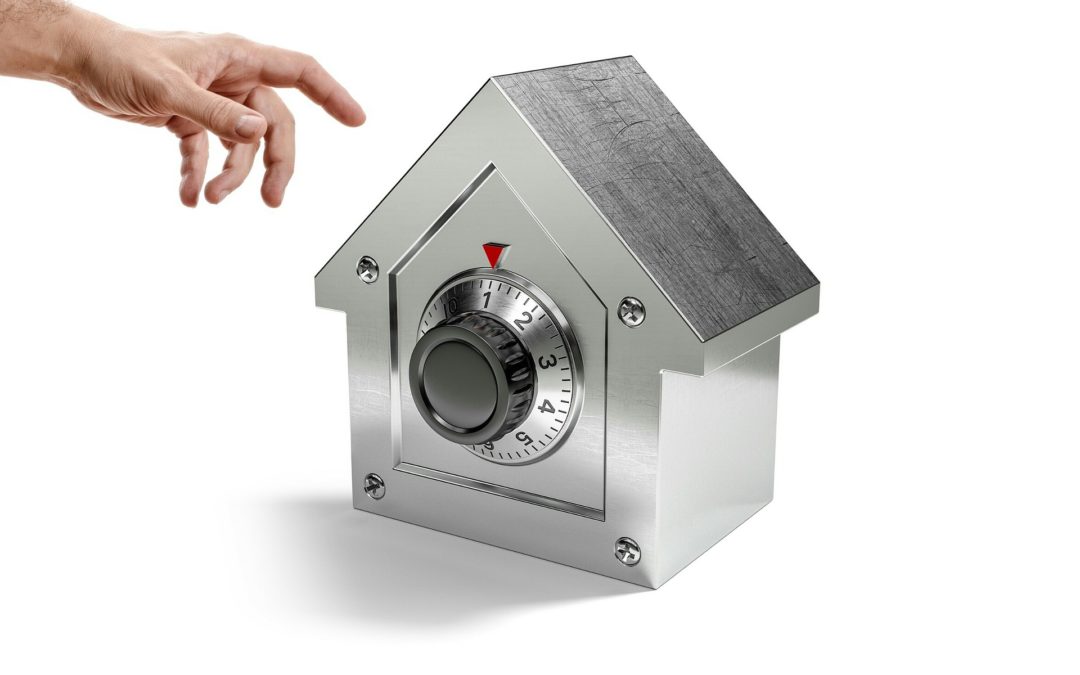 Randaull Cobb was in financial trouble trying to keep up with payments for his home when he was approached by solicitors who said they would help him, while also improving his house at the same time.

“I was looking to get help to save my property and the fraudsters came to my place harassing me to sell my place,” said Cobb, a tax preparer. “After I told them I didn’t want to sell, they claimed to want to help me. I, then, signed a consent form to help with modification and all of a sudden, I’m being told that my home has been sold.”

Cobb is an example of a victim of deed fraud. Deed fraud involves tricking or forcing a homeowner into signing forms that transfer ownership of a property. Scammers seek out financially vulnerable homeowners who are in foreclosure or behind on their mortgage, property tax, or water bills. Sometimes homeowners are misled into thinking they are signing some other type of legal document or signing blank documents that they were told would lead to mortgage modifications; instead, the documents were used to transfer the title to their homes.

The legal process for restoring the deed to a property is often long, difficult, and expensive.

While Cobb was able to avoid eviction and remain in his home, the case to get his deed back is still in the court.

Home deed theft has become a growing concern in the real estate business. 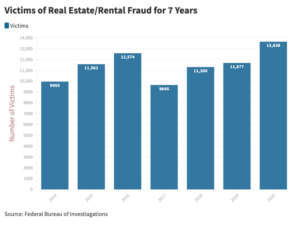 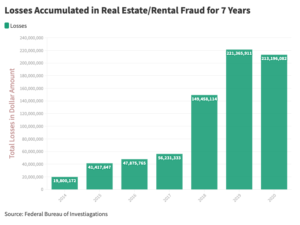 In 2017, the FBI reported over 9,600 real estate and rental fraud victims had losses totaling over $56 million. In just three years, the latest available year for which data are available, this number grew to over 13,000 victims with losses totaling over $210 million. However, these statistics include all different types of real estate, rental, and timeshare crimes, and not just deed fraud. In New York City, officials received about 3,000 deed theft complaints in the past five years, a majority of which was in the Brooklyn borough

Experts say scammers also seek out vacant homes or properties that are not being regularly maintained or monitored. Using personal information from the internet, they could assume the owner’s identity or claim to represent them. While equipped with fake IDs and forged signatures, they file paperwork with the county’s register of deeds to transfer ownership of the property to themselves or a third party. Then, they sell the home or borrow against it and when they fail to make payments on a loan secured by the property, the owner could end up in foreclosure or be unable to sell, refinance or pass the home on to their loved ones.

Some experts say the pandemic may have worsened the situation of deed fraud and theft because the recording of deeds either slowed down or stopped in some instances for some period of time. The lag of information being added to the databases could be really problematic for some homeowners who may not even know yet and make repairing or trying to fix any type of deed issue take even longer, significantly increasing the cost.

“If you can pull off something, steal, steal something and not get caught or not even start to get caught or have someone even know about it for three months or four months, that’s a great leg up on doing damage,” says Ben Stucker, founder of Mortgage CS, a mortgage brokerage firm.

One of the most touted solutions to deed fraud that came out of the 2008 financial crisis was a title lock insurance. This solution, often advised for property and home owners as a way of preventing deed fraud and theft, has its problems as well. For one, it is not insurance at all but a service that monitors the property for owners and provides alerts in the event of a suspicious activity, only after it has occurred. And if a fraudulent title change has occurred, the service typically offers no resolution assistance to owners.

“The other option for established homeowners who fear title theft involves finding one of the so-called title lock companies that now offer to pay the legal fees of clients who have been victimized by deed fraud,” says Robert L. Fisher, Jr, an attorney at Cramer & Anderson who focuses primarily on Residential & Commercial Real Estate Law.

Experts say the most important thing a property owner or investor can do is monitor and maintain any property they own, live in or have interest in, especially if it is vacant. They can do this by occasionally checking all information pertaining to the property through the local county’s deeds office. For example, New York City has the Automated City Register Information System (ACRIS), an online tool by the city’s Department of Finance that residents can use to check on records about their property.

Experts offer tips on how to spot deed fraud scams. Watch out for when:

When you are buying your home and it is currently a vacant property:

If you become a victim of deed fraud and your property has been wrongfully transferred to an illegal owner: