General Motors plans to beat out Tesla by 2025 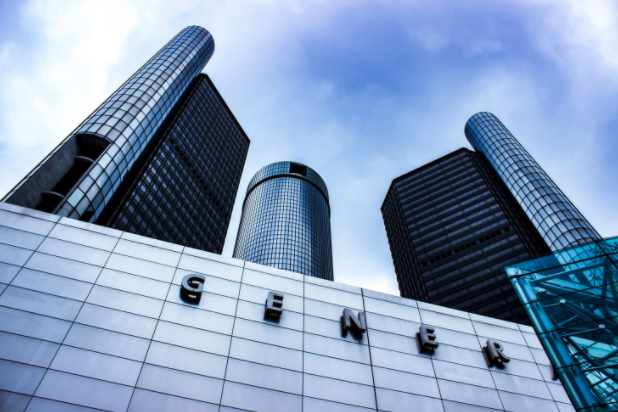 General Motors Co (GM) is stepping on the gas in the electric vehicle race (EVs). The latest earnings show positive growth, only furthering momentum that EVs will lead to an even better fourth quarter.

Now the largest American automaker is striving to catch Tesla in U.S. sales of electric vehicles by 2025.

Tesla has held the top spot in electric vehicles since it launched its first car in 2008. Now, traditional automakers like General Motors and Ford Motors Co are stepping up with new plans for their all-electric vehicles at a much lower price.

While the goal is ambitious, strong vehicle pricing and a lineup of new vehicles hitting the market soon make it seem like an easier goal to meet. David Whiston, equity analyst at Morningstar Research thinks it’s possible due to GM having more capacity than Tesla.

“For GM to catch Tesla by 2025 they need a lot more Chevrolet brand battery electric vehicles (BEVs) so as to have mass-market appeal,” Whiston said. “If they can do that, they can be competitive against Tesla.

The push follows President Joe Biden’s August announcement that he would sign an executive order aimed at increasing the number of zero-emissions vehicles —  all-electric, plug-in hybrid or fuel-cell electric — to account for half of all U.S. sales by 2030.

GM planned to double its annual revenue and expand margins by 12% to 14% by 2030, as a result of GM’s transformation into electric vehicles.

In September, the company announced its Ultium Drive units and motors, a family of five interchangeable drive units and motors that it’s launching to help transition into a fully electric lineup. Its new vehicles that will come out next year include the Chevrolet crossover, priced around $30,000, Buick crossovers, trucks from Chevrolet and GMC and HUMMER EVs.

“When we look at the portfolio we have, not only the Hummer and the Lyriq, but we’re going to have an Equinox-like sized product that’s going to be at around $30,000, we have the Silverado E coming, a GMC product after that, and again, all the other products that we haven’t announced yet,” Marry Barra, GM CEO said during this week’s earnings call.

When it comes to price, Tesla is well known as a luxury brand with its cheapest car, the Model 3, starting at a purchase price of $43,490 — significantly higher than the starting price of a GM Chevrolet crossover.

Mo Saleh, a day trader in Michigan who’s been in the stock market since 2010, liked what people on the earnings call said regarding the EV market, specifically on how they will be the “EV leaders in the U.S.”

“That’s the biggest reason to invest in GM right now,” he said. “GM has the manufacturing capacities that Tesla doesn’t have yet.”

While GM earnings and revenue were better than expected, the stock dipped 4.7% to $54.78 after the third-quarter earnings were released. Adjusted earnings were up $1.52 versus the estimated 96 cents. The drastic drop was something that caught Whinston by surprise, but he isn’t too worried about it.

For now, the third-quarter earnings show promise that EVs will make a strong impact on GM’s earnings and revenue. Once they start selling more vehicles beyond the Bolt, they will contribute meaningful profit, Whiston said.

“I saw nothing to panic about in the results,” Whiston said. “I think GM had a good quarter given the massive headwinds beyond their control in the chip shortage and steel prices.