American Airlines seats filling back up ahead of the holiday season 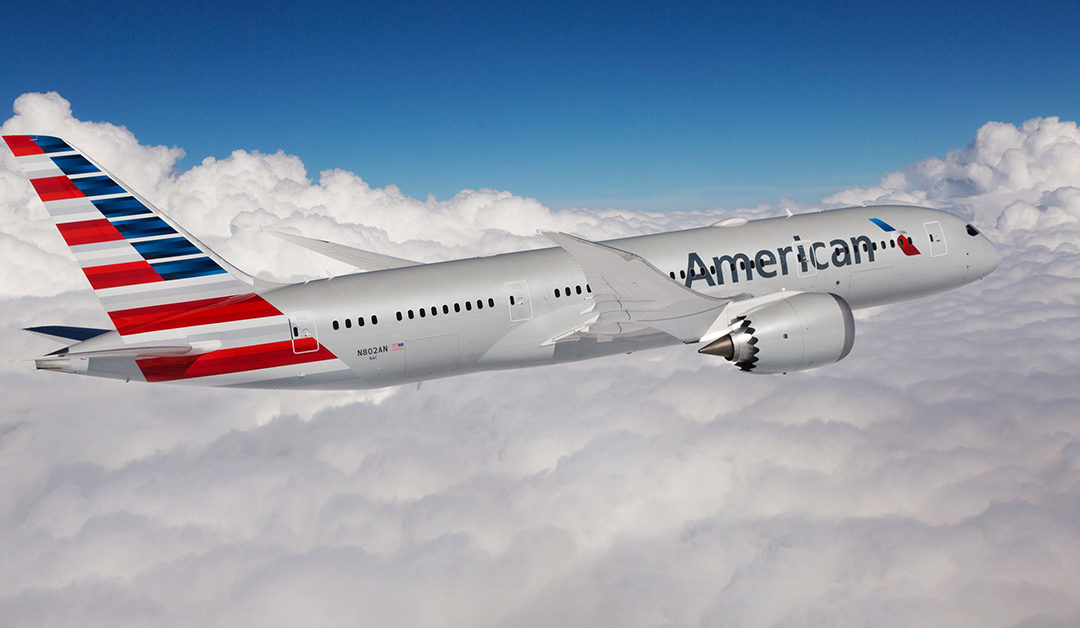 American Airlines Group Inc. is nearing a return to pre-pandemic levels of demand ahead of the important holiday traffic season.

The industry spent all of 2020 dogged by revenue losses from empty seats, now as more travelers get vaccinated American Airlines is looking to find ways to meet the demand they have sorely missed during the pandemic. Company executives recognize that the end of 2021 presents two key opportunities for increased volume, the holiday travel demand, and a return of international travel.

“Clearly, there’s significant pent-up demand for travel to and from the U.S.and many customers are eager to return to travel when it’s permitted,” said Robert Isom, President of American Airlines.

The airline made progress meeting that demand, with more full flights since the onset of the pandemic.

American Airlines carried a load factor – the percentage of seats filled on flights- of 78.7% in the third quarter.  The airline saw a load factor of 85% in the fourth quarter of 2019, the most recent quarter unaffected by the pandemic. At the same point last year the airline was reporting carrying just 58.9% of its possible capacity. Generally, high load factor ratios are good for airlines and at a minimum showcase strong demand for their flights. 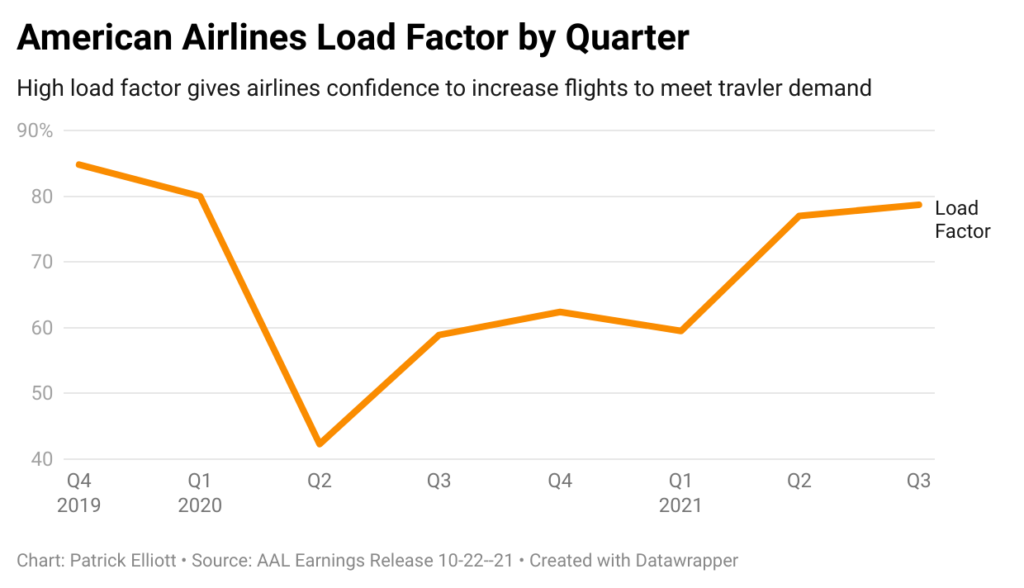 Investors will pay attention to load factor as it serves in the dual function of showcasing the revenue the airline brings in per flight, while also gauging the company’s own traveler demand estimates.

A rise in positive COVID-19 cases due to the delta variant over the summer impacted capacity levels on flights across the industry. In spite of demand fluctuations, American Airlines was able to have its strongest quarter in the metric since before the pandemic.

Fiscally, American Airlines reported its best quarter in net income since the pandemic took hold, reporting $169 million, up from the same period last year when the company reported a net income loss of $2.4 billion.

Last quarter the airline reported a profit of 25 cents per share. Excluding financing from the U.S. Treasury, the airline lost 99 cents a share, as analysts expected a loss of $1.04 a share.

Ahead of the American Airlines earning release the company held a stock price of $19.62, by market close the day following its third-quarter report, the company fell to $19.15, a 4.02% drop. The initial wall street reaction foreshadows what company executives project will be a rough end to the year.

The airline is projecting losses between 11- 13%  in the fourth quarter. The airline was bolstered by $1 billion in federal aid in the third quarter to help with payroll and other workforce-related expenses, but that one-time cash infusion has expired.

American Airlines is one of the three U.S.-based airlines with large portions of their revenue tied to the international travel market, a market that has seen a far slower return in 2021. Restrictions that have been in place since March 2020 are set to end for travelers to over 30 countries in November.

“Certainly, after the regulatory restrictions changed, we saw a big spike in bookings in the two or three days after it,” said Manu Raja, Chief Revenue Officer. “What has been more encouraging to us is that it’s really sustained itself”

Business travel demand has yet to return near pre-pandemic levels as a considerable amount of the domestic workforce remains out of the office.

Company executives claimed increased domestic revenue was spurred in the month of July by a return of business travel, but that demand was wiped away with the rise of the delta variant. It remains unclear if what the company saw in July with business travel will return in 2022.

“Business travel recoveries tend to lag economic recoveries and American Airlines has high business travel exposure,” said Burkett Huey, equity analyst with Morningstar.  “It will be difficult for them to hit those (pre-pandemic) levels until that happens.”

The impact of COVID-19 still lingers, especially internationally where vaccination rates are not as high. “Passenger traffic is likely to be severely depressed until a COVID-19 vaccine is more widely distributed,” said Huey.

The airline industry is pinning its hopes on a rise in travel demand from holiday travel in November and December, but airlines like American Airlines know leisure travel is only one piece of the puzzle. The lack of business travel along with the slower return of international travel has caused airlines like American to build partnerships with domestic-focused airlines who do well with leisure travel.

The company implemented a partnership with Jetblue Airlines Corp. last year in order to give the airline a stronger northeast presence in the Boston and New York City markets. Just last month American partnered with Alaska Air Group Inc. in order to build a better footprint in the Pacific Northwest. These partnerships have helped keep more seats full on flights.

Without consistent international and business travel, the airline was still able to carry 48 million passengers adding up to $8.9 billion in total revenue for the third quarter, up 20% from the second quarter.

With more Americans vaccinated and 2022 set to be the year most Americans return to the office, the hope that will translate to American Airlines’ margins. In the meantime, the airline will look to capitalize on their domestic gains with pent-up demand for the holiday season amid the first opportunity to make gains in international travel.