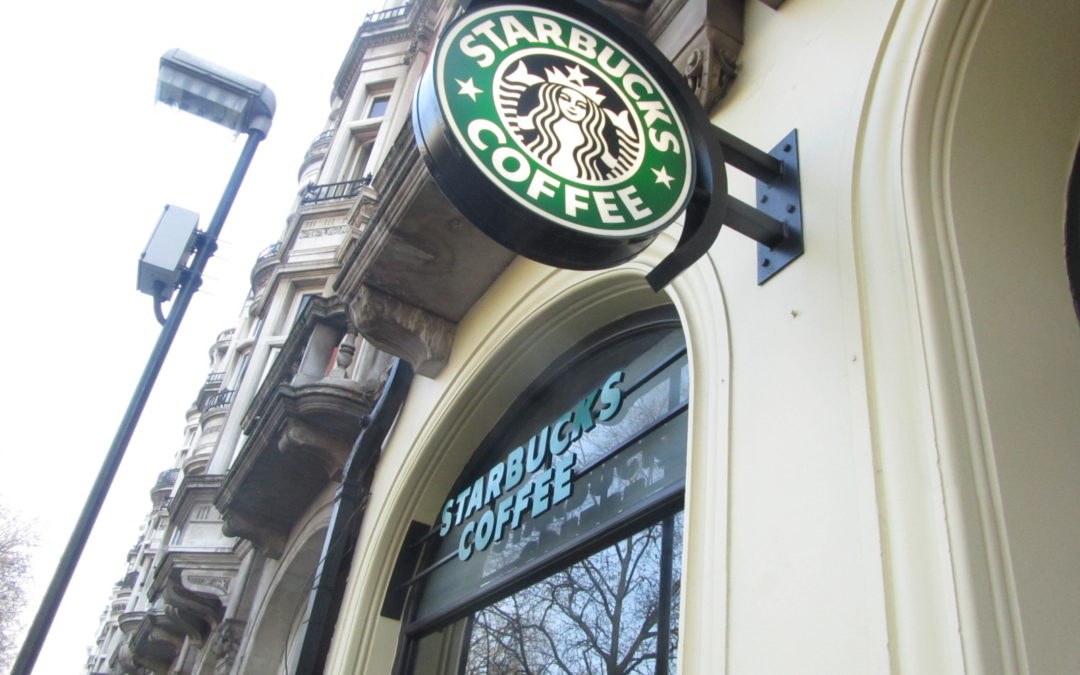 The stock dipped 6% after Starbucks CEO Kevin Johnson said Starbucks’ decision to raise wages twice in 2022 would give the company a bigger market foothold and raise operating incomes. Johnson said new spending on labor will total $1 billion with the latest announcement.

Shares of the coffee giant were down 6% midday Friday, Oct. 29 after an already shaky day of trading on its earnings release day Oct. 28.

The initiative comes as Starbucks faces a small but still growing union push in Buffalo N.Y. As restaurant industry jobs become harder to staff, Starbucks is gambling that moving up its employee-raise schedule will leave the coffee giant better poised to handle various issues like the union drive into 2022.

But analysts and Wall Street aren’t sure now is the right time.

“While no one came out and directly linked the two, a huge investment in partner wages, tuition assistance, healthcare investments, more flexible scheduling and additional training hours likely addresses a handful in the employment value proposition,” said Sean Dunlop, equity analyst at Morningstar. 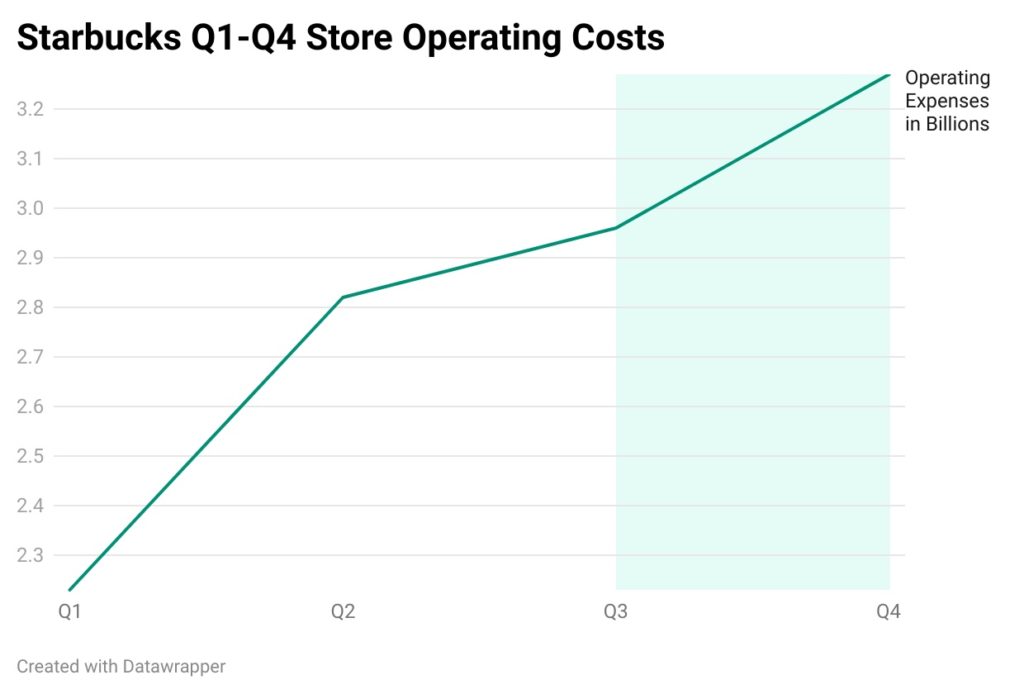 Starbucks Workers United, the group behind the push to unionize in Buffalo, has expanded to include five stores in the western New York market. Starbucks made headlines earlier this month when it shuttered one Buffalo-area store unexpectedly for what it said were training purposes. Starbucks has historically had some of the best pay and benefits amongst its chain counterparts, lifted in part by a robust healthcare and benefits package that extends to even its most junior employees.

Starbucks’ fourth quarter earnings missed the mark on revenue with $8.1 billion, compared with an expected $8.21 billion, but the coffee giant’s adjusted earnings per share of $1 were ahead of estimates. Starbucks cautioned that future eps will likely miss as well as the company increases its spending on wages. Wall Street has shown optimism for its long-term outlook for Starbucks’ earnings to reach $3.73 per share, but Starbucks says it expects that measure to dip 4%.

Gregory Frankfurt, an analyst at Guggenheim Partners, said his firm was reevaluating its target price for Starbucks down to $115 from $126 per share. Frankfurt said in his report that Starbucks’ reasoning to its investors for investing so much in wages is what drove down his firm’s target price, which he says will add significant pressure to margins.

“Our biggest concern right now is that amid loose monetary policy, there is not a clear reason for why the lower income hiring market will get easier,” Frankfurt said in his report.

CEO Kevin Johnson’s argument for higher wages now is that the industry is somewhat cyclical, and hopes that this is a short-term investment for a short-time problem. Starbucks is relying heavily on its mass openings  to carry the company to above 6% store growth into 2022. The company has a target of 2,000 new stores globally, with most of the stores being built outside of the U.S. Starbucks added 538 net new stores in the fourth quarter, the report said.