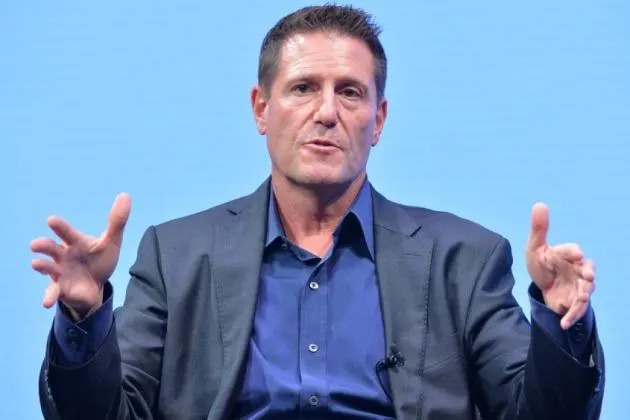 Discovery Inc. has reaffirmed its commitment to its direct-to-consumer business.

The company has brought on former top Walt Disney Co. executive Kevin Mayer to consult on the future of streaming at the company, CEO David Zaslav said during Discovery’s third-quarter earnings call Wednesday.

“Kevin has a big brain. He’s learned a lot about this … [and] had a lot of success at Disney,” Zaslav told analysts during the earnings call. “With all of his knowledge and expertise, having built and driven Disney+ globally, I think will help to finalize and fully inform our strategy.”

Discovery, like other media companies, continues to try to carve out a niche in the already oversaturated global streaming market. The company ended the third-quarter with 20 million direct-to-consumer subscribers, adding 3 million subscribers from the second quarter. Comparatively, streaming juggernauts like Netflix and Disney+ have 214 subscribers worldwide and 118 subscribers respectively, the most recent figures show.

Analysts had expected more momentum from the launch of Discovery+ in January, but there appears to be a general slowdown in new subscriber interest across the streaming landscape, particularly in the United States, according to Neil Macker, senior equity analyst at Morningstar.

The company has been ramping up spending on Discovery+ as it works to court new subscribers. Profits fell to $156 million, down 48% when compared with $300 million in the year prior, which executives attributed to the significantly higher expenses to broadcast the 2020 Summer Olympics and the costs associated with its new direct-to-consumer businesses.

Since Wednesday, Nov. 3's earnings call at 8 a.m., the stock has increased 9.4% to $26.52 by market close on Friday, Nov. 5. Investors were comforted by reassurances the WarnerMedia-Discovery merger was on track to close by mid-2022 and the news Mayer, who helped build Disney+, would be coming aboard as a consultant.

Mayer worked at Disney on and off for nearly three decades and is largely credited with the wildly successful launch of Disney+ and making the streaming service a household name. After leaving Disney in 2020, Mayer served as CEO of TikTok before quickly resigning last year. Since then, Mayer has served as chairman of DAZN Group and eyed entertainment acquisitions with a SPAC.

“Mayer is somebody who's got a lot of experience in the more traditional scripted world, whereas Discovery doesn't have as much in-house experience. It could be very fruitful, but it depends on how they work together,” Macker said.

But despite his pedigree, there may be limitations on the material improvements Mayer can produce for Discovery, in part, due to the improbability that most late entrants in the “streaming wars” – excluding Disney+ – will be successful in an already overcrowded industry.

“There's a lot of competition in the market, and consumers are drowning in choice. Choice is good, but with choice comes confusion and complexity. And these services are all starting to get expensive. Most have already raised pricing at least once, so consumers have the limited amount of money that they can spend on all these services combined,” said Day Rayburn, principal analyst at Frost & Sullivan.

Discovery is already competing against some “heavy hitters” and, in the end, bringing aboard Mayer may not be as beneficial as Zaslav hopes, especially since very few specifics surrounding Mayer’s job as a consultant are known, according to Rayburn.

“All Zaslav said on the earnings call was that they hired [Mayer] as a consultant. They wouldn't expand upon that. So we just don't know how this will shake out, whether it’ll be good or bad, a smart move or a mistake. We have to wait and see,” he said.