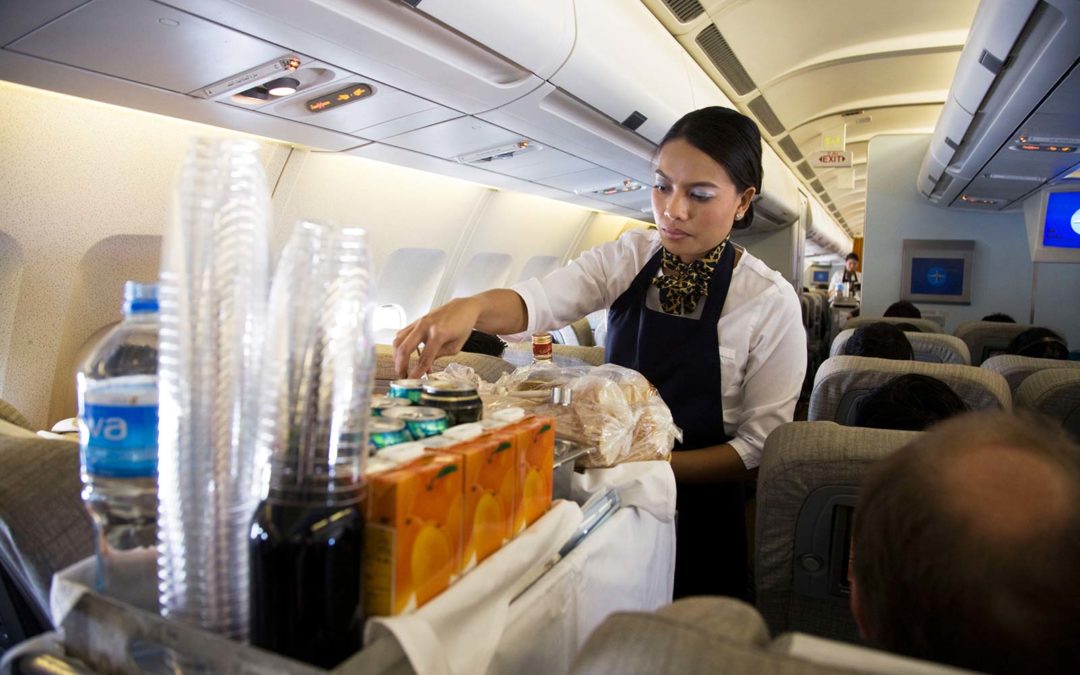 One of the earliest precautions airlines took when COVID-19 struck the United States was cutting off in-flight food and beverage service. While the move cut off a major source of revenue for airlines in the form of in-flight alcohol sales, the idea to limit close interaction among crew and passengers appears to have multiple benefits, both in the short and long term.

Starting with the short term, the shift in policy limited interactions between crew and passengers during a contagious pandemic, making flights safer for all involved. In the long term, the move has helped make flight attendants’ jobs easier, a significant relief in what has been perhaps the most difficult period for flight attendants carrying out their day-to-day responsibilities in the history of air travel.

Just last month, a passenger was banned from American Airlines Group, Inc. for life after assaulting a flight attendant. The incident went viral when images circulated on social media of the male passenger causing the female flight attendant to bleed through her protective face mask.

FAA regulations require all passengers to wear masks for the entire duration of flights, which has caused both in-flight disruptions and fights in airports around the country. These incidents, along with lingering fears over COVID-19, have de-incentivized many from pursuing careers as flight attendants.

Any attempt to bring back booze on flights might complicate matters for airlines, especially ahead of the holiday season. Investors have lingering concerns about American Airlines’ ability to meet demand headed its way over the holidays, and airlines continue to suffer from a worker shortage that has caused serious problems for the industry over the last year. The shortage, self-inflicted when airlines laid-off employees en masse as a result of flight cuts and sharp declines in customer demand in early 2020, has continued as airlines struggle to get workers back. And for flight attendants, the job has never been less attractive.

American Airlines is taking steps to make the job more appealing. The company announced plans to boost flight attendant holiday pay, in an effort to limit cancellations. And post-holiday, American Airlines has identified another way to invest in flight attendants which could help make the 2022 bounce-back year the industry is hoping for: extending current alcohol policies.

American Airlines announced last week that the ban on alcohol sales will remain into 2022. The airline’s decision to extend the policy might be an example to other airlines thinking about asking flight attendants to return to bar service. Given all other issues they are dealing with, a reintroduction of alcohol could be a literal molotov cocktail.

Flight attendants today have been forced into the dual role of service provider and compliance officer because of the mask requirements. This change in position requires a different level of pay. American Airlines may need to make their flight attendant salaries more competitive: the average flight attendant with the company makes $46,625 annually, trailing its competitors United, Delta, and Alaska Airlines.

While continuing the ban on alcohol is a piece of the puzzle, it will probably not be enough to make the job sufficiently attractive for workers to fully return. Any airline worried about a flight attendant shortage needs to offer more than their competitors. But foregoing alcohol revenue to keep the in-flight environment safer is a strong signal of support for flight attendants.

That said, someday alcohol sales will return. Airlines are not going to reject what was once their strongest source of in-flight revenue. When it comes, American Airlines and other carriers should source additional revenue from in-flight alcohol sales to better compensate flight attendants. Since those in-flight domestic beers go for $9, it seems easy to fit some salary bumps within the margins.