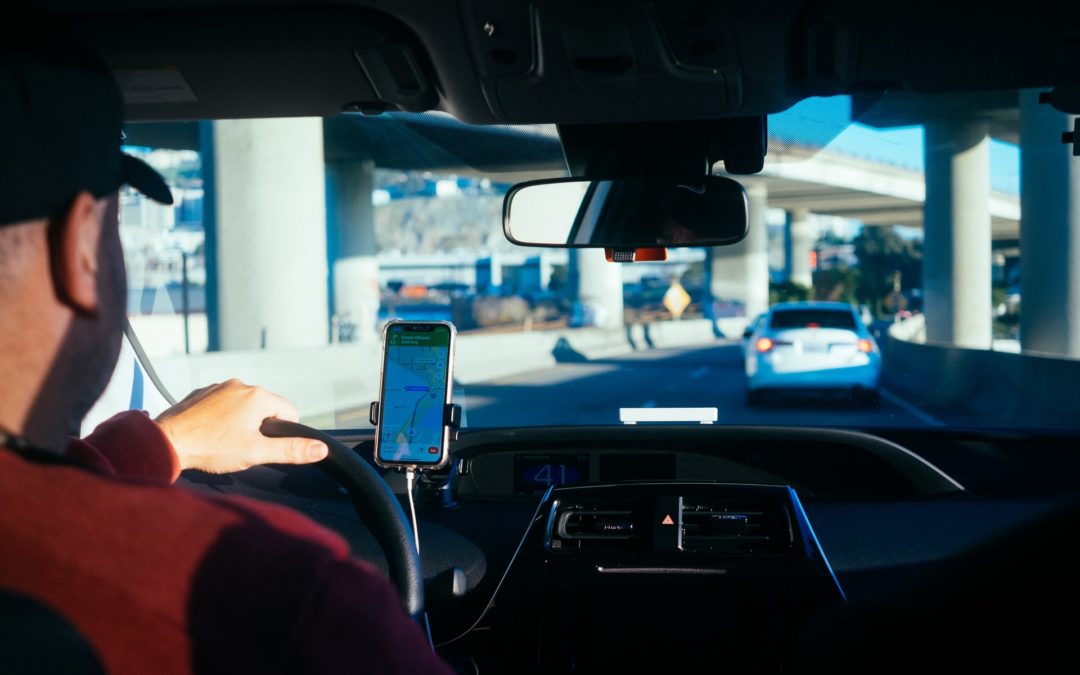 Uber Technologies Inc. launched a new carpooling feature for its rideshare platform as a way to recover from increases in costs of rides. UberX Share allows the option of cheaper rides by sharing a ride with one other person, in addition to the driver.

Rideshare pools were halted in 2020 for both Uber and Lyft Inc. in response to the coronavirus pandemic to curb the spread of infections. Uber’s previous carpool option, UberPool allowed shared rides with up to two other passengers.

“We have been investing for years in a high-capacity product, which is looking more and more attractive as it relates to a unit economic basis, where that can bring the price significantly lower,” CEO Dara Khosrowshahi said at the company’s recent earnings call on Nov. 5.

The new carpool feature is , currently, only available in Miami, Fl. Uber has yet to mention expansion into other cities.

The announcement comes as investors and consumers alike remain worried about soaring increases in the cost of rides. Prices for rides have increased by 20% compared to last year, Khosrowshahi said and he hopes the introduction of the low-tiered and low-price carpooling service will bring prices down.

Uber is also able to reduce operational costs with pool rides as the company generates more revenue by having more rides with fewer drivers to compensate.

“It’s created a perfect situation for Uber and Lyft that the demand has risen a lot,” said Jeffrey Funk, an independent technology consultant who is also a former professor at the National University of Singapore.

“They’re able to charge these higher prices and that’s made them more profitable,” Funk added. “So they might enjoy some better financial situation maybe the next quarter, maybe even some quarters in 2022. It may look good on the surface for the next few quarters but I think it’s very bleak.”

Uber’s gross bookings, the amount of money it takes in before paying drivers, grew by 57% to a record $23 billion in its third quarter from a year ago. For the ride-hailing business, bookings grew to $9.9 billion, up 67% from a year earlier but about 20% less from 2019’s third quarter. 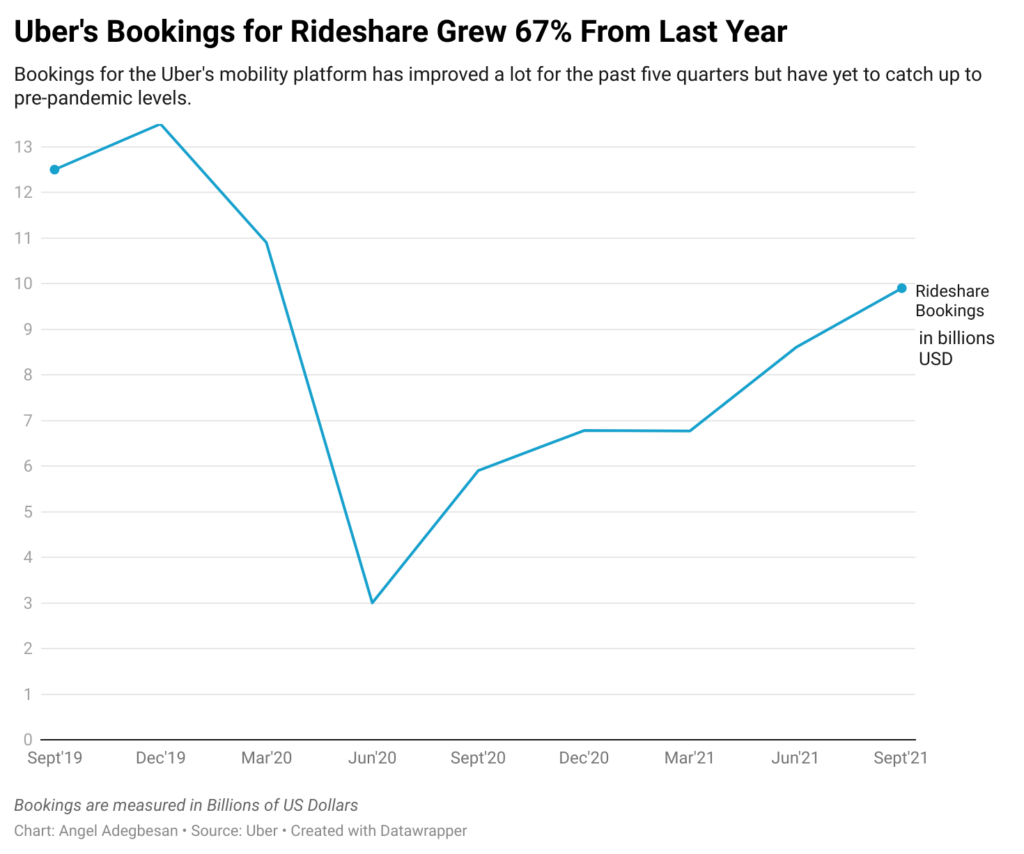 Rohit Kulkarni, managing director and analyst at MKM Partners, wrote in a note that reopening recovery for Uber is trending in the right direction from the year’s second quarter. However, the rate of recovery to pre-pandemic levels, he noted, appears to remain stalled considering trends in airport trips and restaurant reopenings.

Uber spent more than $250 million to attract drivers to the platform for its second quarter, when the company experienced a driver shortage with increased demand. But, Uber says the spending is now behind it. Experts say this could mean that Uber will rely on increases in demand as everything opens back up and a consequential increase in prices to attract riders moving forward.

Even Khosrowshahi said that increases in prices are not going away any time soon.

The company’s stock dipped slightly on Thursday night immediately after the earnings release. However, shares went up more than 5% Friday morning, following an interview with Khosrowshahi on CNBC, where he said “all signals right now are pointing to green” citing an increase in demand for services.