Best Buy wants to reduce their physical footprint to focus on delivery. But will it pay off? 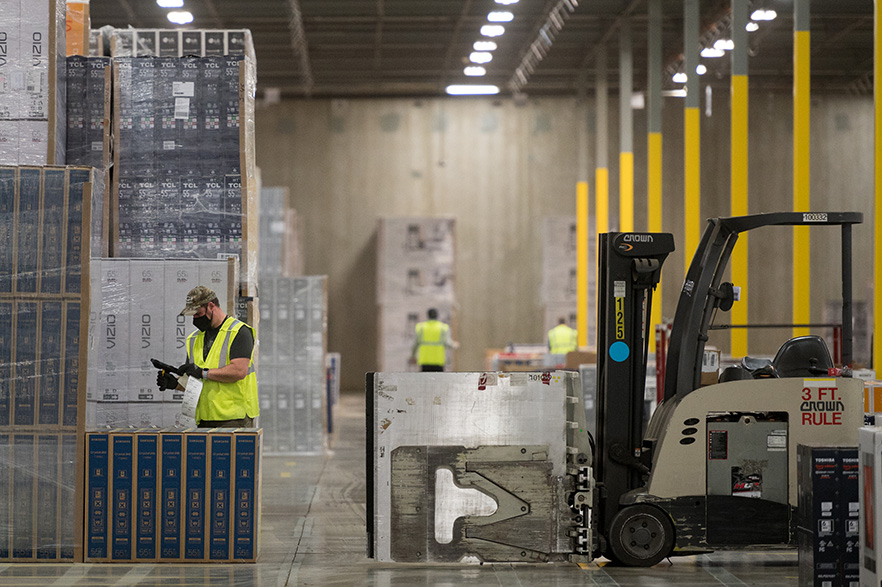 Best Buy Co. Inc,  announced in August that it is scaling down its brick-and-mortar locations, in the hopes it will make its online-retail business more relevant as it competes against e-commerce giants like Amazon.

Following pandemic driven disruptions, the retailer is aiming to keep up with those adjustments by using its physical stores to fulfill online orders.

In an effort to ramp up sales, which increased 42% during the third quarter of the year, the Minnesota-based company is shrinking its in-store footprint to create more space for filling and shipping orders.

Best Buy’s test to transition more of its brick-and-mortar stores into online fulfillment centers may face snags as the holiday season approaches.

Supply chain disruptions and a tight labor market threaten to affect fourth quarter earnings, which are expected to be released by the company on Nov. 23. The retailer could continue to face stiff competition from competitors like Target, Costco and Walmart. Currently, each competitor is performing better in revenue sales than the 55-year-old retailer.

The announcement to scale down its stores, which generally range from 15,000 to 35,000 square feet, was made in August during the company’s earnings call.

Those remodeling efforts are expected to trickle into the coming year and following quarters. The company is expecting to increase their rollout of 5,000 square feet stores more broadly if the pilot stores prove to reflect an increase in sales.

However, customer confidence and scaled back pandemic restrictions could make the company reconsider its efforts to scale down its locations altogether. In part because customers are likely to shop in-person as they become more comfortable returning to their everyday activities.

In-person shopping is expected to be higher than this time a year ago, which could bode well for the company, but may also highlight the challenges the retailer must navigate as it aims to satisfy customers with a reduced workforce following pandemic-driven job losses.

A new brick and mortar business model underscores the company’s efforts to stay competitive. While the choice to scale down may be a new adjustment for customers and employees alike, the company will need to reconsider how it deals with productivity in light of a small labor force.

If current employees are called to do more work for the same pay, the online retailer could face pushback and ultimately stall on their efforts to shift their stores. That however, will depend on the success of the pilot locations in the coming months.