Beyond Meat Reports Dismal Third Quarter Revenue but Partnerships Could Boost the Company in the Long-Term. 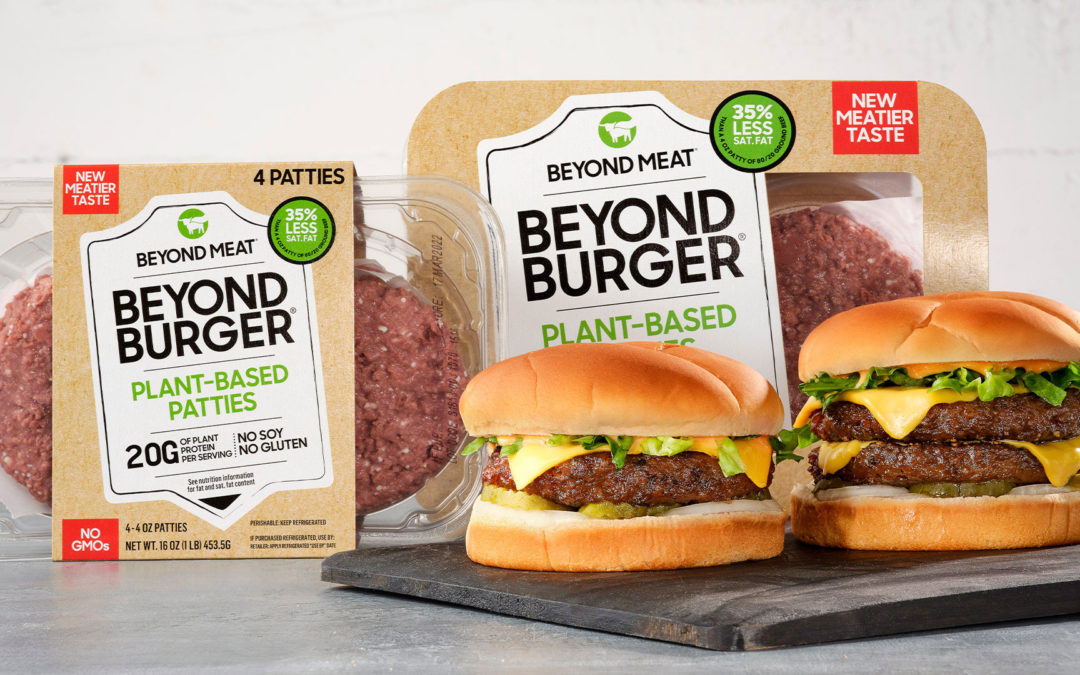 Beyond Meat reported lower-than-expected revenue for its third quarter, as demand for the company’s plant-based products slumped in the U.S. But it’s banking on partnerships with restaurant chains including McDonald’s and Yum! Brands to turn things around.

The company’s reported revenue for the third quarter was $106.4 million which was below its expectations of $109 million. This is still up a modest 13% from last year’s third quarter revenue of $94.4 million.

The company also reported a third quarter loss of $54.8 million, or 87 cents per share, which was much more than the 39 cents per share analysts expected.

Beyond Meat had a poor track record of meeting expected earnings, it hasn’t met expectations in the past five quarters. 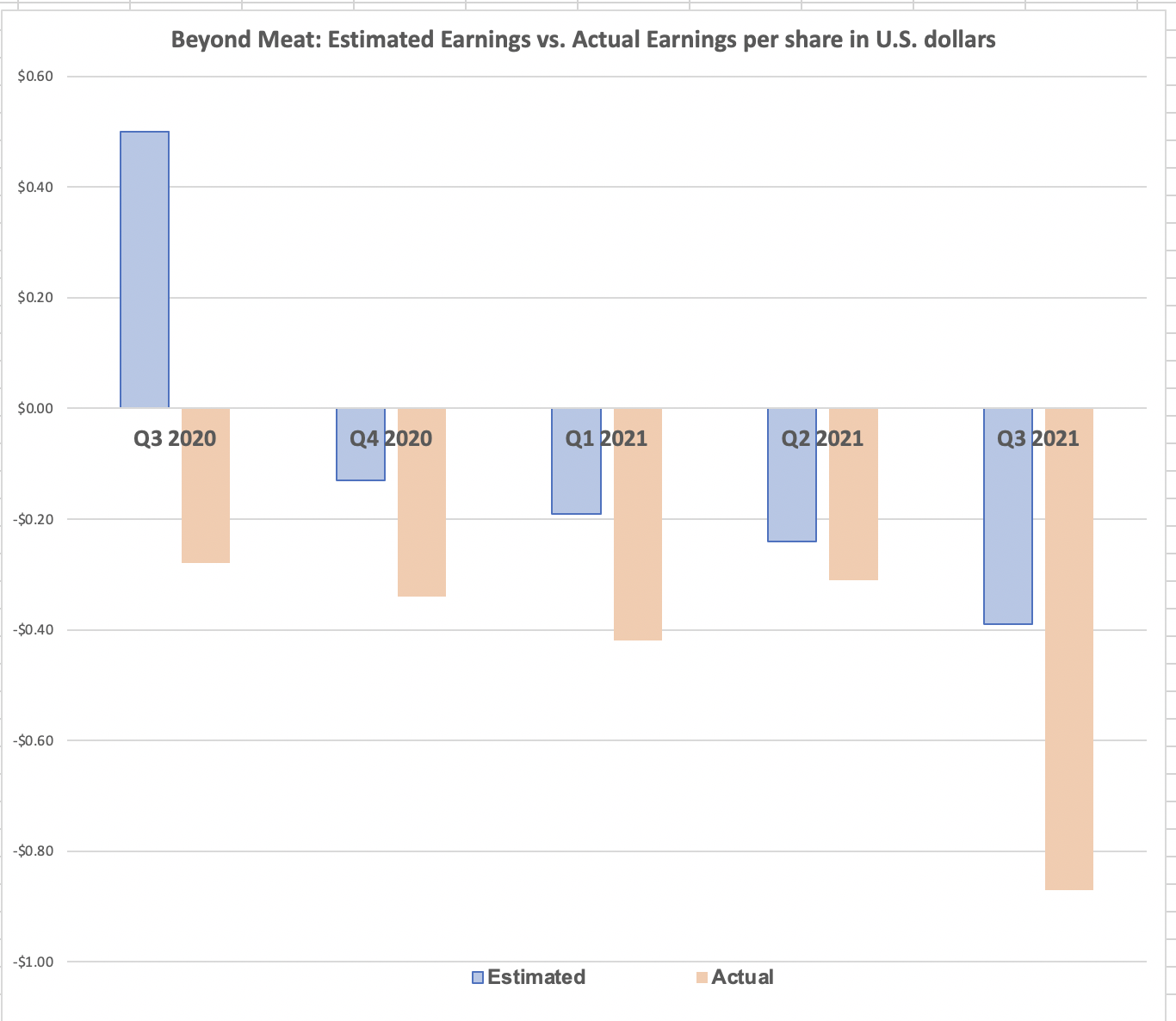 Investors dumped Beyond Meat shares (BYND) the day after the earnings announcement. The stock fell 14% to $81.47 on Friday.

In the company’s conference call, CEO Ethan Brown put a lot of emphasis on the strength of its many partnerships in the QSR industry for Beyond Meat’s long-term health.

“For our business moving from test to fuller launches with our strategic QSR partners is an important contributor to our revenue build,” said Brown.

Brown focused on the company’s partnership with McDonald’s.  In mid-October, McDonald’s began to sell the McPlant burger in a handful of U.S. stores, amid a larger rollout in Europe that included 250 stores in the UK alone.

The company had a lot of excuses for its poor showing, citing challenges from the Delta variant of COVID-19, increased shipping costs and labor shortages, as well as severe water damage at one of its processing plants.

While Beyond Meat tries to justify its losses, industry-wide sales at US food and beverage stores edged up 0.7% in September 2021. By comparison, Beyond Meat sales at U.S. retail stores fell 15.6% in the third quarter, while sales at U.S. restaurants fell 7.3%. The growth in net revenue for the company was primarily due to increased sales to international customers, which increased 143% compared to a year ago.

Some analysts are optimistic about how the McDonald’s partnership will help the brand.

“This sizable campaign will educate consumers on the environmental, health, and anti-cruelty benefits of Beyond’s products, messages we think will resonate with many consumers,“ Rebecca Scheuneman, equity analyst at Morningstar, wrote in her note about the company.

McDonald’s has nearly 40,000 locations worldwide and a solid marketing machine. Some analysts, including Scheuneman, argue it could turn things around for Beyond Meat and help lure new customers to its products. So far most of the reviews of the McPlant have been quite positive.  One popular vegan YouTube personality in the UK, Charlie Vlogs, called the McPlant “incredible.” and rated it a 9 out of 10.

Beyond Meat leadership said in their conference call that they intend to spend more money and focus on marketing in 2022, as well as a rollout of their new and improved signature product the Beyond Meat Burger 4.0.  The hope is that if customers enjoy the company’s products at a restaurant they might be more inclined to purchase them in a supermarket.

Beyond Meat also has partnerships with Yum! Brands, which is planning to bring more of its products to KFC and Pizza Hut stores.

Some analysts think if these partnerships don’t work out the company could be in serious trouble.

“Given the drop in revenues in Q3, a still-pressured Q4, revenue growth uncertainty in the near-term and into 2022 increases,”  Jefferies analyst Rob Dickerson said in an interview with Yahoo finance. “This was the quarter that likely broke the camel’s back.”

Fans of the brand and committed investors remain bullish, such as Jesse Shuja, host of the PlantStock channel on YouTube.

“If you’ve invested in this company, you’re bleeding right now, and I’m bleeding too but you have to believe in the next 5 to 10 years that this is going to be a big sector, and this company is going to be the industry leader, “ said Shuja in a video.