General Motors wants the impossible, to beat out Tesla 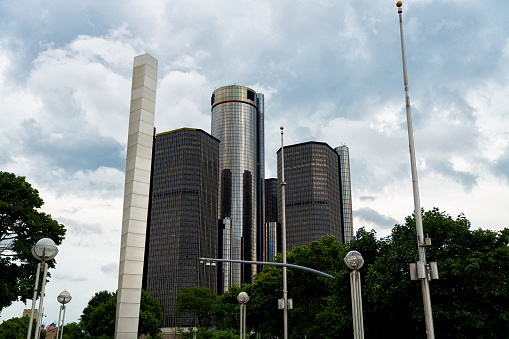 General Motors Co. is working overtime in the electric vehicle industry, saying it’ll beat out the top dog in EV sales, Tesla. The possibility of doing so seems impossible, though.

After CEO and Chair, Mary Barra, told CNBC on Oct. 27, that it’s determined to beat Tesla with its new EVs, GM stock fell 5%, an indication that investors don’t believe in GM’s plan.

This isn’t the first time investors weren’t immediately impressed with GM’s announcements. Back in October, the stock fell again after the company announced its $280 billion goal for profits by the end of the decade. It’s impressive, but still well below Tesla’s profit.

In 2020 alone, GM sold 6.8 million vehicles worldwide, but still experienced a 33% drop year over year in the U.S. In comparison, Tesla only sold around 240,000 vehicles, but was up 73% year over year, which shows that while GM may have more manufacturing power, it is still behind Tesla.

The Detroit-based company will need to make a lot more Chevrolet battery electric vehicles to mass market appeal, which will make it a massive competitor against Tesla, according to analysts’ predictions. Granted, it is not clear how profitable the new GM EV models will be right out of the gate, especially since knowing Tesla did not see a profit in its vehicles until eight years after launching.

Tesla is already ahead of GM and is accelerating. While GM will have more vehicles available by 2025 than Tesla, it’ll be challenging to beat them in volume. And even with more models, if they aren’t comparable to the features that Tesla offers, along with safety and technology, it’s hard to assume people will pay for less.

While the GM’s earnings before interest and taxes were actually higher than expected, – $2.9 billion for the quarter – it only has four years to beat Tesla, something that’s harder to do than the company may think. GM is doing well to spark interest in investors and buyers with its ongoing EV plans, but it may have to sacrifice profits in order to get ahead.

CEO and chair Mary Barra announced that the company is releasing an influx of new vehicles, including soon-to-be-released GMC Hummer pick up, Cadillac Lyriq and the new Chevrolet crossover. The crossover will be priced around $30,000, whereas the cheapest Tesla model runs at $43,490. Overall, the company will release at least 30 EV models by 2025.