Best Buy beats Wall Street expectations in latest earnings report, but performance will depend on its recent acquisitions and member based program 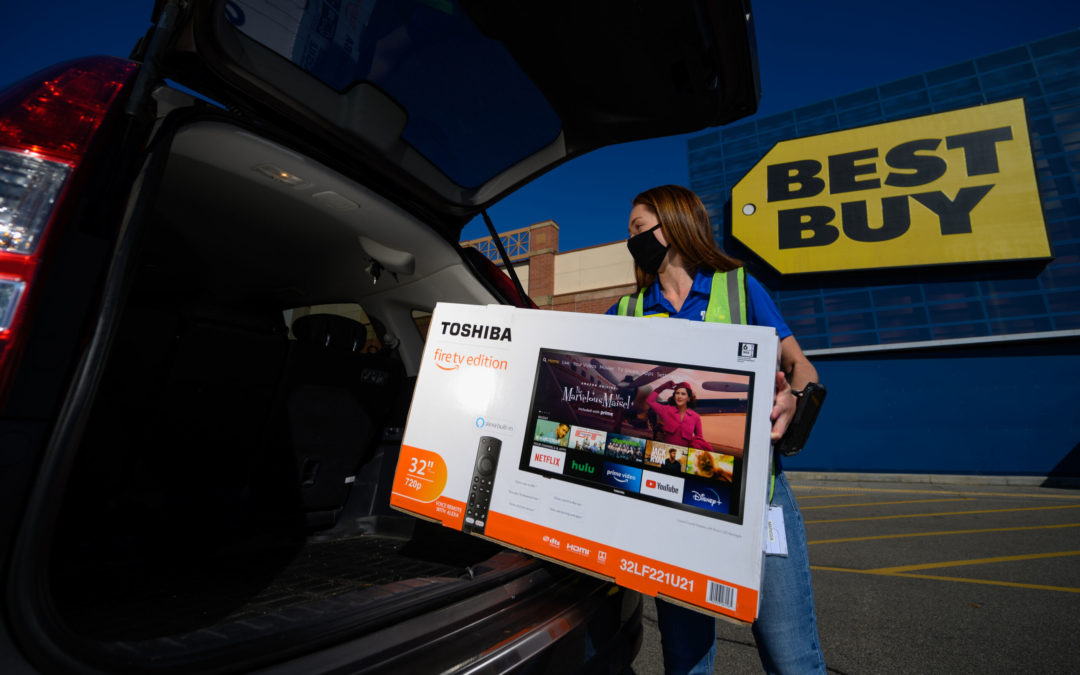 The retailer brought in $11.9 billion in revenue during the third quarter, the company reported on Nov. 23. It beat Wall Street’s revenue estimates of $11.6 billion and brought in slightly surpassed its revenue from the same period last year.

With in-store closures and pandemic driven hesitancy, the Minnesota-based company honed in on its digital assets. This year, the main driver of sales were the web, which made up 31% of revenue, boosting the company’s growth by $2 billion. At this time a year ago, online sales made up only 16% of revenue.

As customers continue to look towards finding a balance between living and working from home, the retailer’s largest sales contributors were appliances, home-theater equipment and mobile phones.

But despite defying Wall Street expectations, its stock took a nosedive, falling nearly 16% after it reported earnings. In part due to supply chain disruptions, which could affect its same-store sales into the holiday season and investor sentiment.

During an earnings call, CEO Corie Barry noted that retail theft at brick-and-mortars is happening on occasion, but does not believe isolated events will have a lasting effect on profitability and revenue.

In an effort to curb the incremental loss in inventory, the company is adding additional security to a number of stores, including stowing away items, like Apple earphones.

When Destiny Carattini, 23, was working at a Best Buy in Hartsdale, New York, during October and November of this year, she says she saw an increase in theft.

“They’d tell us to zone the store and stay attentive when it comes to customer activity,” Carattini said. “We’d relocate the highest stolen items, like wired Apple headphones and Amazon fire sticks, and we locked up everything Apple except for phone chargers and cases.”

Currently, Best Buy is the nation’s largest physical destination for Apple authorized repair services, which may bode well, as the company noted that 20% of customers purchase products on the day their phone or computer is under repair. Sean Dunlop, equity analyst at Morningstar Research, thinks it could be a vehicle for incremental sales over time.

“While Apple enthusiasts are fiercely brand-loyal, a third of those service customers are new to Best Buy or lapsed, suggesting an opportunity to generate in-store volume on the margins,” Dunlop said.

In October, Best Buy launched Samsung authorized phone repair services nationally, as well. The 55-year-old retailer, however, has its sight set on more than just electronics.

Now, with the cash acquisition of Current Health for $400 million, a remote patient monitoring platform, and Yardbird for $85 million, an outdoor furniture company, it plans to move further into the health arena and even wants to play a role in how customers unwind, all while aiming to reduce its carbon footprint by 2040.

For now, the company’s third quarter earnings underscore an ambitious retailer ramping its technological and physical efforts. The marker of the retailer's attractiveness, however, will depend on the success of Total Tech, which launched in October of this year, following years of iterations of the member-based program.

“As the company rationally embraces a service-intensive vision of the future, we expect the program to represent the key impetus for increasing spending per active customers and the clearest vector for defending or expanding wallet share over time in a category that sees more than half of its sales fulfilled through online channels,” Dunlop said.