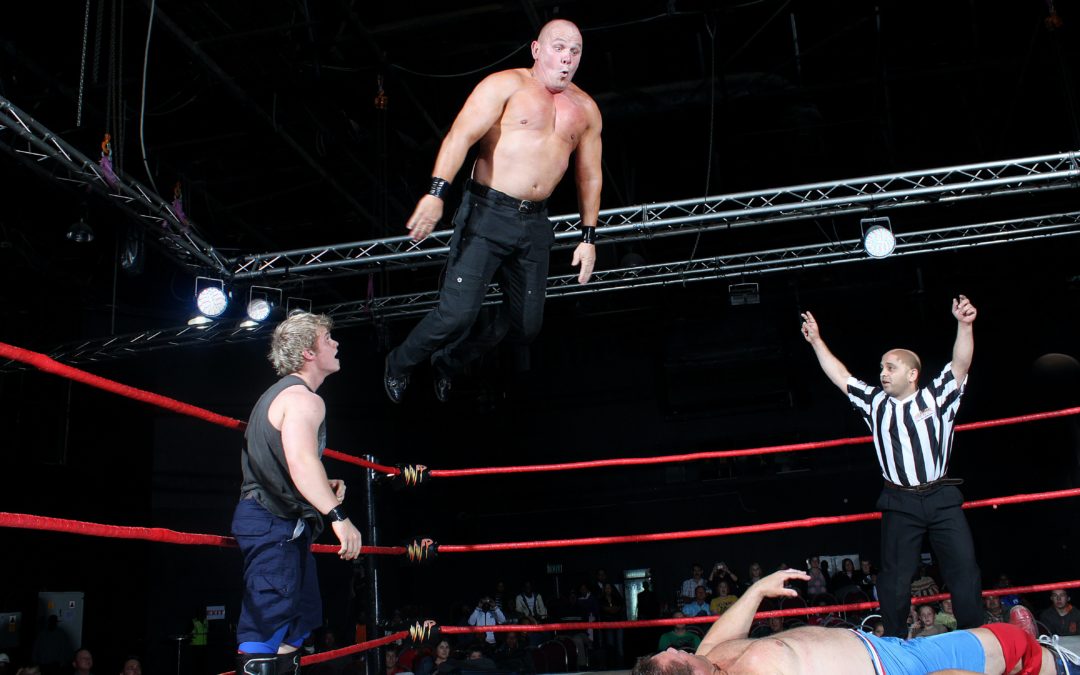 Live entertainment is back across the country, and people are reopening their wallets when WWE (NYSE: WWE) comes to town.

The professional wrestling conglomerate expects strong demand for its live events and from merchandise sales at the venues where its events are held, and that was reflected in the most recent earnings report.

While WWE held live shows last year, it did so on a closed set, without fans in the arenas, which hurt revenue as ticket sales were not a factor in 2020 numbers.

As the WWE fans are looking to spend their money at live events, total revenue from those events was reported was $28 million for the quarter, which was an increase from $700,000 from the previous period last year.

“Our solid financial results are pretty strong as a result of global demand for all things WWE including a return to live event touring, which is unlike any other media company,” McMahon said on the 2021 third quarter earnings call.

Mike Hickey, research analyst for Benchmark Co. LLC, also said the return to live touring has made a difference for WWE’s bottom line.

“It’s such an unbelievable story with COVID and its impact on live events.  I think what they’ve gone through really elevates how important that live crowd is on a weekly basis,” Hickey says. “Live events are not the primary revenue driver of their business, but I think it’s the backbone of the fan experience and everything spawns from that, so it is still critically important.”

Hickey forecasts WWE will make $13 million in revenue for live events in the fourth quarter this year, but believes WWE will surpass those numbers.

“We’ll probably be too conservative there,” Hickey says. 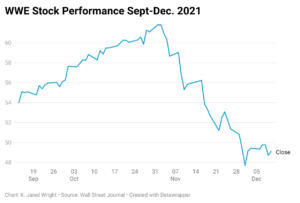 WWE raised its adjusted profit targets for the fourth quarter.  It now expects to post operating income before depreciation and amortization, to hit between $305 million and $315 million, up from its prior guidance of $270 million to $305 million.

McMahon says expectations through the year would have been higher if the company had held a previously scheduled event in Saudi Arabia, which was cancelled due to the COVID-19 pandemic.

In spite of the successful numbers, WWE stock has taken a freefall since the earnings call.

Hickey does not expect that trend to last, as this is typically a slow season for the company.  Revenues will increase with two of their major live events, Royal Rumble and WrestleMania in the beginning of 2022.

“WWE is getting really strong demand from their fan base, which is great to see,” Hickey said. ”WrestleMania at AT&T Stadium in Texas is going to be huge in April.”