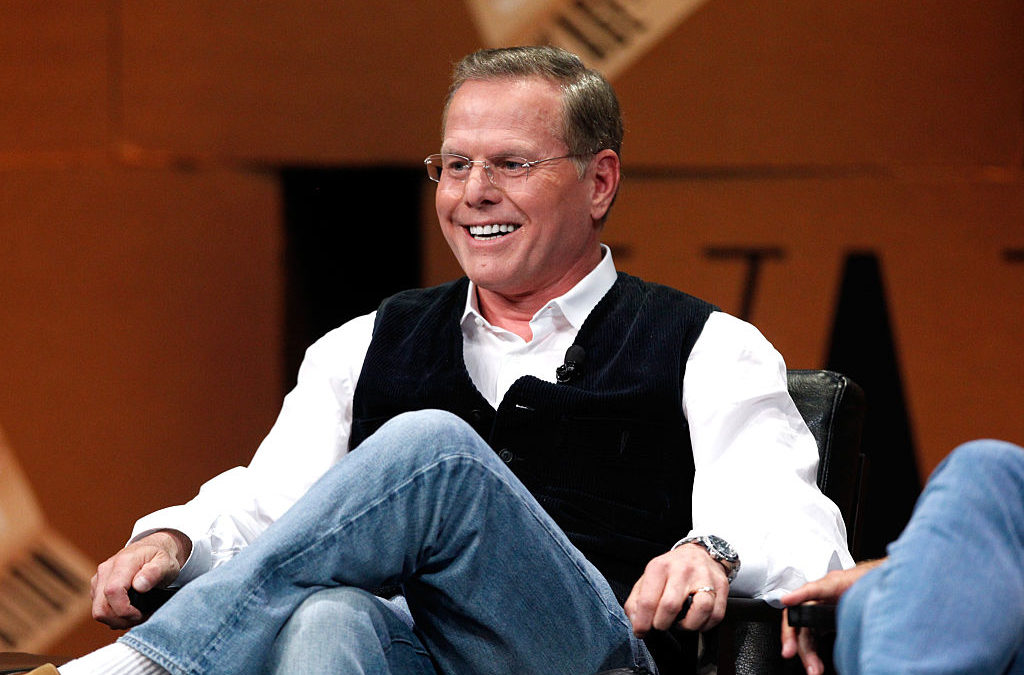 David Zaslav has never been one to play it safe.

Zaslav, 61, started his career as a corporate lawyer in the mid-1980s before joining the then-General Electric Co.-owned NBC Universal Inc. in 1989. During his tenure, he handled content distribution to all forms of TV, negotiated for cable and satellite carriage of NBC Universal networks and formed media alliances.

He placed a major focus on strengthening Discovery’s networks and programming and expanding the company’s reach into digital media and streaming services. In 2018, in Zaslav’s last major move before the WarnerMedia deal, Discovery completed its $14.6 billion acquisition of Scripps Networks Interactive.

Now, Zaslav’s preparing for his largest and riskiest undertaking yet, as his company prepares for a $43 billion merger with AT&T Inc.’s WarnerMedia.

If successful, Discovery’s clout in the nonfiction market, coupled with WarnerMedia’s blockbuster empire, will make it “the best media company in the world,” according to Zaslav. If not, it would be yet another botched attempt by outsiders from the corporate world to reshape the entertainment industry.

For the past decade, Zaslav has used M&A and deft management to position Discovery as an entertainment juggernaut. The WarnerMedia deal, granted unconditional antitrust clearance from the European Commission on Dec. 22 and slated to close in mid-2022, could finally give him the size and scale to compete as the industry evolves, experts say. The new media entity would also cement the former corporate lawyer among the nation’s media magnates like Bob Iger, Rupert Murdoch and Richard Plepler.

“He had a view that the survivors in the industry are going to need to have more scale and more resources and more access to content that extends just beyond your standard reality,” said John Janedis, managing director of Wolfe Research.

Zaslav received total compensation of $37.7 million in 2020, making him one of the highest-paid CEOs, even though his total payment decreased 21.5% from the year prior, according to the proxy statement.

This year, analysts estimate Discovery will pull $12.13 billion in revenue, a 15% increase from 2020, helped along by the company’s 20 million paying streaming subscribers worldwide.

And despite higher expenses for its new streaming businesses, analysts predict the company is still on an upward trajectory, expecting $467.2 million in earnings in 2021 and $539.7 million in 2022.

While investors are optimistic about the impending merger, since Discovery and AT&T announced the deal Monday, May 17, Discovery’s share price is down 31.5% to $24.42, as of Thursday, Dec. 23. AT&T stock prices have also fallen 23.1% to $24.78 over the same period of time. However, some analysts say a decline is to be expected, as investors will wait until a deal closes before putting new capital into the combined company.

In its S-4 filing, Discovery revealed new details about its merger with WarnerMedia, including a period in late April when deal discussions were on the verge of falling apart.

Zaslav, though, fought to keep the deal from falling apart, as he and Discovery CFO Gunnar Wiedenfels presented the board with several estimates of the merged company's future possibilities. The board eventually gave permission to continue discussions, and after Zaslav made Stankey a new offer, AT&T resumed negotiations.

“This deal is in a class by itself because of the breadth and scope of the resources behind it. He doesn't have the luxury to think small or be conservative in his approach,” said Jaci Clement, CEO and executive director of the Fair Media Council of the Discovery-WarnerMedia merger.

Similar to its competitors, Discovery has amassed assets to increase its content offering – though its size and scale still pale in comparison to rival behemoths The Walt Disney Co. and Netflix.

“We think that we can be one of the three. We think we can be competitive and differentiated at that level,” Zaslav said in late May at an industry conference.

Discovery did not return a request for additional comment.

“The truth is, no one has the experience to run something like this. What the situation demands is a visionary leader with charismatic charm to lead his workforce through change. That's a rare combination, and what he's attempting is incredibly hard to do,” said Clement.

“I don't think we can underestimate what's on the line here,” said Janedis. “In some ways, Zaslav's legacy is on the line, but it'll be years before we know how successful or not that the transaction is ultimately going to be.”

Lanard Ingram, a 35-year-old public relations specialist from Ann Arbor, Michigan, loves watching the Discovery-owned channel HGTV with his wife, especially the home makeover programs as the marrieds prepare to decorate their new home in the upcoming year.

Discovery’s merger with WarnerMedia means more content, which is something Ingram can get behind.

“I think it’s great for the viewers because obviously, Warner Bros. have a great collection of movies, sitcoms, or cartoons. If they do merge, I can see myself getting lost in that content,” he said.