A roadmap to going electric for the cost-conscious shopper 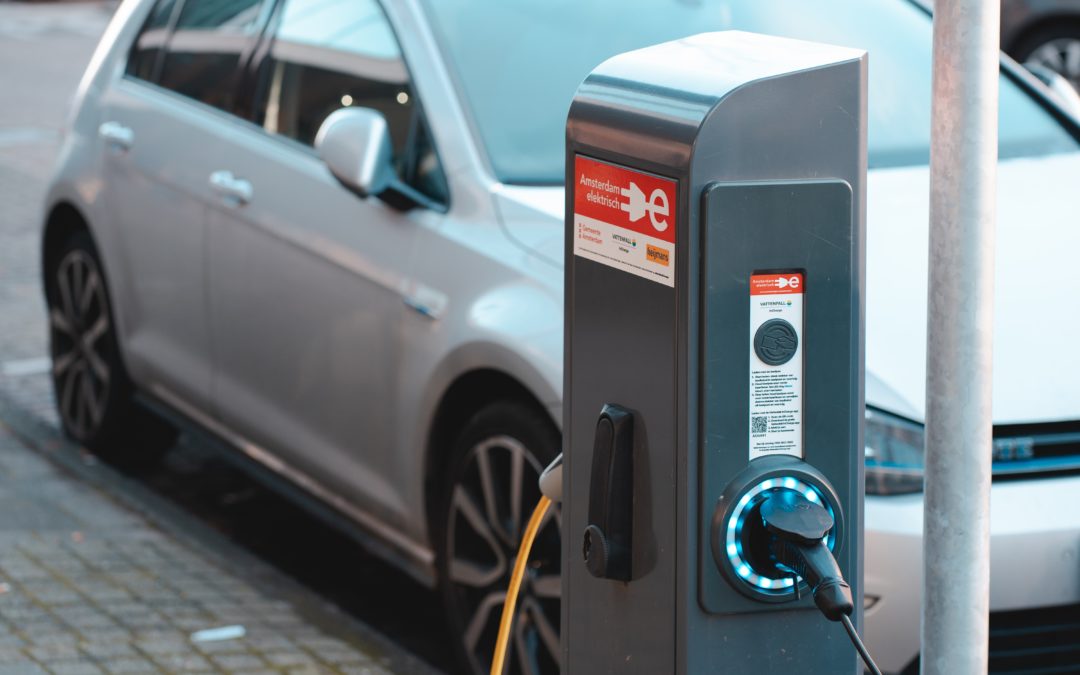 ​​The same month President Biden announced his target to have half of new car sales be electric by 2030, 27-year-old Elizabeth Berg shopped around for an electric vehicle of her own. A substitute teacher in Arlington, Virginia, she knew a new model was out of her budget, so she searched for a used one.

But ultimately, she couldn’t stretch her wallet far enough, so she bought a used Toyota Prius — a hybrid car — for around $12,000 instead.

“I’d eventually like a fully electric car,” said Berg, “but there just weren’t a lot of options to pick from at my price point.” She also found it difficult to gauge the health of a used car’s battery.

Berg is one of many Americans struggling to go electric to help address the government’s climate change goals. Electric cars cost much more than gas-guzzling ones, which can make it challenging for people to purchase plug-in or hybrid vehicles. As the automotive industry undergoes seismic changes, shoppers will have to adjust their expectations accordingly.

There’s data to back up the concern of many car-shopping Americans. The electric car company Tesla pioneered the transition to plug-in cars on an industry-wide scale, but their Model S starts at roughly $95,000, and the company’s most affordable model, the Model 3, retails for $35,000. On the lower end, a Nissan Leaf starts at just under $30,000. According to Kelley Blue Book, the average cost of an electric vehicle in April 2021 was $51,532 — $11,000 more than a full-size gasoline car.

Experts project the price of an all-electric vehicle will fall far enough to equal the cost of an equivalent gasoline vehicle. Morningstar analyst Seth Goldstein says battery technology is improving fast, prices are falling and the cost savings will be passed on to consumers.

“As battery costs and electric vehicle manufacturing costs continue to fall, I expect automakers will generally pass along the cost savings in the form of lower prices,” he said.

But while the price of battery technology has dropped, that finding doesn’t tell the whole story. According to Ashley Nunes, director for competition policy at the R Street Institute, a nonpartisan think tank, the average price of EVs has gone up over time because the electric car market favors luxury vehicles that appeal to upper middle class and wealthier Americans.

What’s more, car insurance is often higher for EVs. On average, car insurance for an electric vehicle is 23% more expensive than the cost for the equivalent gasoline-powered model. Additionally, fancier cars generally cost more to insure. For example, Car and Driver estimates that insurance for a Tesla can often run more than $4,000 per year.

A federal tax credit can knock as much as $7,500 off the sticker price of an electric car, though keep in mind the value of the credit varies by brand and model, which can be confusing. For example, the credit no longer applies to Tesla and General Motors models.

Additionally, many Americans do not owe enough in income taxes to take advantage of the credit. Nunes says consumers must make at least $65,000 annually to qualify for the credit. Meanwhile, others cannot afford to pay thousands of dollars upfront to receive a tax refund the next year.

“You’re pricing out a whole bunch of Americans who don’t have that kind of money to spend,” he said.

Ian Harris, a 44-year-old product manager in Dallas, Texas, knows very well how tricky the tax credit can be. After saving up money, he ordered a Tesla Model 3 through the automaker’s website, not realizing the $7,500 wouldn’t be applied at the time of transaction but would be given as a tax refund instead. “It’s not designed with regular people in mind,” he said.

Harris isn’t alone. A study from the University of California, Davis found 13% of electric car owners overestimated how much money the credit would save them on their purchase.

Gil Tal, director of the plug-in hybrid and electric vehicle research center at the University of California, Davis said the credit is hurting rather than helping middle- and low-income Americans. “The tax credit is doing the opposite of what it was intended to do,” he said.

Here’s a few things to be aware of before you hop on the EV bandwagon, according to experts.

EVs generally have higher upfront costs than traditional cars including the cost of a home charger and commercial charging. But consumers also save in the long run on charging costs compared to gasoline prices.

The only way to know for sure how much money you’ll need to spend at the outset is to calculate it all out.

To find out how much money you’ll spend in the long run, you can use an online tool like the calculator at Edmunds.com, which allows you to estimate how much you’ll spend on insurance, charging, maintenance, loan interest and more based on the make and model you’re thinking of buying.

Leasing an EV is the way to go if you don’t have extra cash or credit upfront. The underwriter receives the tax credit, which in turn lowers both the total lease commitment and monthly payment.

In addition to the federal $7,500 tax credit, individual states offer rebates on electric vehicles, though they vary. Check out the infographic below to see if your state provides any EV incentives that will help lower the sticker price on your new electric car. 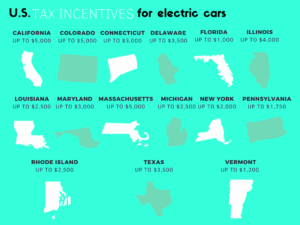 If all else fails, and you still have your heart set on going electric, wait out the market until price parity catches up and automakers build out their EV product lines more. Nunes points out that the first generation of cell phones, released in 1983, cost $3,995, and when adjusted for inflation, this figure represents a far heftier price tag than what consumers pay today — and for far more powerful devices. “It’s just a matter of time,” he said.