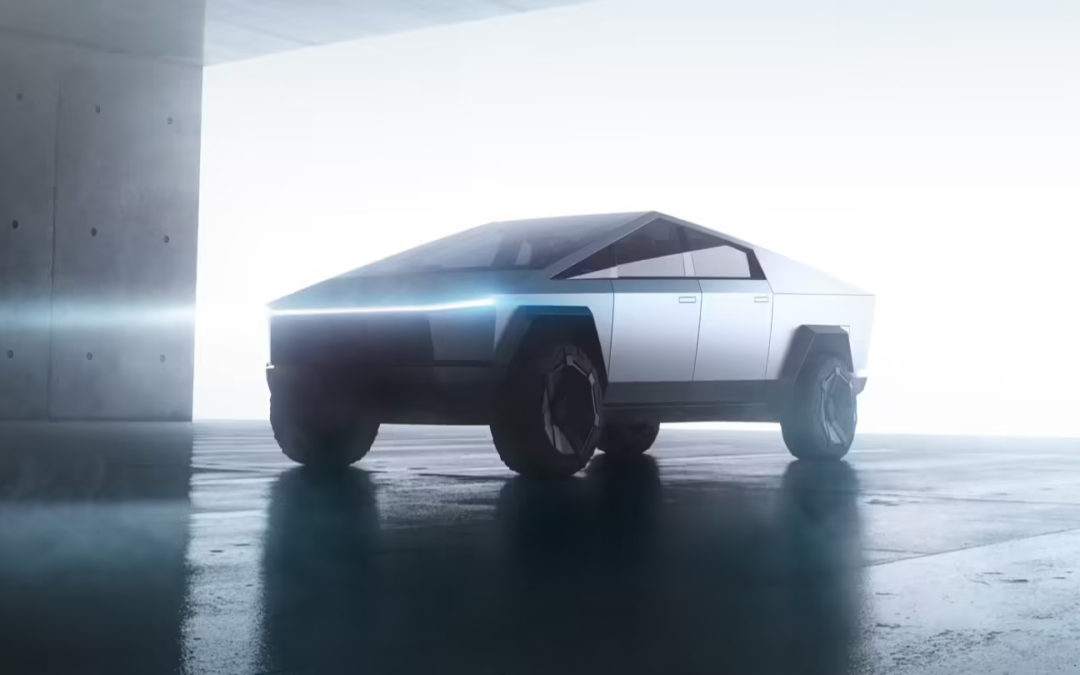 On a stage decked out with lasers, smoke machines, and techno music, Tesla debuted in 2019 a prototype of its much-anticipated Cybertruck. But a demonstration of the futuristic-looking electric truck’s “armor glass” went awry when two windows cracked after a steel ball was thrown at them.

Two years later Tesla still hasn’t built a single production model or shown the final production design. The Blade Runner-esque vehicle was supposed to go on sale in late 2021 but has since been postponed until 2022 at the earliest, and a full-scale ramp up won’t begin until 2023.

There are a lot of eyes on the Cybertruck production timeline. That’s not only because of the popularity of pickup trucks and the potential for electric versions to bolster the U.S.’s infant EV market — U.S. sales make up only 2% of the global EV market. The risk for Tesla is that its position as the top EV dog could falter if it fails to do for electric trucks what it did for electric cars.

Tesla paved the way for industry-wide adoption of electric vehicles. This time around, it’s in a race against carmakers like Ford and General Motors which not only have more experience with pickups but stronger production track records. The Cybertruck underscores the now-or-never moment facing Musk’s company as it competes for dominance over pickups, the backbone of America’s auto industry. As traditional carmakers increasingly turn their attention to the EV pickup market, Tesla may find itself back to being a niche EV brand rather than an industry powerhouse.

“Timing is of the essence to make sure Tesla doesn’t miss its window of opportunity,” said Daniel Ives, managing director at Wedbush Securities.

Tesla’s all-electric pickup truck has been a long time coming. Musk tweeted in 2012 that he would “love to make a Tesla supertruck with crazy torque, dynamic air suspension and corners like it’s on rails.” At a live event in 2013, he said he was “quite keen” on making an electric pickup truck. The pickup was also included in his 2016 “master plan” for Tesla.

It will go head-to-head with General Motors’ all-new Hummer, which started deliveries this month, as well as Ford’s ever-popular F-150 Lightning, production for which is slated to begin in spring 2022. EV startup Rivian — which is now backed by both Ford and Amazon — has already entered production for its electric pickup. And the Chevy Silverado electric pickup will go on sale in 2023.

“Competition is coming from all angles,” said Ives.

It’s no wonder automakers are racing to corner the market. Pickup trucks are more popular than ever. In the U.S., their sales surpassed passenger cars for the first time in 2020. Pickup trucks are also ripe targets for electrification since they boast higher profit margins than sedans.

Ives estimates electric trucks will grow to encompass 16% of the overall EV market by 2026. Currently, trucks make up 20% of the new car market.

Morningstar analyst Seth Goldstein predicts that Tesla’s toughest competitor will be the electric version of Ford’s F-150, which has booked over 160,000 pre-orders, 11% of which come from Tesla owners.

“It’s the number one selling truck in the country,” Goldstein said. “And it’s a strong brand that really resonates well with consumers.”

On the bright side, Tesla’s business is in better shape than it was two years ago when the Cybertruck prototype debuted to the public. Tesla didn’t turn an annual profit that year — in fact, it lost $862 million in 2019.

Since then, Tesla has proven to be consistently profitable. Analysts expect more than 40% spike in profit next year, to $8.1 billion from an estimated $5.8 billion for 2021. Revenue is expected to hit $51.7 billion this year. And since the automaker its expanding production at its new factory locations in Austin and Berlin, revenue is projected to swell to $73.2 billion in 2022.

Investors have shrugged off the worries of analysts. They have sent Tesla’s stock soaring 53% in 2021 so far. In November, Tesla hit an all-time record close of $1,229.91.

Tesla’s surging stock price has left it flush with net cash of around $8 billion after several major equity issuances, a level of liquidity and so-called “self-funding” that gives Tesla a unique advantage over competitors.

All told, this means Tesla can likely afford to absorb some losses if the Cybertruck turns out to be a disappointment. In a tweet this summer, Musk said that there’s “always some chance” the polarizing electric truck, whose sci-fi appearance divided the public when it debuted, will "flop."

In addition to the ongoing supply-chain crisis, persuading truck diehards to bet on Tesla’s unconventional pickup offering may be the biggest challenge facing the Cybertruck.

Truck buyers are known for their brand loyalty. Ford trucks see a rate of return purchases of about 70% compared to 51% for Ford sedans, for instance.

The Cybertruck’s pricing also could be an issue. On the one hand, the average truck in the U.S. retails for about $50,000 — a 41% spike compared to a decade ago, auto writer Jim Gorzelany writes in Forbes. Consumers have also come to expect luxury features in their trucks, which means many buyers are more interested in appearances rather than utility.

But Tesla’s “bulletproof,” tank-like product may end up costing more than traditional truck buyers are willing to pony up. When the Cybertruck was unveiled, Musk estimated the single-motor model would sell at just $39,000.

However, Tesla rarely sticks with its initial lowball estimates. Tesla’s Model 3 was first priced at $25,000 but the company now charges about $10,000 more for its least-expensive version.

Tesla has been somewhat cautious about the prospects of the truck, indicating that its long-term sales could be below the Model S and Model X, which sell about 100,000 units annually.

Tesla fans point out that over 1 million people have placed preorders for the Cybertruck. However, the $100 deposit is fully refundable, meaning some likely won’t pony up an extra $40,0000 to $70,000 to complete their purchase.

Morales thought he might sell off shares of Tesla stock he bought in 2019 to pay for the new pickup. But after GM announced earlier this year that it was gearing up to produce an electric version of its Chevy Silverado — Morales drives a 2018 gas-guzzling version of the same truck— he’s said he plans to “wait and see.” 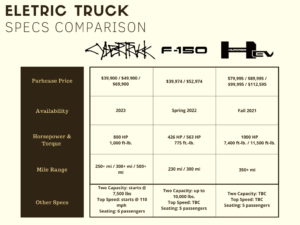 “I'd expect the Cybertruck to be another successful Tesla product over time,” he said. “It may never achieve the F-150’s level of sales but it could have its place in the U.S. consumer truck market.”